Young volunteer gets funding for cows 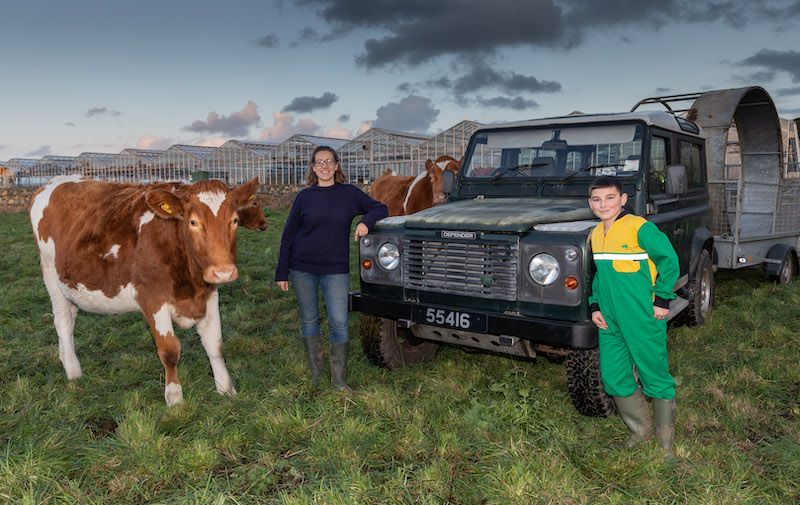 Young volunteer gets funding for cows

A 12-year-old boy, with a passion for Guernsey cows, has spent the last four years regularly giving up his time to help La Société’s Conservation Herd and has convinced a local business to get involved.

Luca Gaudion pitches in at weekends, feeding and caring for the cows.

When he learnt that the herd's Land Rover was in desperate need of maintenance, Luca was keen to help out.

He approached his mum, Kelly Gaudion who works for Skipton International, and asked if the company would be interested in donating to the Conservation Herd. After further conversations, the Skipton Community Fund agreed to give £1,500 towards the vehicle repairs.

"From a very young age, Luca used to make us drive around the fields looking at cows and the farms," Kelly explained. "One day, Julia Henney [the Conservation Herd Manager] turned up and she was moving the cows, so he asked if he could help. He was probably about eight then. He's helped ever since." 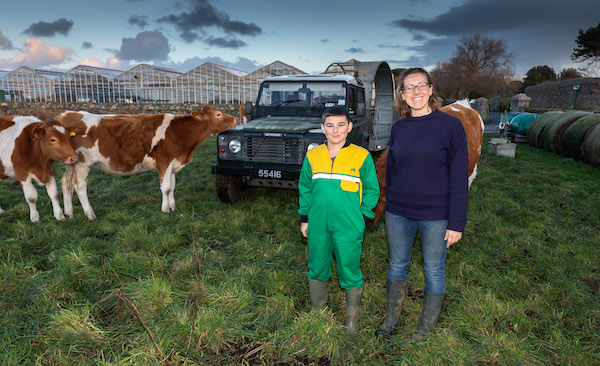 Luca hopes to one day take over as Manager of the herd.

"I move the cows. fill up their water, make sure they're fed and peg out the fields," he said. "It's what I like - cows and farming!"

Kelly added: "As well as moving the herd around the island, Luca also takes on the responsibility of two young calves each year. He raises them from about four to six weeks old and he has to go in daily to give them milk, water, check they're okay and muck them out. They tend to join the herd when they're about nine months old, in the summer months.

"You've got to be dedicated. It is rewarding though, because they're happy and they like to see Luca. They come skipping down when they know he is coming to feed them.

"What Luca does is socialise them, so when they are around the island, if islanders do go up and try to pet them they're not going to be nasty or aggressive because they have been handled."

The Skipton Community Fund was set up in 2018 and now has a pot of £30,000, which is spent on a number of different events and charities each year.

"We're really looking at small charities and events that happen in the Channel Islands that don't necessarily receive sponsorship or funding from elsewhere," commented the company's Community Manager, Aaron Walden. "The maximum donation is £1,500.

"We support a complete variety of charities and events, like the Conservation Herd which is great for sustainability as well!"