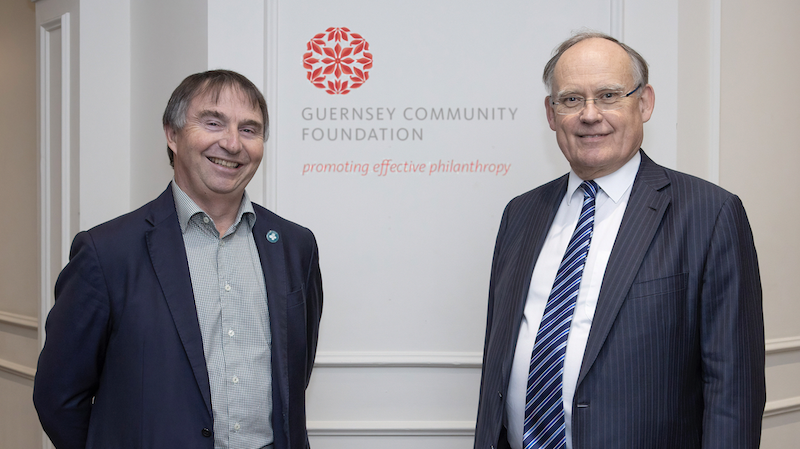 Sir Richard Collas is taking over from Wayne Bulpitt as the Chair of the Guernsey Community Foundation.

Mr Bulpitt is one of the initial founders of the GCF and has held the senior role for the last six years.

“I’ve long been impressed by the work of the Foundation,” said Sir Richard, who retired as Bailiff in 2020. “The island needs a not-for-profit organisation that’s able to harness the power of philanthropy and direct it, in a smart, targeted way, towards worthy causes. I’m looking forward to joining an experienced board and a hardworking executive team.”

Sir Richard, who was guest speaker at last year’s Community Awards, paid tribute to his predecessor. “Wayne took the Foundation from strength to strength, helping it become what it is today: an honest broker and critical friend that works with charities, government and business to improve the quality of life within the Bailiwick.”

“As we continue to deal with the effects of Covid, reliance on local charities will only increase. The Foundation’s role in supporting the sector, financially and otherwise, is vital.

“But the Foundation’s function and influence extends beyond the third sector,” he added. “Both independently and with government, we research and propose social and environmental policies which we believe will be of benefit to the islands.”

Foundation Patron Stuart Falla, who chaired the appointments panel that offered Sir Richard the role, said the team was delighted that the former Bailiff had accepted.

"His legal background, his knowledge of the mechanics of government, and his connections to the third sector all make him ideal. I know that he’ll put his heart and soul into the role, and help the organisation build on the very strong foundations that Wayne and his colleagues have built over the years.”

Pictured top: Wayne Bulpitt is handing over the mantle to Richard Collas.