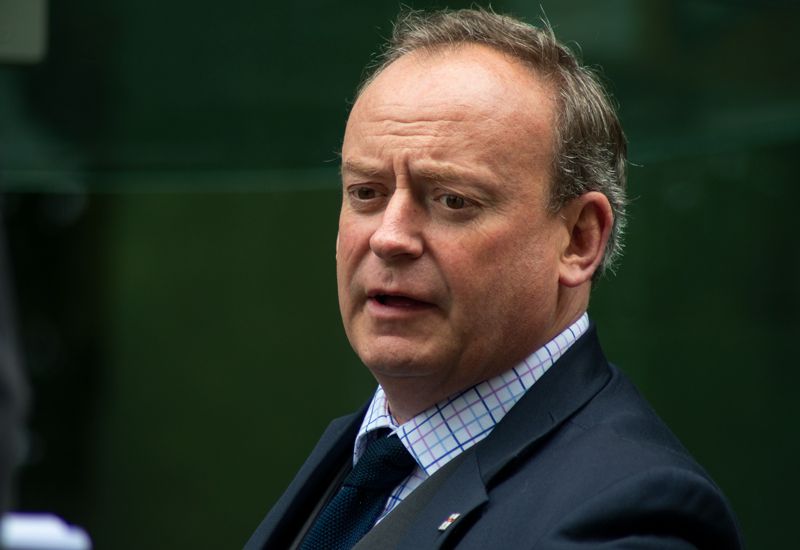 A former Treasury Minister has sought to bust some "misconceptions" about Guernsey taxation, arguing that we should get some perspective and realise how good we’ve got it.

Deputy Lyndon Trott spoke during the latest debate on the Tax Review, which saw Policy & Resources pull back from its original proposals following a successful amendment that salvaged its plans for a GST for another day.

During his speech, Deputy Trott levelled criticism at some in the chamber and the community. He refuted suggestions that Guernsey has both a bloated civil service and high taxes that see islanders get nothing in return.

He referred to conversations he’s had with two members of the public, summing up their joint concerns: “It’s ridiculous how much I pay tax – they say – I get nothing back, and you people who are privately educated, well it’s a disgrace, I bet you’ve got medical insurance, etc…”

In response, Deputy Trott reeled off costs for various essential tax-funded services in the island, including: £8k for a knee operation, £1k per week to keep a prisoner in jail, £12k per annum to keep a secondary school pupil in a states school, and £3.5k per day to fund a bed in a neonatal unit.

“It means that if you are middle earners, with an average income of around £34/35k and an annual income tax liability of £4.5k, the income tax you pay covers the cost of a single pupil in the states secondary system for a little over one term and is enough to keep a premature baby alive for 31 hours,” he said.

“So, if you take someone like me who is lucky enough to pay for private education for one of my children – it doesn’t cost me £12,000, it costs me a little less than that, but by the same measure of course I do not draw on public sector expenditure of 12,000,” he continued.

“These are very important factors and the reason why we should be grateful to the nearly one third of island parents who are educating their children privately.” 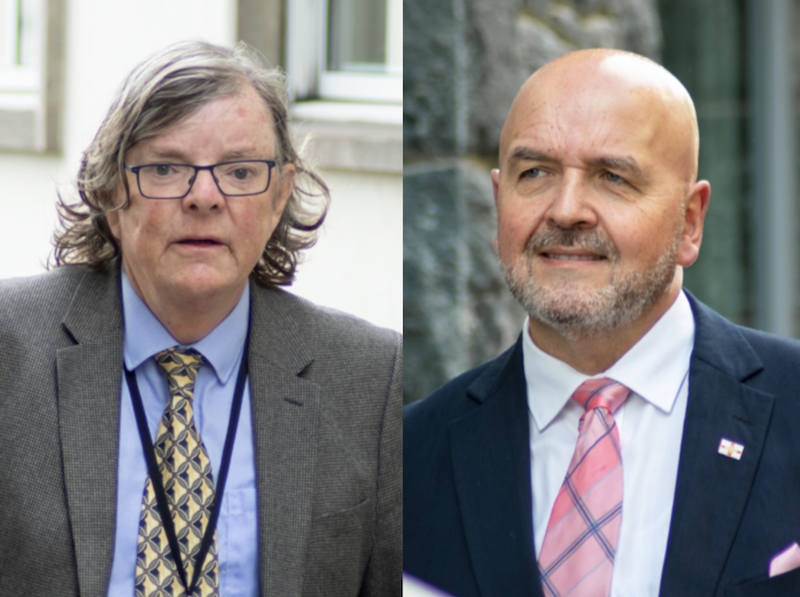 Pictured: Deputy Trott was Treasury Minister from 2004 to 2008, supported by both Deputy Jonathon Le Tocq and Deputy Charles Parkinson, the latter slamming GST earlier in the debate in favour of more investigation into corporate taxation.

In analysing Guernsey’s 21% GDP draw in taxation, Deputy Trott said we are comparably better off than neighbouring jurisdictions.

“We take the lowest percentage of our GDP of any of our comparable jurisdictions that have a tax system regime like ours.”

He said that these taxes will simply not be enough to pay for expanding public services, but went to great lengths to hit back against the ‘bloated civil service’ argument.

“Many assume that we have a bloated public sector, yet as a percentage of our population, our public sector is not in the least bit remarkable when compared to other similar jurisdictions who take much larger chunks of their GDP to pay for public services," he argued.

“A suggestion that there is a bloated civil service is nonsense. Yes, the size of the public sector has grown, but that growth is almost is exclusively within the nursing profession and other medical professions and it is a direct consequence of our ageing demographic."

Additionally, he highlighted statistics that show civil servants pay has fallen in real terms by more than 6%. 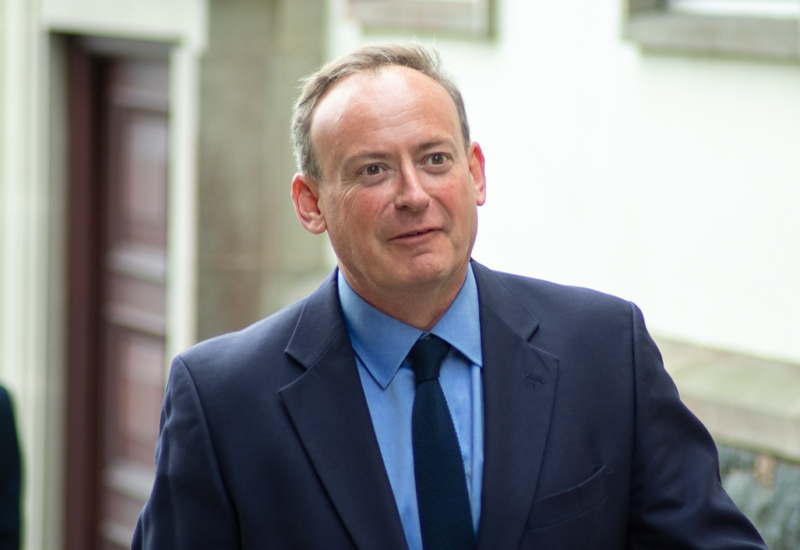 Pictured: “We tax approximately £720m in revenues each year and it costs nearly £2m a day, or more than £80k an hour, to run public services, such as HSC and education,” said Deputy Trott.

Deputy Trott concluded by supporting a health tax that would be exclusively devised to support Health and Social Care as it faces increased pressures from an ageing community.

“It’s a really long slog selling new fiscal messages to this community – you have to be very simple with your messaging, so that people understand that you get tremendous benefit from your taxes,” he said.

“As a former Chief Minister, my job is to talk about realities - the truth.”

Posted by Jean Knight on Oct 15th, 2021
Exaggeration is not appropriate here.
If something is increases exponentially it tend to infinity whereas the numbers appear to have levelled off.
Posted by Ex Pupil on Oct 15th, 2021
I actually take umbridge to the suggestion that we fail to understand the 'tremendous benefit' we get from our taxes. The examples, that Dep Trott stated, of what our taxes go to i have no problem and quite frankly that is what i and the general public expect our hard earned money to go towards.

Seeing as Deputy Trott is good at reeling off figures, how about we put some of these figure into perspective and relate them to some of the 'overspends' that have gone on under his watch:

Put into layman's terms - 'Don't lecture the paying public Lyndon. Get your own house in order first before biting the hand that feeds you'

Your ball Lyndon...........
Posted by TonyVeron58 on Oct 18th, 2021
I also take offence in the manner in which you address the public in delivering your opinion on Tax benefits that the public enjoy from our present system. Your previous achievements in creating the Black Hole from Zero10 since 2008 has robbed the States coffers of Millions of pounds worth of income and your trusted supporters in Deputies Jonathon Le Tocq and Charles Parkinson have both recently lambasted Zero10 and GST in favour of Corporate Tax reviews being essential to Guernseys future…The salesman approach to convincing the public that they are better off than other jurisdictions is a demonstration of your solo flying, which is a consistent irritation of your political views when tasked with providing accurate account of the overspends and lost income opportunities that exist to provide the benefits required for Guernsey people without hitting their hard earned or severely handicapped incomes. You quote the cost of knee replacement at £8k but fail to acknowledge that a Hip replacement cost a private patient over £12k which I had to pay due to eliminate a great deal of pain due to the States Health System not being in a position to offer treatment to a very long suffering patient who has paid maximum Taxes and Social Insurance contributions since 1972…As such let’s hear how you could use your sales skills to seek the attentions of other Deputies to hold internal enquiries on how savings within the States bloated civil service alongside the creation of more profit by supporting blossoming opportunities within the commercial sectors that would generate vast Tax income whilst enjoying the huge benefits that operating from Guernsey has to offer…The public deserve more than they are getting from our Deputies.
To place a comment please login Login »