'Moor' history for museum after being gifted anchor 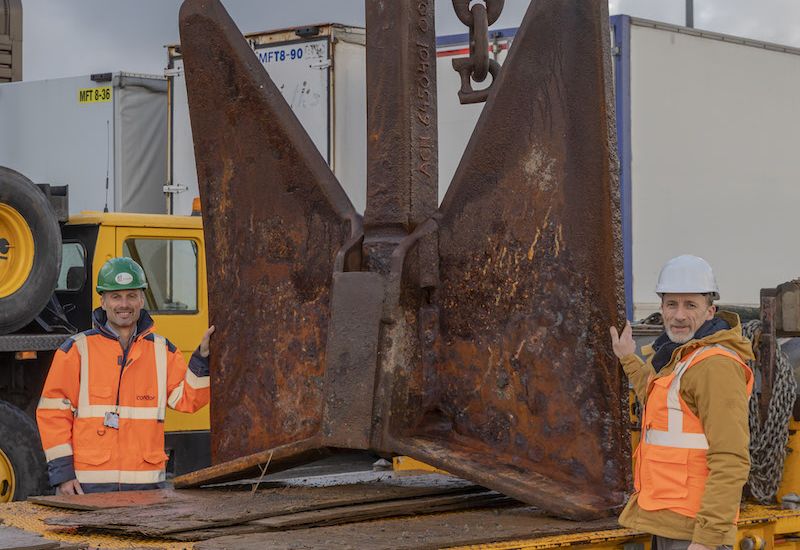 'Moor' history for museum after being gifted anchor

A 25-year-old anchor and chain from one of Condor's freight ships has been gifted to the Guernsey Museum & Galleries at Castle Cornet.

The anchor is one of two being replaced after 25 years in service on Commodore Goodwill. It weighs 3.5 tonnes, measures 3m x 2.7m and was made from galvanised steel.

Rather than scrap it, the company wanted to find a new home, so approached Matt Harvey at Guernsey Museums, who gladly accepted the donation. The anchor and a short length of chain were delivered to St Peter Port after being removed from the ship whilst she was in dry dock in Falmouth last month.

"We have calculated that the Goodwill, and the two anchors, have sailed 1.9 million miles together over the past quarter century," said Condor CEO Paul Luxon.

Mr Harvey, the Social History Curator at Guernsey Museums, hopes to showcase the piece at some point in the future.

"This impressive item will be held in reserve storage in the short term, and the museum has a number of maritime projects in the pipeline that the anchor would be considered for. Currently the museum team are working on developing a new Maritime Museum at Castle Cornet so we are proud now to be able to preserve it for future generations.’

The transfer was made possible by the St. Peter Port Harbour Authority crane and the lifting and transport team from Bob Froome & Sons. 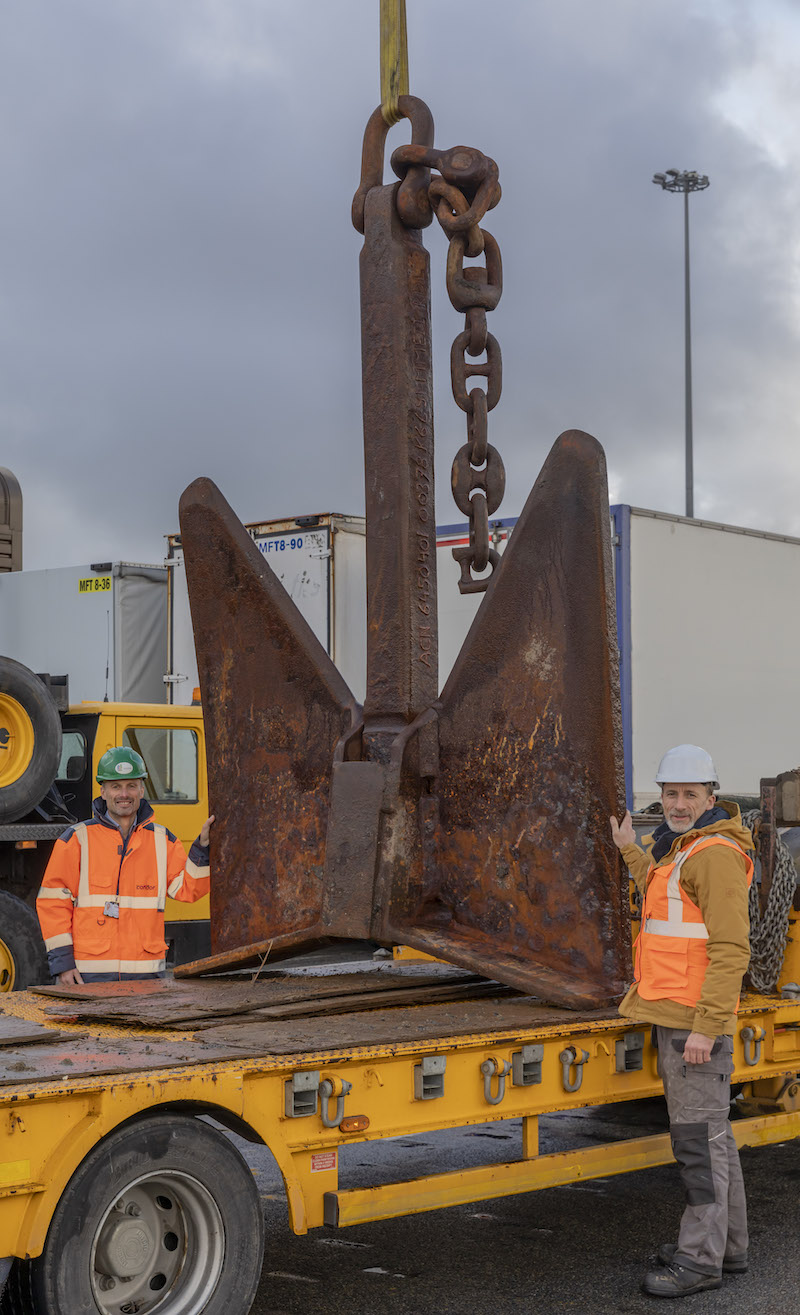 Pictured: Condor’s Ian Le Moigne and Matt Harvey of Guernsey Museums oversee the transport of the 3.5 tonne anchor and short length of chain which the ferry company has donated to Guernsey Museums & Galleries.