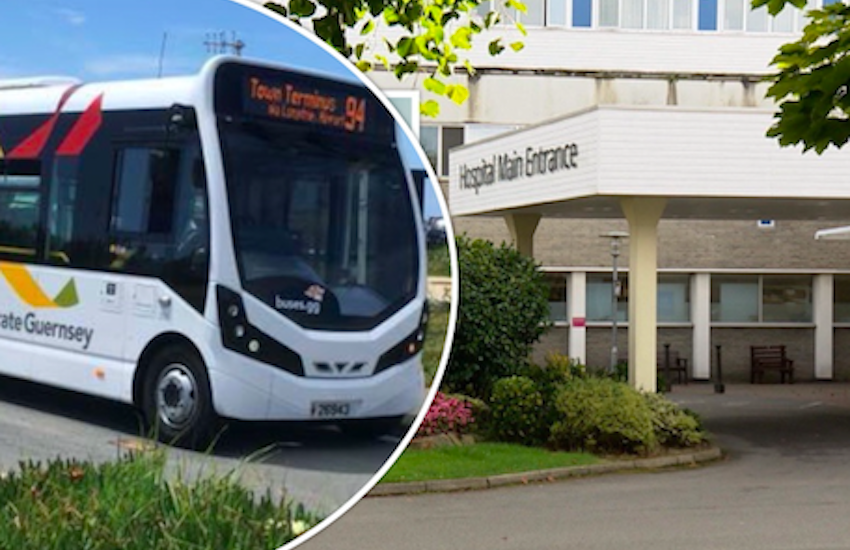 The sheer number of roadworks this week is causing "severe delays" on Guernsey bus network with some routes suffering more than others.

With a number of major routes closed, and smaller roads restricted to residents only or made one way to enable diversions, both the States Traffic and Highways Services team and the bus company had warned of additional congestion this week.

Ahead of Monday, THS said that some of Guernsey's roads would be busier than usual this week, due to "a number of works taking place from Monday (7 November) which will affect a number of commuter routes". They also advised drivers to "allow extra time for your journey".

CT Plus - now owned by Tower Transit - warned that school bus routes would be affected by the huge number of road works, along with other services.

Since then, CT Plus has widened its advice to include details of additional bus services which have run into delays due to the road works currently underway.

Some services have been cancelled while others have been delayed or rerouted with the road closures blamed.

This has affected the roads around the hospital which have now been further restricted to ensure emergency and public service vehicles can safely access the site.

The number 81 - which runs between town, the hospital, and the airport, has been cancelled as it currently can't get on to the hospital site.

While Le Vaquidor is closed, with access to the PEH from the Bailiff's Cross end, an increased number of vehicles have been using Les Oberlands.

That road has now been made one way, from the Ville au Roi towards the hospital, for those wanting access to the PEH. For any other traffic, the lower part of the Oberlands is now a temporary "no entry".

Emergency vehicles and the buses can use the Oberlands in both directions.

Traffic leaving the hospital from the Oberlands side will have to travel along La Rue de la Corbinerie.

A spokesperson for THS said "the lower section of Les Oberlands will be No-Entry, except for emergency vehicles, buses and cycles, from the PEH or Rue de la Corbinerie towards the Ville au Roi. This is necessary to mitigate the traffic congestion in the road section between the Ville au Roi and the PEH entrance which otherwise prevents buses from accessing the PEH site, and in order to ensure that emergency vehicles can access the PEH site without delay."

Drivers leaving the PEH, or heading from the Oberlands or Corbinerie areas towards town should join the diversion route via the Old Forge traffic signals. 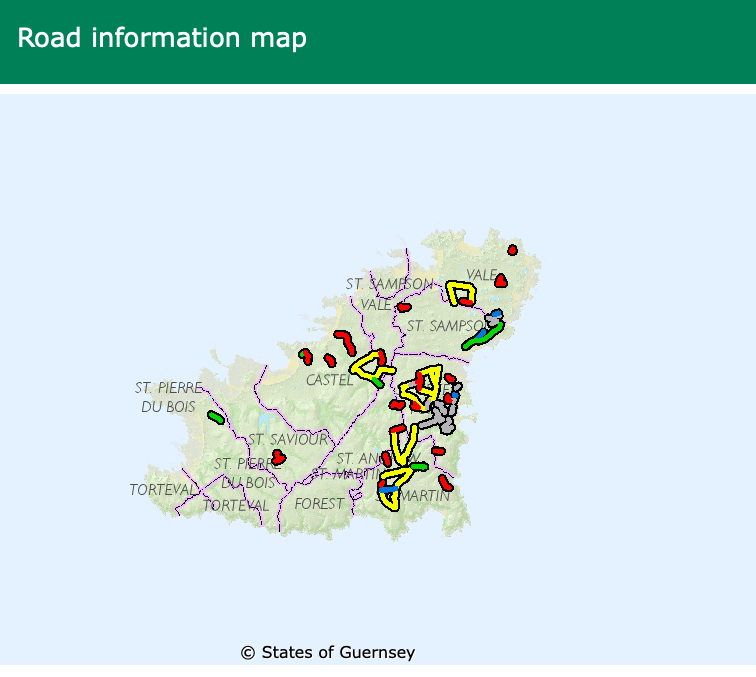 Pictured: The roadworks this week are centred in town, with others out of town also causing congestion and delays.

School buses, and others, affected by roadworks

Bus tracking is back