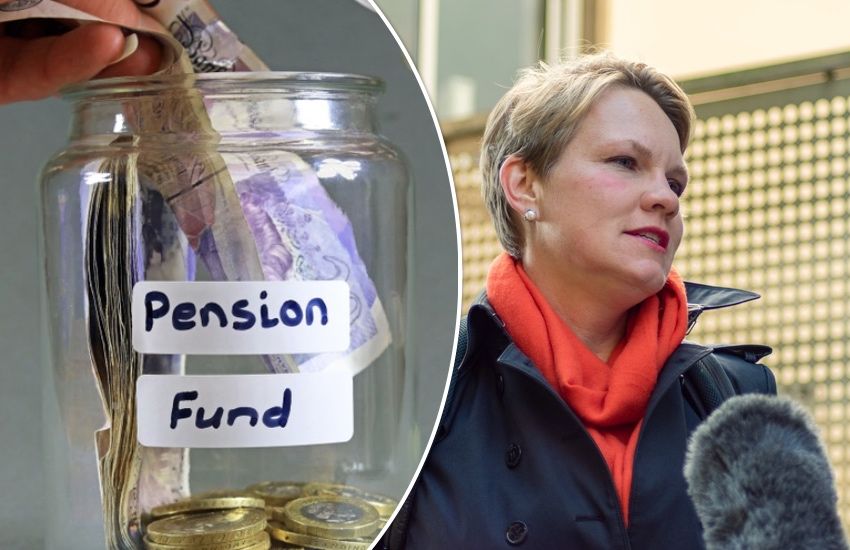 Deputy Peter Ferbrache, President of the Policy & Resources Committee, provided a series of figures on the various economic impacts of the scheme following the submission of Rule 14 questions by Deputy Kazantseva-Miller.

They reveal marginal differences between introducing and not introducing secondary pensions to the projected long-term structural deficit.

Last month, the States’ Assembly voted to delay the decision of whether to introduce the scheme for six months. The proposals will be debated again in November following a successful sursis from Deputies Carl Meerveld and Andrea Dudley-Owen. 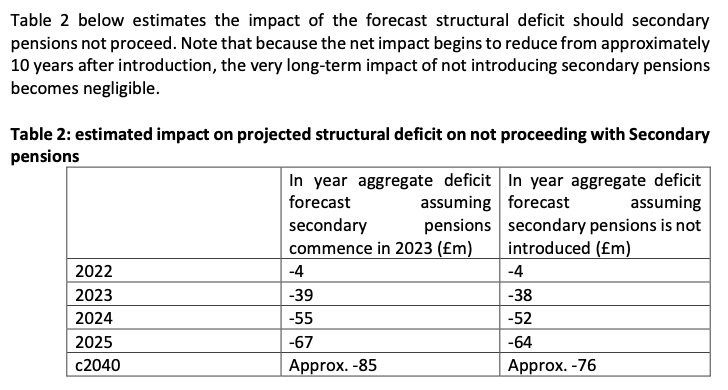 Pictured: The differences between introduction and non-introduction on the structural deficit forecast, provided by Deputy Ferbrache.

Deputy Ferbrache said a six-month delay in introducing the scheme “is negligible in the medium to long term”.

Deputy Kazantseva-Miller told Express that whilst this information is useful, it “does not reflect the short, medium, and long-term effects of pensions on households and their living and health standards.

“The challenge with long-term thinking is that it's too far away for the planning horizon of most people and many politicians. It's difficult to appreciate the benefits of long-term investments, especially if they may have short-term costs.

“This is certainly something I will consider looking more into as we come closer to the debate in November.” 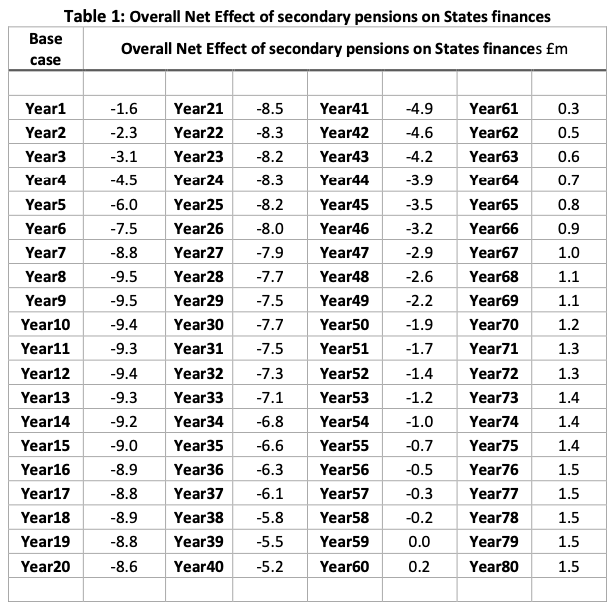 Pictured: It has been claimed that decades will need to pass before the benefits of secondary pensions are tangible.

In his responses, Deputy Ferbrache said the estimated long-term funding requirement for the Guernsey Insurance fund and Long-Term Care Fund is between £80 and £90million.

“Beyond this it is assumed that a modest rate of economic growth will contribute between £60m and £70m of additional revenue by 2040 - at an assumed real growth rate of 0.6% per annum in line with recent averages - and that this will be approximately balanced by a long-term real growth in health expenditure of £2m to £3m a year as the population ages,” he said.

The States’ Treasury factored the expected introduction of the secondary pensions scheme into their deficit forecasts.

They say that approximately 200 households may no longer require income support within 20-years of the scheme being approved.

It is also claimed that the initial introduction of secondary pensions will adversely affect the £85m structural deficit due to a loss on income tax collections on contributions. However, this is expected to “balance out” as pensions move into payment and are therefore become taxable.

Deputy Kazantseva-Miller explained: “Pension schemes that help islanders save for their future have short-term effects on public revenue because less tax is collected initially as pension savings are tax-deductible."

Deputy Kazantseva-Miller continued: “However, they balance out in the future because a proportion of islanders will need less welfare support in the future. Income tax from pensioners also increases if they have more money saved,on which tax is paid in the future.”

She added that pensioner poverty generates poor living and health standards, which directly impact on multiple public services through demand and service costs.

Currently, around 11% of households comprising one or two pensioners claim income support, and many more are eligible to make claims.