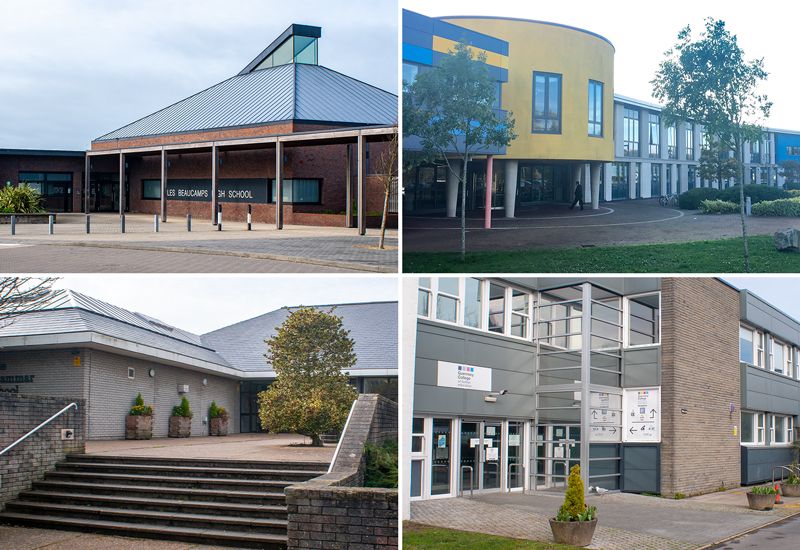 There are now significant risks that a new model of secondary and further education agreed this summer will remain incomplete by the end of the States' term in 2025.

The Committee for Education, Sport & Culture is not yet giving up its target to have the new model fully in place by September 2024 but says "external challenges...represent a real risk to the timeline".

In September, the States agreed by 22 votes to 17 to close La Mare de Carteret High School and move the sixth form centre to Les Ozouets to create a model of three 11-16 schools and a separate sixth form centre at a projected cost of £54million. The proposed timeline included relocating students from January 2024 and having the new model in place by September 2024.

The States started debate on those proposals at their 14 July meeting but debate was then deferred until after the summer recess and concluded on 10 September. In October, while replying to questions in the States, the President of the Committee for Education, Sport & Culture, Deputy Andrea Dudley-Owen, said that the deferral had "completely busted" her Committee's timeline. 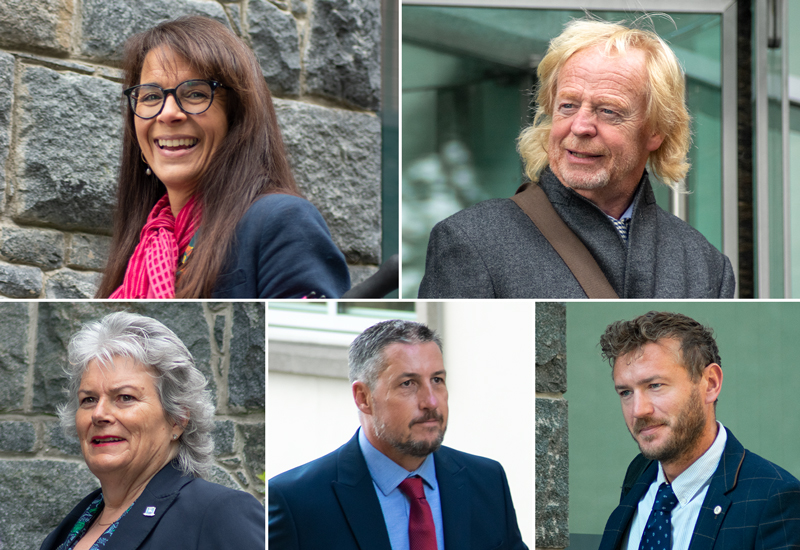 Pictured: The Committee for Education, Sport & Culture is not admitting defeat in its efforts to conclude a reorganisation of secondary and further education by September 2024, but the Committee's most senior advisor says the timeline faces "significant risks" and "ongoing challenges".

Today, the Committee's Director of Education, Nick Hynes, says that “significant risks outside of the States’ control” could also cause delays to the new model of secondary and further education.

“It is important to emphasise that the programme continues to work to the target implementation date of September 2024, and that a range of practical work is underway to deliver against that," said Mr Hynes. "However, I think it is also important to be clear that the external challenges with construction sector capacity and supply chains represent a real risk to the timeline.

“My message today is that we are still working towards the existing timeline for the new model to be fully operational by September 2024, albeit recognising the ongoing challenges in achieving that."

For many years, successive Education Committees have advised against undertaking major relocations during the school year (September to July). This means that any extension of the timeline is highly likely to delay completion of the reorganisation of secondary and further education until after the island's next general election in June 2025. 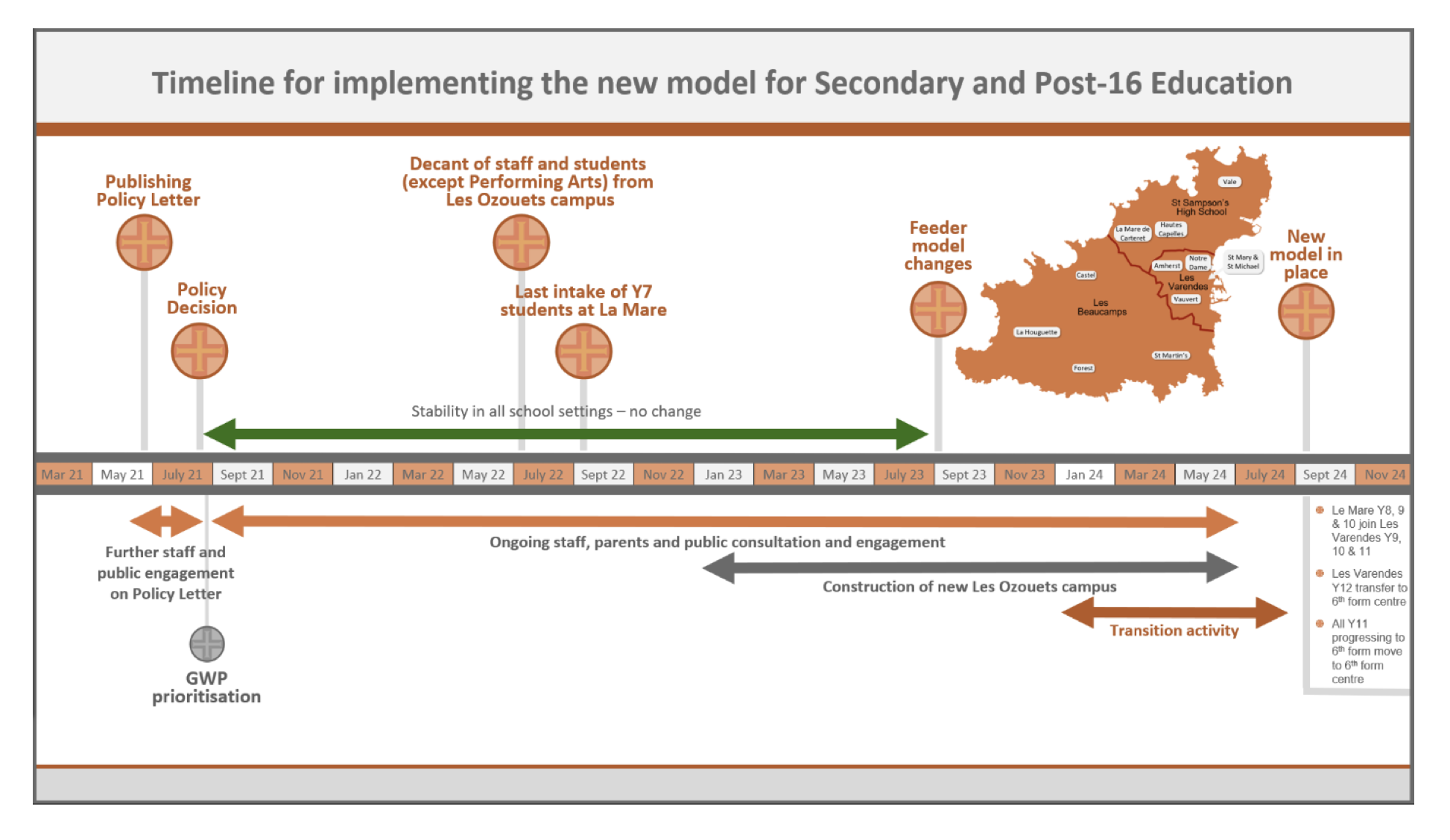 Pictured: The Committee's timeline for the new model of education was set out in its policy letter to the States which was debated in July and September.

“It’s been two months since the States agreed the new model for secondary and post-16 education so we wanted to provide the community with an update,” said Mr Hynes.

“We will be reviewing the implementation plan again in the New Year and should anything change we will ensure staff, parents and carers and the wider community are updated promptly."

Liberation Day events will not return to the Town seafront