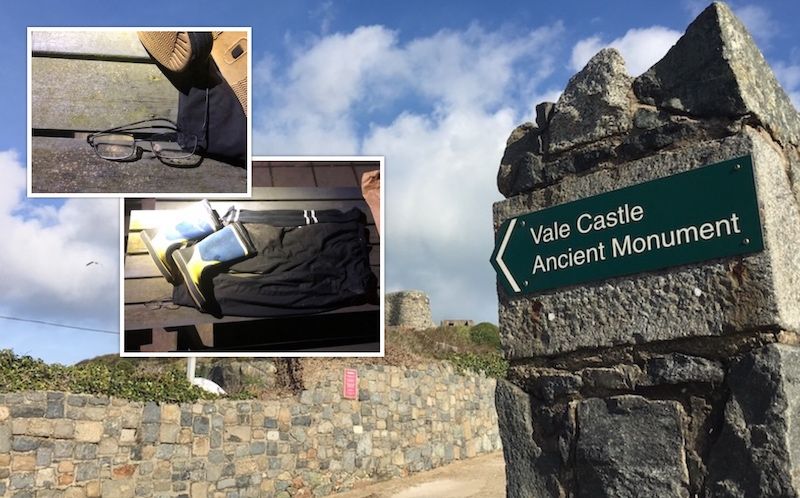 A fruitless land and sea search has been carried out after a pile of clothes were found, apparently abandoned, near Vale Castle.

Guernsey Police were told about the clothes on Saturday night, with a message being shared publicly, asking for information, shortly after 23:00.

A joint operation between Guernsey Police and Guernsey Coastguard saw a land and sea search launched, after the clothes were found in the car park opposite the entrance to the historic site in the Vale.

The pile of clothes also included a pair of wellington boots and a pair of glasses.

Despite there not being any people reported missing at the time, the alarm was raised and the emergency services are still keen to find out who the clothes belong to.

"We are keen to speak with the owner of the clothes in order to confirm their safety. If you recognise these items, please make contact with the Joint Emergency Services Control Centre on 01481 725111 or 01481 720672 and quote Incident Number: 007050," said Guernsey Police.

A number of comments on the police Facebook page suggested the clothes had been there for a few days.

Some said the clothes may have been accidentally left behind after someone went ormering during last week's Spring tides.

Pictured top: The items were found near Vale Castle.