Seal pup season gets started with a request from the GSPCA 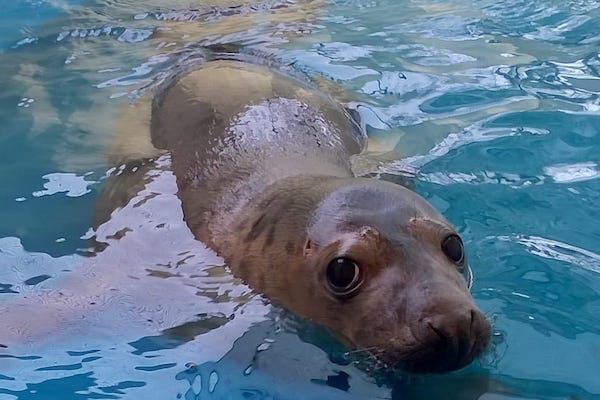 Seal pup season gets started with a request from the GSPCA

With Guernsey's marine life seemingly becoming more of an attraction than ever before, we're all being asked to keep a friendly eye out for any seal pups who may struggle as the sea temperature drops.

The GSPCA is asking for help to ensure the safety of the island's seal pup population after noticing an increase in the number taken to the animal shelter for specialist help every autumn in recent years.

Last year a grey seal pup, later named Temperance, was rescued during the last week of October and was later released off Jethou. Geoff George Animal Collection Officer and main carer for seals at the GSPCA said it is getting increasingly common now.

"Grey seal pups are often born from the end of October around the Bailiwick of Guernsey and we like to let the public know what to do if they see one.

"With bad weather seal pups can often get separated from their mother during their first few days of life which is crucial to help with their development.

"If anyone spots a seal pup healthy or not we urge people not to approach them and to give us a call on 257261." 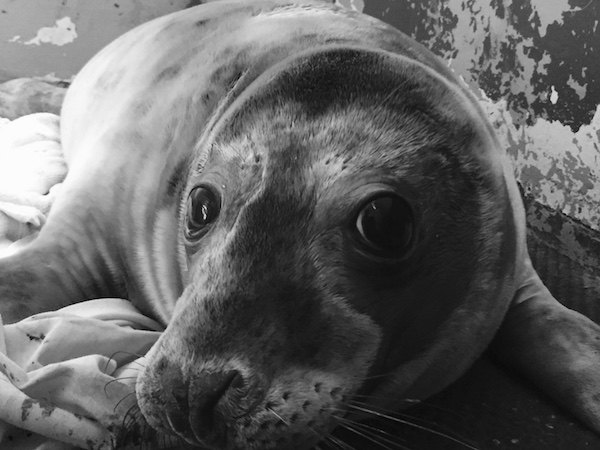 Temperance was rescued last year in October and recovered at the GSPCA animal shelter in St Andrews before being released back into the wild. You can watch her release here.

Steve Byrne GSPCA Manager said seals have been keeping his staff busier each year that he has been in the island.

"It is always hard to rescue and rehabilitate seals which are so weak, but every year in the last six years we have rescued one or two and cared for them and got them back to the wild, although taking months of care and treatment.

"A healthy grey seal pup should look like a fat sausage, but if in doubt please send a picture in or give us a call."

Temperance the grey seal pup released back to the wild. from Bailiwick Express on Vimeo.

"Last year we rescued Temperance the thinnest grey seal pup to come into our care which was found at Beaucette. Earlier this year Temperance was released back in the wild on Jethou thanks to Rib Voyages," Mr Byrne said.

He also warned it is important not to let dogs other animals near seals and said we shouldn't touch a seal as they can bite.

Mr Byrne said not all seals have been abandoned either so it is best to call for professional help.

"Often healthy seal pups will have their Mother watching them from out at sea and it is people that has scared them off, so please do keep your distance and your dogs under control.

"Only recently have wildlife enthusiasts been highlighting the dangers of dogs on the shores to birds and over the next few months seal pups will also have a possible presence, so please do take care and keep them a safe distance."

Mr Byrne said the GSPCA needs some specific information when called out to help seals:

Pictured top: Temperance the seal recovering at the GSPCA animal shelter in Guernsey.