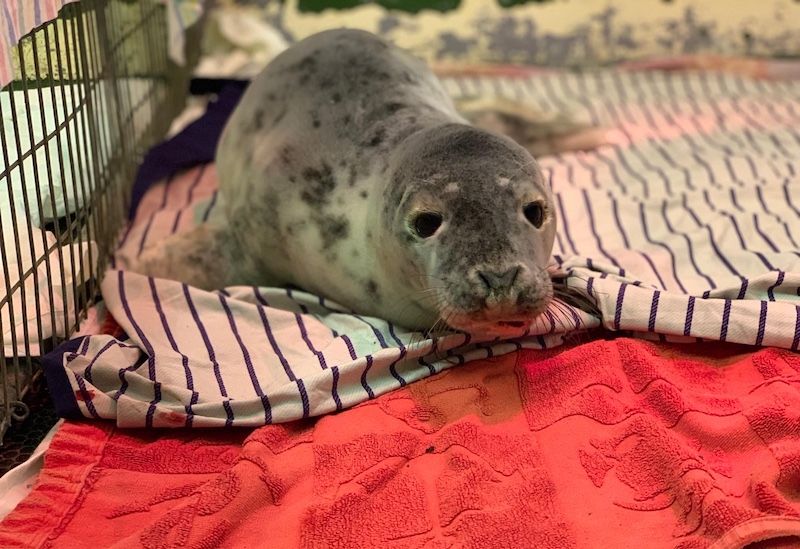 The GSPCA has rescued its first baby seal pup of 2020, with poorly, thin, dehydrated Pebbles now in the care of the animal shelter.

He was on the Shingle Bank on the West Coast when he was found yesterday.

The GSPCA received a call around 16:30, and staff Will Domaille and Neil Hughes took the ambulance down to the beach and helped bring the pup back to the GSPCA.

"The seal pup was a long distance from the sea and there was no mother in sight and due to his condition we just couldn’t leave the sick and very thin seal pup as it wouldn’t have survived the night," Mr Domaille said. 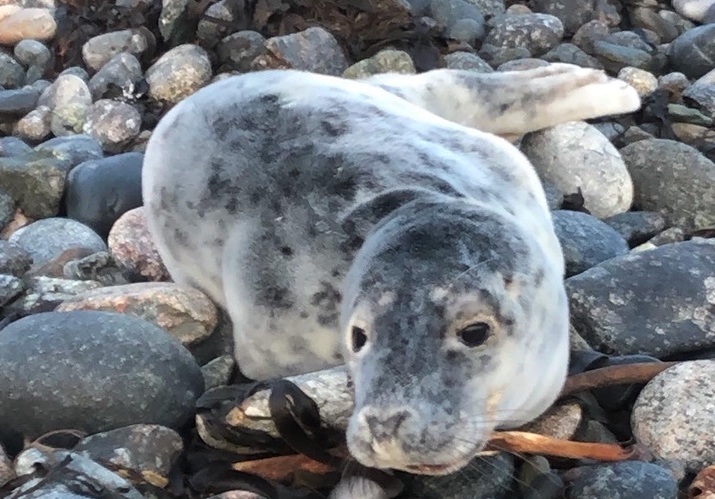 Pictured: Pebbles was found on the Shingle Bank on the West Coast.

When they weighed the pup and it was 14.5kg, when the GSPCA would normally expect pups to be 40kg at that age.

Geoff George, the GSPCA's Head of Marine Mammals, said: "The pup is less than half its body weight and only 2 weeks of age.”

“Although late in the seal pup season locally with the storms I have been keeping an eye on the coast and there may be other pups struggling so please keep an eye out and get in touch if you see any but please do not approach them as you could scare a caring mother away.”

“We have called the seal pup ‘Pebbles’ and it is very poorly with an injured jaw, bad chest infection, dehydrated and emaciated. And the vet saw what we think is a she last night and is popping back this morning.”

If you find a seal pup, the GSPCA said people should keep their distance and send them a photo, or they can call the charity on 257261.

Crash joins Andy in the tank

Help the GSPCA help the 'hogs'