Freedom gets 'seal' of approval from Temperance 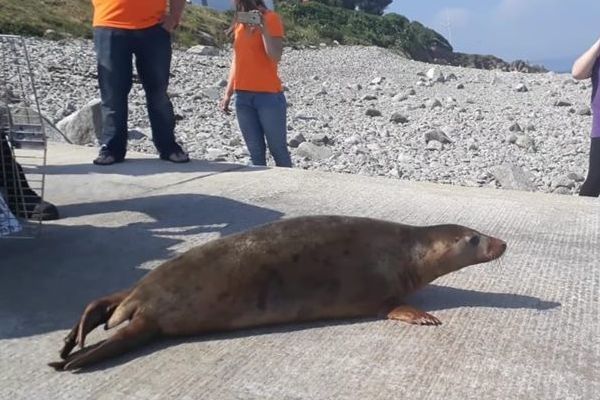 Freedom gets 'seal' of approval from Temperance

Temperance the grey seal pup has been released back in to the wild following months of rehabilitation at the GSPCA by skilled staff.

The pup was rescued from Beaucette in November 2017, and at just 11kgs he was the thinnest seal ever to be taken in. Temperance has taken many months to build the strength and weight needed for release and today was his big day, weighing in at 52kgs.

The team prepared Temperance during the morning of Thursday 5 July, ready for his transportation to the Albert Pier before transferring him onto the Island Rib Voyages vessel to take him to Jethou.

Boxing Temperance was not an easy thing to do and some of the team got quite wet in the process before weighing the now very healthy seal pup who came so close to death many months ago.

GSPCA staff Steve Byrne, Geoff George and Sarah Langlois cared for Temperance throughout his journey to Jethou which went extremely smoothly on a very sunny morning. 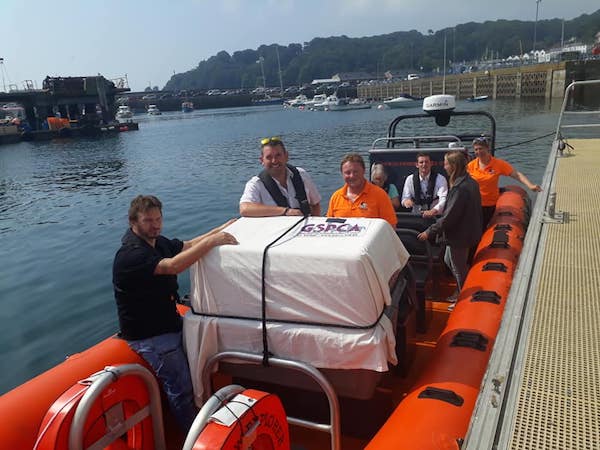 Pictured: The team in the rib with Temperance in the box ready for his journey to Jethou

When the team arrived at Jethou children from Herm School were there as well as Jethou residents who were all excited to see the seal pup released. 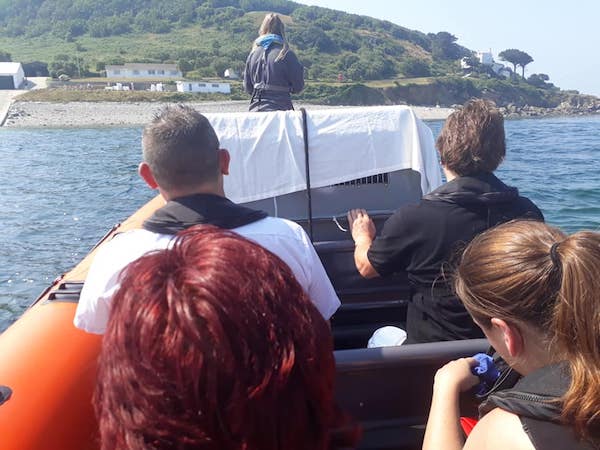 Pictured: En route in the boat 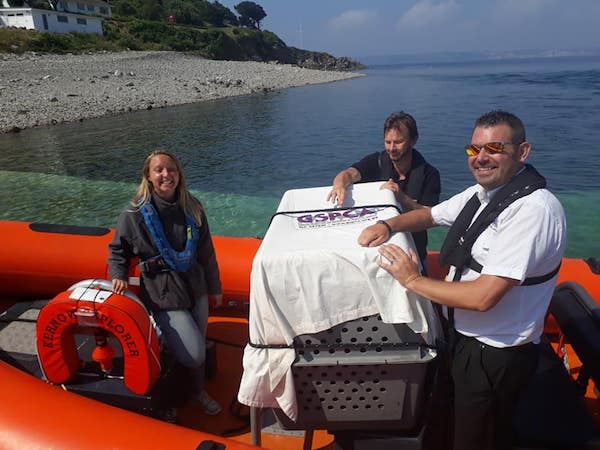 Steve Byrne, GSPCA Manager, said: “Temperance was extremely lucky as he was so weak, thin and unwell when he was rescued last November. At only 11kgs he is the thinnest ever grey seal pup we have rescued in Guernsey. It’s been a long road to get Temperance to a weight ready for release.”

“It is amazing that we are able to release seal pups on Jethou and it was magical to see Temperance swim back to where he belongs. We must say a huge thank you to Dan from Rib Voyages for the transport and to all on Jethou, not forgetting all that have donated and supported his care over the months at the GSPCA.”

“It’s a rollercoaster of emotion caring for these magical animals and to see Temperance swim back to the waters where he belongs was truly amazing, heart warming and inspires us to strive to the very best we can.” 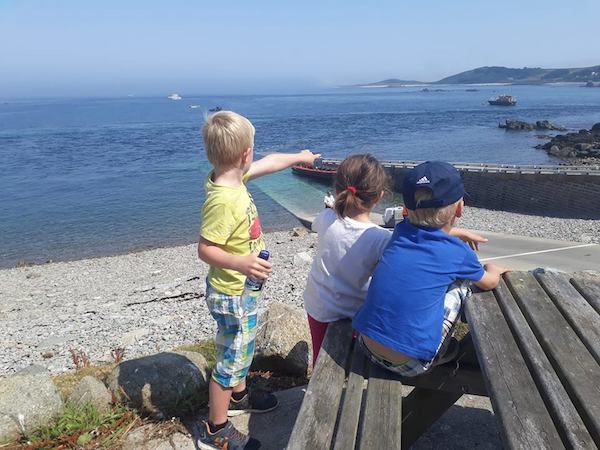 As an educational field trip the whole of Herm Island School were transported to Jethou to witness the seal pup returning to the water. All eight pupils were really excited about the event.

Mary Carey, Herm teacher said: "Its not everyday that you get to see a wild animal released into its natural habitat so for this experience we had to stop our concert practice and make the time as this is an experience of a lifetime. The children range from four years to ten and they are all really excited."

Mr Byrne said: “It’s rare for a whole school to see a seal release but with just eight children from Herm School we thought it would be fine and they popped over and all really enjoyed watching the release from a very safe distance.”

Geoff George, GSPCA Ambulance Driver and Marine Mammal Carer at the GSPCA, said “It is amazing to see Temperance now so healthy as when I rescued him at Beaucette last November he was so thin and weak. At 52kgs he is an excellent release weight and it went so well apart from getting rather wet when we were boxing him up. It was amazing seeing him swim back into the waters where he belongs.”

“We are very lucky to have the facilities to care for seals here in Guernsey and that so many people have donated and helped in his care. It is why we do what we do and to see Temperance back to the wild is what the job is all about. It won’t be long and it will be seal pup season again and if you see a seal in distress please do not approach it but instead call us on 257261.”

Mr Byrne continued; “Since 2012 we have rescued and released seal pups Jethou Bumblebee, Hanois, Bonnie, Eden and Trinity back in the wild on Jethou and last year we helped care for and release to the wild Sami the seal pup from Jersey.

“Also a special thanks to the amazing individuals who donated so many fish to get Temperance to the weight he needed to be released to the wild.”

Dan Meinke from Island Rib Voyages said “It was our pleasure to help the GSPCA team get Temperance over to Jethou and released to the wild. We offer trips and often get to seals and on this trip we even saw dolphins on the way back. Well done to all the GSPCA team for all they do for animals.”