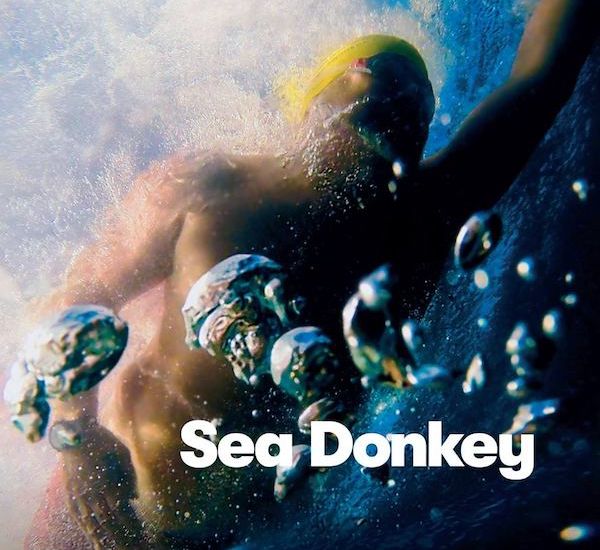 A film about one man's attempt to swim from Northern Ireland to Scotland has surprised its star and its producer after fans demanded a fourth screening in Beau Sejour's theatre.

Filmed by James Harrison, Sea Donkey follows Adrian Sarchet on a personal journey which has thrilled thousands of people since it's release last autumn.

The film was filmed, edited and produced by James Harrison - a swimmer himself who has conquered the English Channel. He followed Adrian Sarchet as he trained for, and swam the 19 miles across the North Channel. That has been described as "probably the most brutal open water swimming challenge in the world".

Supported by the Guernsey Arts Commission the pair aimed to portray "the beautiful, funny and harrowing boundary between ambition and folly in extreme sport". 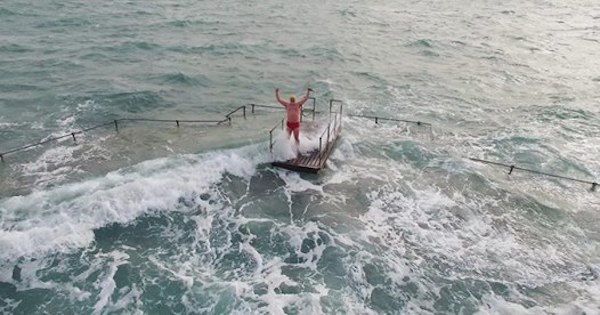 The film was initially screened as a one off at Beau Sejour on 9 November 2017, before being screened two further times due to public demand. Film maker Mr Harrison said he will never forget that first night though: "The first one was something I won't forget in a hurry!

"It was the first time I'd ever watched a documentary in a cinema, and this was probably the same for most other people there. I really had no idea how it would be received in a cinematic environment, to such a large audience, with different expectations.

"It's a very strange experience watching my own work on a huge screen with 400 other people, because I'm watching a completely different film to them. Luckily the reaction was more than I ever hoped it would be, and I've never experienced a cinema atmosphere quite like it". 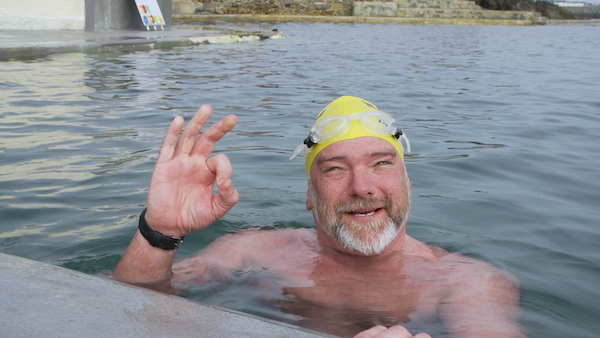 The three screenings so far have all sold out and Mr Harrison says some people keep coming back for more: "A few people have been to all three screenings, which is a huge compliment. I was also pleased that the film passed the "six laugh test" ".

A fourth is now being staged at Beau Sejour on Monday 26 February as many people have been clamouring for more: "Quite a few people got in touch via Facebook to request another screening, and as the first three sold out, we thought we should do it" said Mr Harrison.

He also says he is "incredibly surprised" so many people have loved his film, which was a real labour of love: "Working on something for this long (the project lasted over a 3 year period, taking just over 2000 hours to make), it becomes very difficult to watch the film with fresh eyes. Getting positive feedback from a wide range of people, is great".

As Mr Sarchet aims to become one of the few people in the world to swim each of the Oceans Seven, Mr Harrison says the film, Sea Donkey, has been motivating other people with their own challenges: "I've also heard of people getting back into the pool after 20 years, signing up for ultra marathons, planning Herm swims, and generally feeling motivated to do something... anything!"