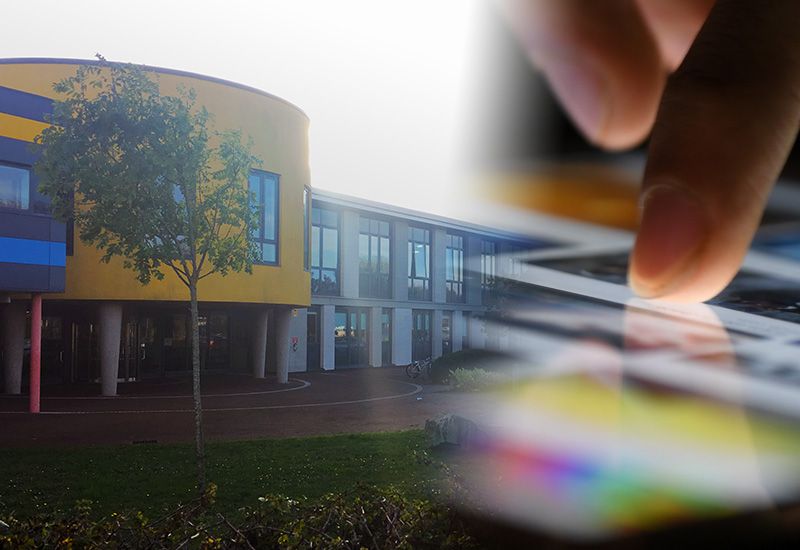 An angry dad is waiting for answers after his 11-year-old daughter was asked to send nude images of herself over a messaging service through an app her teacher wanted installed on her school provided iPad.

He had already told staff at St Sampson's High that he didn't want her using the iPad for social media and asked her teachers to further restrict it so it could only be used for doing her homework on.

Despite the school's IT technician removing the App Store so new ones couldn't be installed, her art teacher allegedly asked for the 'PicsArt' app to be put on it, along with all of her classmates. It was when the girl was using that app at home on Monday night that she told her mother someone had messaged her asking her to send them nude images.

Her father contacted the school immediately on Tuesday morning and says he was told that a warning would be sent to other parents advising them to check their own child's iPad. By the time school started on Friday morning that message had still not been sent to other parents and the girl's dad was growing increasingly angry and worried that it could have happened to other children.

He then contacted Express again to say a message was sent out at nearly 11:00 regarding his concerns. The message said:

"A parent has expressed concern about the iPad app Picsart. We've removed the app pending investigation. If your child isn't in school today pls check their iPad & remove the app. Thank you for your help. Mrs Bolt."

“The application in question has been removed from school devices. We are working to establish the exact circumstances around how this situation occurred, and until we can be certain it will not happen again, the app will not be re-installed. The safety and well-being of our students is a priority and the school is carrying out a full and thorough investigation.”

Pictured: The PicsArt app was downloaded to students iPads so they could use it for art work. It's rated 12 but was given to pupils aged 11 to use.

The father is still concerned though. "I want other parents to know the risks these iPads have, even with precautions put in place - they aren't tough enough precautions," he said.

"The security of it just isn't that good and other parents need to be warned.

"You think if the school is putting these apps on the iPad why aren't they checking them? Are they meant to check them or are precautions not put in place?"

The girl's parents had signed the consent form allowing her to use the school issued iPad but her dad has questioned why apps with messaging functions were installed without the parents being advised so they could keep an eye on what their child is doing. The app which was put on the girl's iPad was also for children aged 12 and over, but she is just 11. Her dad says they weren't told she would be using apps with social media functions or for older age groups.

He has tried to discuss this with the school but said he has not got very far yet and he has taken legal advice and spoken to Guernsey Police, who have confirmed to Express they are aware of the situation.

A Guernsey Police spokesman confirms there is an investigation.

St Sampson's High issues iPads to students to enable them to do school work and homework online. Parents are asked to sign consent forms if they agree to their child having one, with some believed to have refused to give permission for their child to have the equipment.

The school then uses various apps in its lessons, including PicsArt which is described as an 'image editing, collage and drawing application and a social network.'