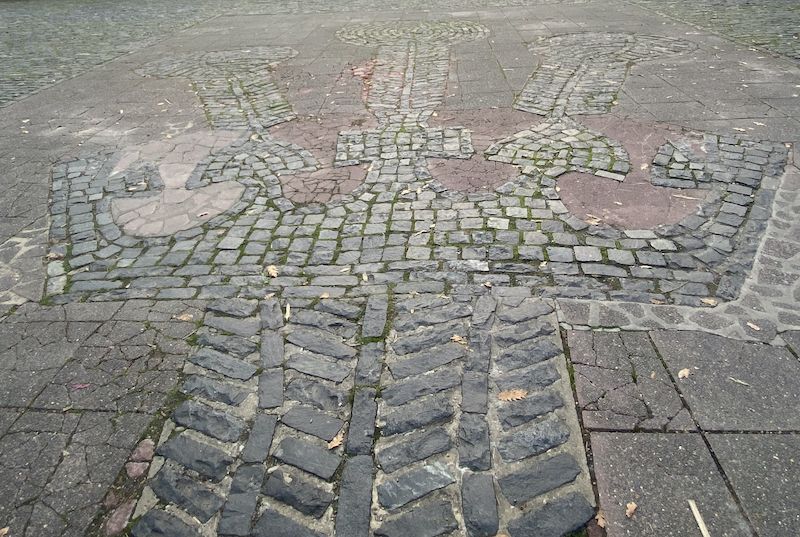 Planning permission for the resurfacing of Saumarez Park’s front car park has been granted, despite concerns over the loss of a historic crest of the Prince of Wales Feathers.

The approved planning application permits the removal of the uneven granite setts and patio slabs in favour of tarmac.

It is speculated that the crest at the heart of the car park was created to mark the 10th anniversary of the instatement of the Prince of Wales (1979) or possibly for an unofficial visit made by him in 1976.

Two letters of representation were submitted objecting to the repaving of the carpark. One of those suggested put forward another account of events - that the Prince of Wales Feathers were placed by a Guernsey worker as an act of resistance during the Occupation.

When consulted, The National Trust of Guernsey (NTG) said it did not believe the Feathers were not placed during the Second World War and were instead laid during the 1970s or 1980s in a commemorative capacity. 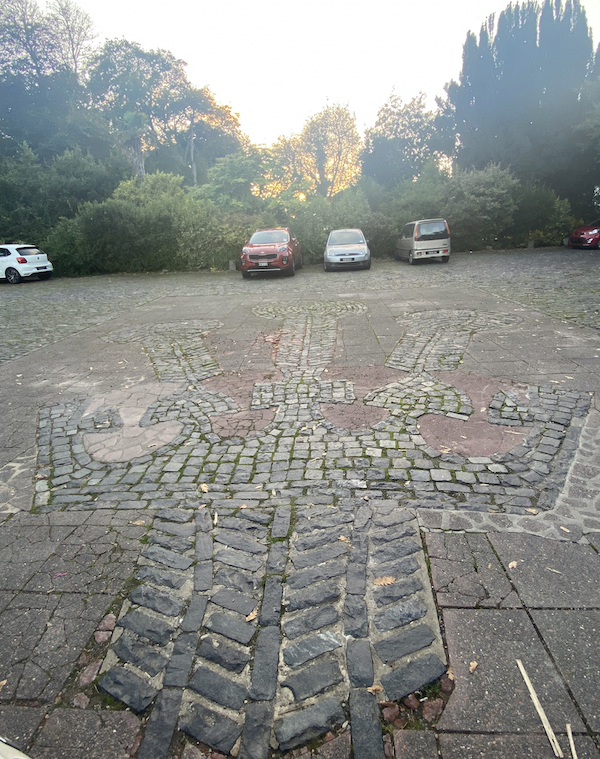 Pictured: The NTG observed that the crest is now in poor condition due to vehicles parking and passing over it for years.

It also noted that the States appeared to have made no attempts to "consider its merits as a heritage asset or potential options for its preservation.”

Ultimately, the NTG felt that it did not have enough information about the crest to offer firm comment on the need to preserve it. However a spokesperson said it would "welcome further discussion" prior to the final decision.

Agriculture, Countryside and Land Management Services - a department of the States - said it was unaware of any “special commission of the surface or contextual link to grounds of St John’s residence".

Research suggest the Feathers are not formally designated, nor so they have any statutory protection on the grounds of special interest. 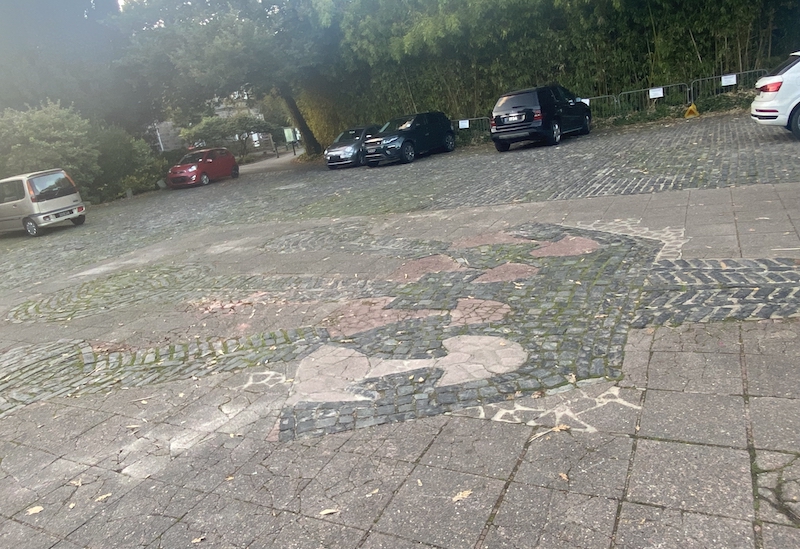 Pictured: ACLMS describes the car park's current condition as a tripping hazard, as the granite setts are breaking up and being dislodged by heavy vehicles.

The proposed resurfacing is accepted as a “temporary but stable fix” with the potential for a proposal to resurface the entire area.

The Planning Officer’s report concluded: “Whilst there may be a desire to conserve and create public art and improve the public realm, it is considered there are more appropriate ways to achieve this rather than through the retention of the cobbled surface which is not fit for purpose.”

There is currently no timeframe for when the work will start.