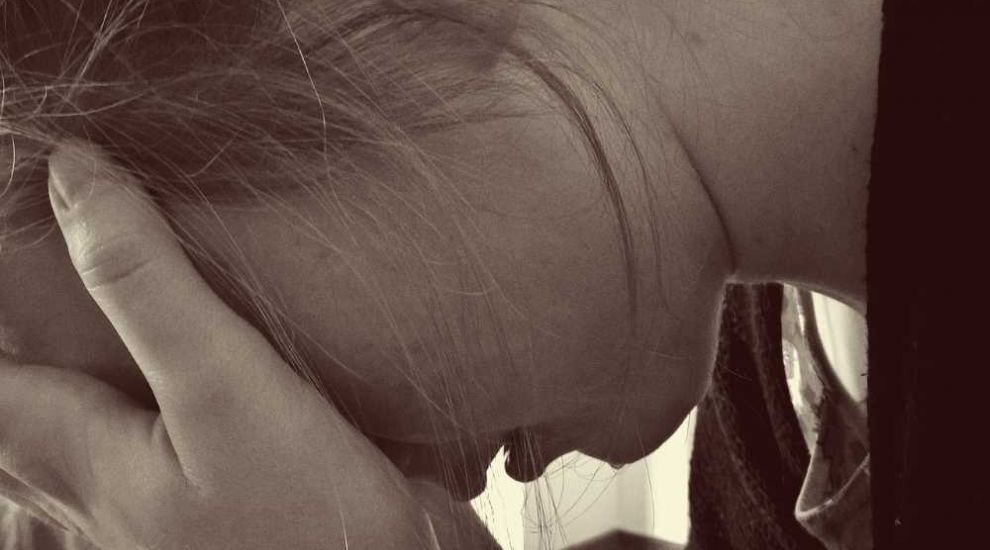 Guernsey's new Sexual Assault Referral Centre is on course to open next year under a pilot scheme, aimed at changing the way the island deals with sexual assaults.

A recruitment campaign has started to find a manager for the future SARC.

1/ We're now recruiting for someone to manage the future Sexual Assault Referral Centre (SARC). Home Affairs is looking for someone to lead and manage the development of the SARC from its conception, now, through its commencement and then the evaluation of the pilot scheme.

The States wants to find someone to take on a three-year contract with responsibility for setting up the new SARC.

The new role comes with a pay packet of around £60,000 per year, based on experience in a relevant sector. That is based on a full-time member of staff, being paid double what the initial estimate was for a part-time co-ordinator/manager.

Whoever takes on the new role will be employed through the Committee for Home Affairs. With responsibility over policing, law enforcement, and justice, Home Affairs was tasked with setting up the SARC by the States. Now, Home Affairs said it's ready to go to the next stage with someone employed to "lead and manage the development of the SARC from the point of conception, now, through its commencement and then the evaluation of the pilot scheme".

Pictured: The full job description and other details can be found at gov.gg HERE

Work on setting up the SARC started earlier this year. Initially Home Affairs looked at examples of other centres elsewhere and talked with key stakeholders including within the health and justice sectors.

Now, it's ready to employ someone who will then take on the responsibility of setting up the SARC. It's estimated the SARC will cost around £200,000 per year to run when it is open.

That will pay for support systems to help people who have been victims of sexual assaults, and also cover the cost of collecting evidence. The new facility will not be at the police station to give victims somewhere they can go which will hopefully be more comfortable and comforting for them.

Home Affairs has said the SARC will be vital as the island changes the way sexual violence is tackled.

Deputy Rob Prow, President of the Committee for Home Affairs, said: “Following unanimous support from the assembly at the end of 2021 to fund the introduction of a pilot scheme for a SARC in 2023, we have directed officers to undertake the necessary work to establish what a Sexual Assault Referral Centre could look like in Guernsey. That important work has now been done, and we are ready to recruit someone to drive the project forwards into its next stages.

"I know the Committee all take the issue of sexual violence very seriously, and we look forward to working alongside whoever is appointed to this role to implement this key piece of the puzzle.”

Deputy Sue Aldwell also sits on Home Affairs and she agreed that "addressing sexual violence as an issue in our community is something that has been very important to us as a Committee so far this term."

She said: "The SARC is just one of the elements we have been looking to progress, however it is a very important one. We must do everything we can to ensure victims of sexual violence have a safe place to go, and a Sexual Assault Referral Centre can be a place that is detached from the criminal justice system, but that is still safe and has trained professionals ready to support people in a vulnerable position.

"Equally, I continue to be determined to reduce the number of these incidents which happen in the first place, and we will continue to work toward that goal.” 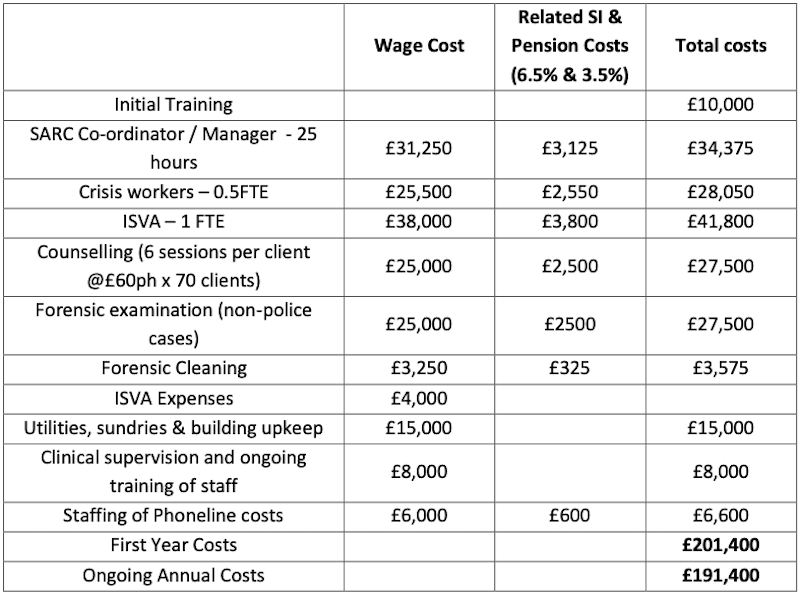 Pictured: Running a Sexual Assault Referral Centre was estimated to cost just shy of £200,000 a year when the unit was first agreed by the States.

Crime statistics from before the covid pandemic show that there were numerous reports of sexual assault in Guernsey in 2019.

Using those 2019 rape figures as an example, 21 of the 51 reports were dropped by the complainant, who chose not to pursue a prosecution. Qualitative research also indicates that only a fraction of assaults are ever logged with police. 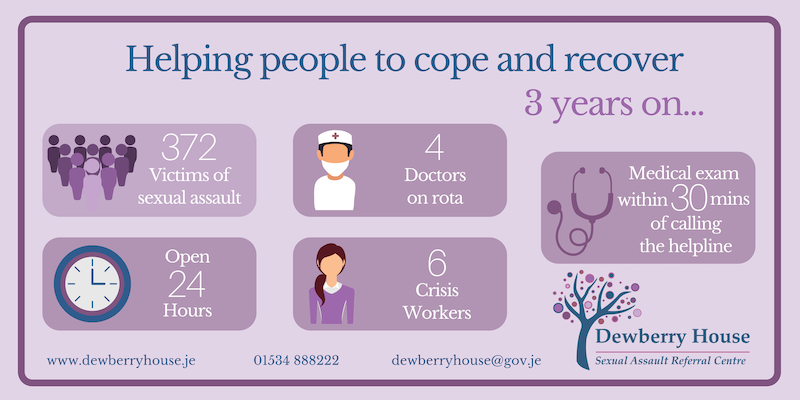 Pictured: Jersey set up a SARC in May 2017 and published this infographic three years later outling the work it had done.

National figures indicate that around 80% of sexual assaults and 92% of rapes are committed by men against women and children.

The 2018 Crime Survey for England and Wales estimated that 700,000 people aged between 16-59 were victims of sexual assault in the previous 12 months.

Less than one in five victims of rape or assault by penetration reported their experience to the police and of that one in five, only 1.4% reached court and received a conviction.

Using assault rates in the Southeast of England as a comparator and applying the same methodology to Guernsey would equate to around 400 adults in that age range, mostly women, being assaulted or raped every year.

Delivery of SARC could be sped up

Sexual assault victims "too frightened to go to police"