Rugby Festival to see more than 400 children get active 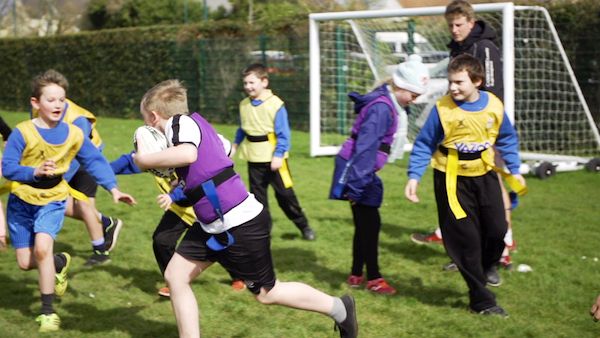 Rugby Festival to see more than 400 children get active

The majority of the children will compete in Tag Rugby matches - the non-contact version of the game played with a squad of 10 players, with seven players (including one girl) on the pitch at any one time.

For the first time, this year’s Festival will also feature Transitional Contact Rugby for some of the Year 6 participants.  Three teams will compete in games that introduce the concept of the tackle and it is anticipated interest in this format will grow in future years.

The Festival is organised by Rugby Development Officer Steve Melbourne and the team at the Guernsey Rugby Association. They are supported by volunteers of all ages from the local Rugby Academy and Senior Schools. It is sponsored once again by Canaccord Genuity Wealth Management which has supported the event since it started in 1999.

With cup, plate and bowl competitions in two different age groups and a Certificate of Participation awarded to every participant, there are a range of prizes to be won.

Rugby Development Officer Steve Melbourne, said: “We are grateful to Canaccord Genuity Wealth Management for their continued long-term support.  Without their dedication to Rugby on the Island we simply wouldn’t have the resources to stage such a large event.  It means we can continue to develop year-on-year and we are delighted to welcome, for the first time, a team from Alderney to this year’s event.”

“It’s also great to welcome back the team from Le Rondin School this Saturday. They take part every other year and the students have been training hard in our dedicated coaching sessions in the run up to the Festival. One of the great things about Rugby is it is a sport that is inclusive; irrespective of background, education, age, or ability.”

Supporters are welcome to join in the spirit of the festival and refreshments will be available throughout the day.