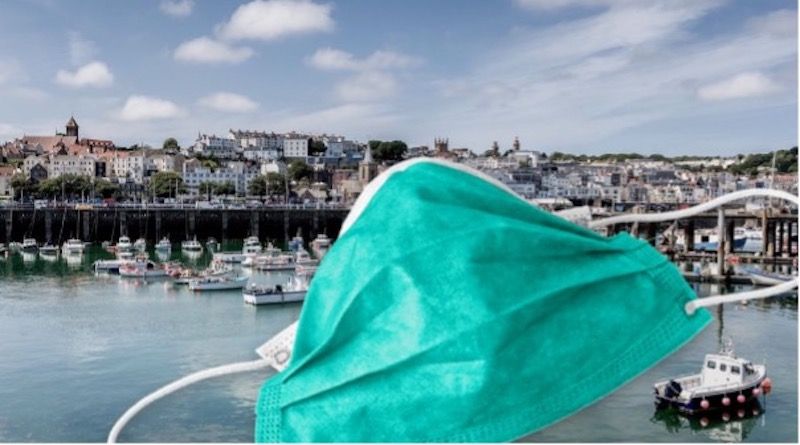 The Authority said it "discussed in detail if it should make the use of face coverings mandatory but voted against this".

This means that face coverings remain voluntary but "strongly recommended" in close crowds, where physical distancing is not possible at work and indoors where there is poor ventilation.

"The decision not to make their use mandatory was in line with a range of evidence and advice from officers in different service areas including public health and other medical experts," said the CCA.

Pictured: The States' latest testing figures identify 440 known active cases in Guernsey and Herm (which are reported together), two in Sark and three in Alderney.

On Friday, the Chairman of the CCA, Deputy Peter Ferbrache, wrote an open letter to the Bailiwick in which he encouraged people to improve the "poor use" of face coverings since the CCA recommended them several weeks earlier. The CCA said that since then many more people were wearing face coverings as advised.

"A crucial factor in the decision was the increase in use of face coverings seen across the community in the past few days with several of the large retailers reporting around 80% of islanders using them," said the CCA.

"The CCA was very encouraged to see far more people wearing face coverings, and members expressed their appreciation to the whole community for taking responsibility not just for their own health but for the health of others.

"The use of face coverings - alongside regular Lateral Flow testing, staying at home when unwell and PCR testing those with symptoms – helps to avoid transmitting the virus without causing too much disruption in the day to day lives of islanders."

The latest testing figures - released by the States at 13:30hrs yesterday - showed 48 new cases of covid-19 but also 38 recoveries. At that time, 135 people were awaiting test results. The total number of known active cases is now 445. There have been nearly 2,000 cases since the end of the 'second wave' on 27 February, but the number of cases has risen rapidly in the past month.

The US Centers for Disease Control have moved Guernsey to Level 4, the highest risk category, for American travellers

Pictured: Deputy Charles Parkinson commented on Guernsey being moved into a higher level of risk by the authorities in the United States.

This has prompted the postponement of some large events in the island. And the Centres for Disease Control and Prevention in the United States has now elevated Guernsey to 'risk level four', which means Americans are asked to avoid travelling here. This follows the number of infections locally exceeding the United States' threshold for concern, which is 500 new cases per 28 days per 100,000 people.

The deputies who sit as voting members of the Civil Contingencies Authority are Peter Ferbrache, Rob Prow, Al Brouard and Lindsay De Sausmarez.