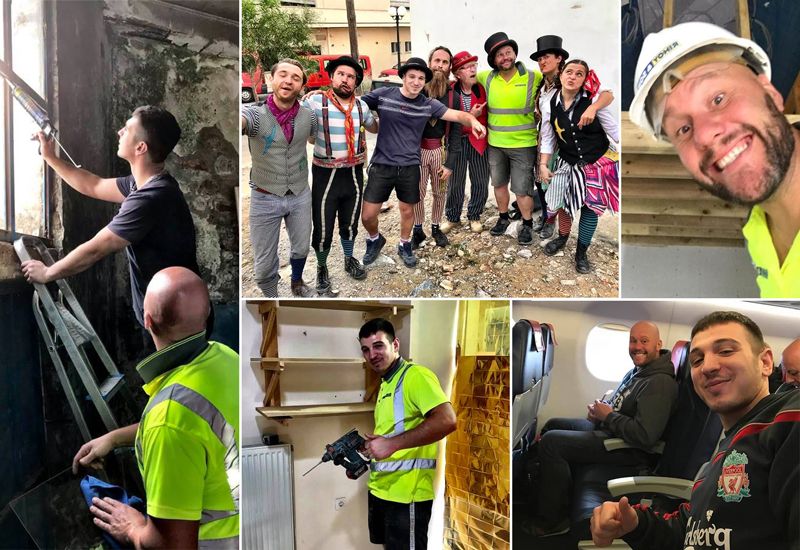 Two staff from Rihoy and Son have swapped building sites in Guernsey for a refugee camp in Samos that's been described as 'horrific' to help out some of the most vulnerable people in the world.

With thousands of people held there, the refugee camp on the Greek island is massively over-populated - it was only ever intended to house 650 people on a short term basis. Estimates now put its population at more than 7,000.

Guernsey resident Sarah Griffith is among the Aid workers who have made the trip to Samos to try and help the people there.

She first went in 2015 and last month she went back for a week, where she was horrified to find the situation hasn't improved since her first visit. More recently she returned with two volunteers, Craig Thomson and Marley Montgomery, 'loaned' to her by their employer. 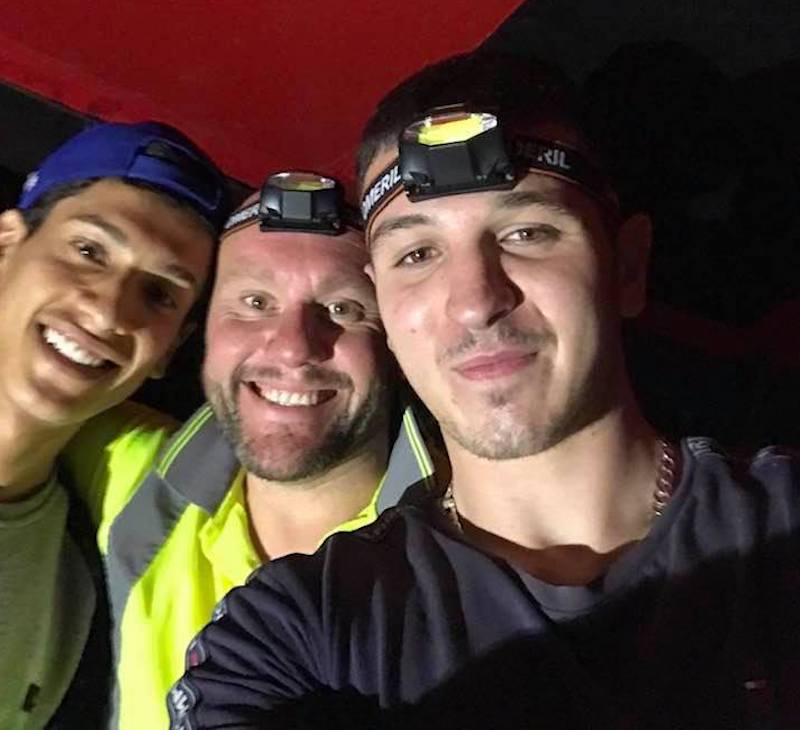 "Three weeks prior (to her trip with Craig and Marley), I was there working with a group I've worked with previously, called Rescue Foundation. It really affected me badly - I came away thinking we haven't moved on since 2015 when I started doing refugee work.

"The camp on Samos is the worst - it's a refugee hotspot, built for 650 - but there are upwards of 7000 people there, all in holding cells. It's unbelievable, shocking. Just horrible.

"I came back very upset and angry. No one is doing anything to get it better for the people who are there."

Since she came back from that trip, Ms Griffith has met with Guernsey Deputy Jonathan Le Tocq, and she's arranged meetings in the UK with representatives from the UN and other organisations to try and see progress made in helping the refugees.

"There's malnourishment and diseases," she said. "It's just horrible.

"They're going to the toilet in the woods - so then in the rain it comes down. It's horrific."

On her return from her trip last month, Ms Griffith approached Jeremy Rihoy and asked if he could "lend me a carpenter or two."

He said yes and offered her the services of a lead carpenter and a third year apprentice, who were happy to fly out to Samos to help in the relief work.

While in Samos Craig 'Cleggy' Thomson and Marley 'Sol' Montgomery were put to work at the medical centre.

Ms Griffith said they helping to do some modifications in the clinic, created a consultation area out of a cupboard, put up shelves and curtains, installed air conditioning, put up holders for sterilising containers on the walls and a variety of other things.

At the main distribution centre - which handles hundred of people every day - they fixed a window and fixed the doors of a property which was recently leased.

Ms Griffith said the conditions shocked the men, who had "never seen anything like it". 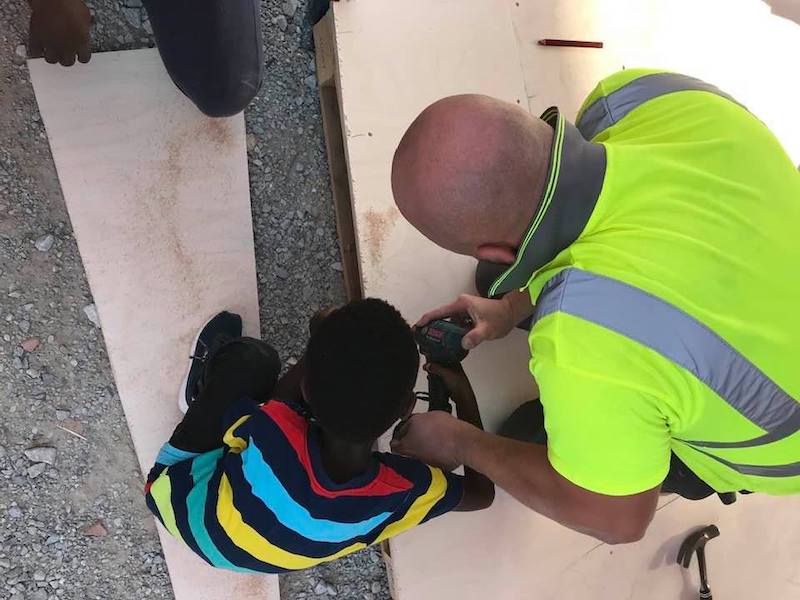 Pictured: Craig Thomson from Rihoy and Son at work in Samos.

"There's disease, injuries from where they've been beaten up on their journeys, bed bugs which are biting the children, deep seated chest infections, trench foot and all sorts of horrible things.

"They give them welcome packs as they arrive. 248 people arrived on Samos yesterday (Monday). It's on a steep slope so it's dangerous and it's filthy, it's so hard to describe it

"The guys have never seen anything like it. Craig said 'I've just realised how lucky my children are' and 'it seems like mine have got so much and they're so lucky'."

Ms Griffith is heading back to Samos in three weeks and says other volunteers are more than welcome to join her.

"If anyone who wants to come with me, please get in touch, if you've got carpentry skills or similar especially."