"A revolution that doesn't hurt anybody" 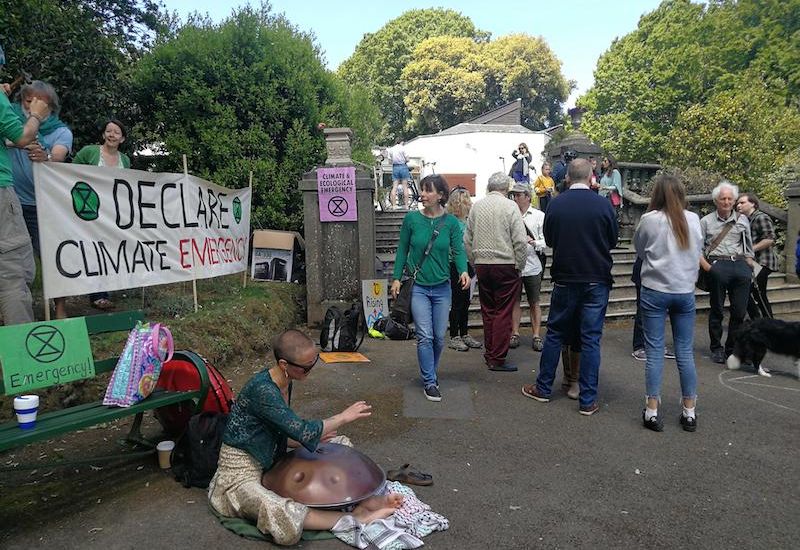 "A revolution that doesn't hurt anybody"

Extinction Rebellion: Sea levels, temperatures and carbon dioxide levels are rising - we are in a "last chance saloon" for the planet.

Around 100 walked or rode from the Guernsey Aquarium to Candie Gardens yesterday morning at the latest group action rally.

The recently formed Guernsey contingent of Extinction Rebellion sought to promote the idea of "ripples" of change urging local people to see the potential for the island to become a beacon of sustainability for the world to follow suit.

Following the last Book Bomb action which saw group members hand out the climate emergency manual There is No Planet B to deputies, this time a bike ride and rally aimed to show the growing concern among the population that a climate emergency should be announced. 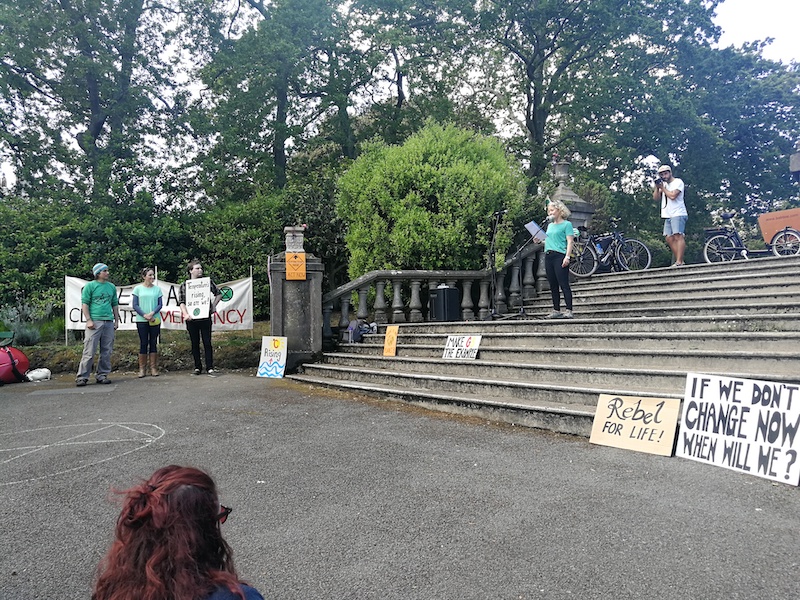 Pictured: One of the group's founding members Camilla Smiley introduces the speakers to the rally.

Deputy Lindsay De Sausmarez praised the turn-out especially considering the amount of young people of school age who were present at the Candie Gardens meeting point.

"This is about change which will affect you and you when you are my age, your own children and your children when they are my age," she urged.

The 'active modes' of transport demonstrated in the rally were particularly focused on by Deputy De Sausmarez who encouraged people to 'have fun' by using environmentally friendly forms of transport, the biggest cause of carbon pollution in our island. 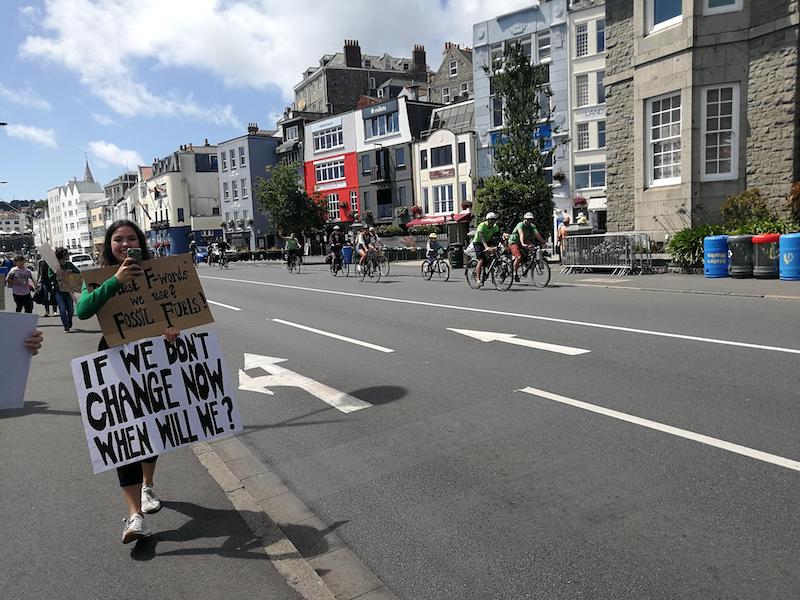 Pictured: Cyclists and riders en route to the Candie Gardens at the Extinction Rebellion rally.

Dr Andrew Casebow also took to the microphone to address the crowd on the evidence for a climate crisis in the wider world and closer to home.

"We are actually in a last chance saloon on this. The current level of carbon dioxide is over 3% higher than it was last year.

"It's three degrees warmer than it was 30-40 years ago in Guernsey. The sea levels are rising at 3mm a year, predicted to be two metres by the end of the century, parts of the island in the north are already one metre below sea level, imagine the walls we'll have to build around Guernsey," he said. 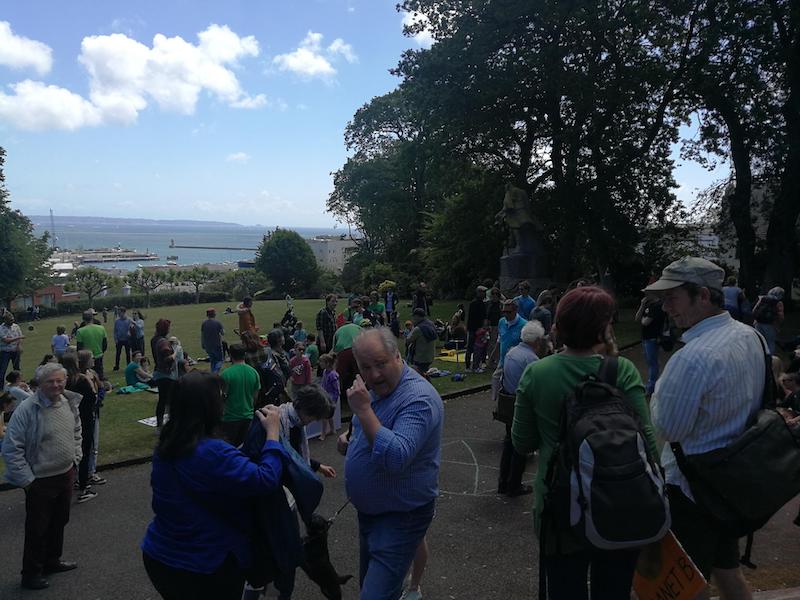 Pictured: Some of the rally members gathering at Candie Gardens.

Deputy Barry Brehaut - President for the Committee for Environment and Infrastructure - talked emotively about the real impact for change members of the public and elected politicians can bring about.

"There was much talk about how some politicians have decided not to believe the 97% of scientists who have evidenced climate crisis. If I was about to get in a lift and 97% of lift engineers told me to take the stairs I know what I would do.

"There have been several 'associations' formed on the island in the past year, what are they offering us but the status quo? Imagine on election night the excitement if we could get 10-20 people elected who had some interest in our environment?

"It doesn't take much, tread lighter on the earth, think about what you are taking from it, is it really that difficult? This is a revolution that hurts no-one."