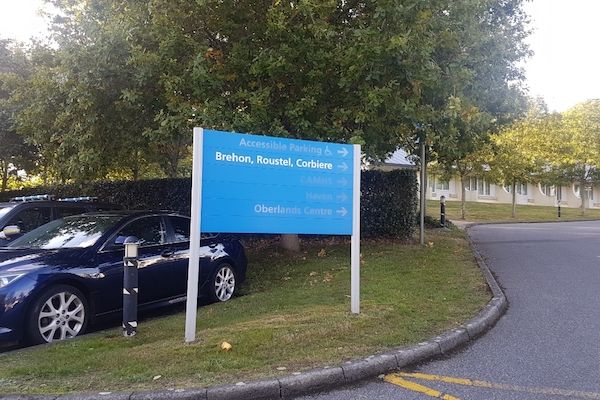 A review of Guernsey's mental health services will be released as soon as possible - following criticism aimed at the care provided by the Oberlands centre.

The President of Health and Social Care has released a statement following the confirmation that charges have been brought against two people following the death of a patient.

Guernsey Police said two people have been charged with manslaughter by gross negligence following the death of 22-year-old Lauren Ellis.

Miss Ellis passed away while under the care of the Oberlands centre last year. Prior to her death, Miss Ellis had spoken out about her own mental health and had set up a social media group on Facebook for people to speak openly about their own situations and to help and support each other.

Pictured: Miss Ellis set up the 'Mental Health in the Channel Islands' support group on Facebook before her death in 2017.

An investigation into Miss Ellis' death was launched soon after she passed away in 2017, with Guernsey Police now confirming that two people will appear in court charged in connection with her death.

"A 31-year-old man and a 30-year-old woman have been charged with an offence of manslaughter by gross negligence following the death of a 22-year-old woman at the Oberlands Centre on 12 October 2017.

"Both have been bailed to appear in the Magistrate’s Court on 22 October 2018."

"On behalf of the Committee, I wish to extend our deepest condolences to the family and friends of Lauren Ellis for their tragic loss."

Deputy Soulsby's statement continued, "due to pending criminal proceedings against two former employees, HSC is limited in what it can say at this stage. However, in order to provide assurance to the community, I would like to take the opportunity to highlight some of the immediate steps taken following the tragic death of Miss Ellis. In addition to fully supporting Guernsey Police with its investigation, HSC also instigated an independent and external review into the mental health services we provide.

"Whilst I am sure everyone will understand that we are unable to provide details of the review’s findings while criminal proceedings are ongoing, I wish to make it very clear that we will publish the report in full as soon as we are able. However, what I am pleased to be able to say at this stage is that the external reviewer confirmed their overall impression was that mental health services provided to the people of the Bailiwick are of a good standard. The review did identify some areas of the service which could be strengthened further, which we welcome and have taken the necessary steps to implement its recommendations."

"The Committee is unable to comment further until criminal proceedings have been concluded."

Mental health services have also been put under the spotlight following the death of businessman Gerard Kelly, known as Ged Kelly, who died earlier this month.

The verdict recorded at his inquest held on Friday 21 September, was suicide. His funeral is due to be held today.

Mr Kelly's family have asked for donations to be paid in his memory to Guernsey Mind, for the 'Stop Male Suicide' campaign, or 'Man Club', both C/O Lions Mind Centre, Town Arsenal, St Peter Port, GY1 1UW, or The Guernsey Bereavement Service at guernseybereavementservice.com.

Law change will “greatly improve the wellbeing… for children”