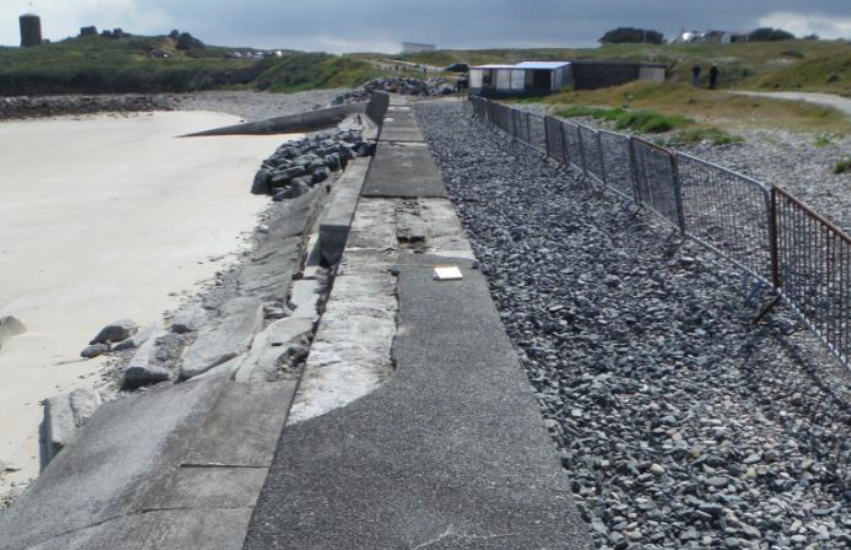 Repairs to the most undermined and vulnerable sections of the eastern end of the L'Ancresse anti-tank wall are expected to cost at least five times the amount suggested by 'save the wall' protesters in the States earlier this year.

Work is taking place to reduce the risk of the structure's immediate failure by pouring concrete into the voids in panels eight and nine and installing rock armour to help fortify this section of the wall, which has no foundations.

Back in 2017, Environment & Infrastructure received States backing to press ahead with plans for a managed realignment of a 130m stretch of the coastline at a cost of around £1 million.

The project did not progress as planned, even though a sursis to halt the work was ultimately unsuccessful, missing key weather windows in which to undertake the work. Another bid to preserve the wall made it through the States earlier this year, with political protesters arguing that an investment of £200,000 over 10 years would be enough to "provide the optimum chance of the wall remaining intact" for another decade. 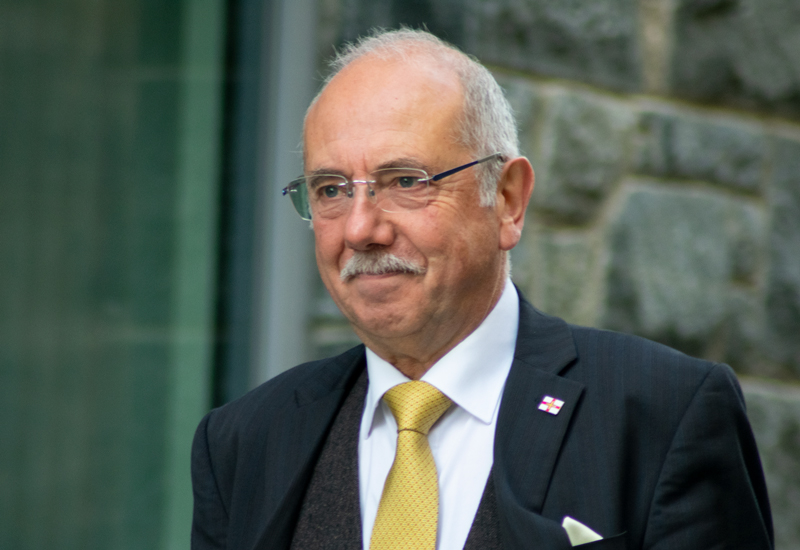 Pictured: Deputy Al Brouard led the requete through the States earlier this year.

In reality, E&I have said that reparatory work is going to cost around the same, or more, than it would have cost to come up with a long-term solution.

"The requête outlined setting aside £200,000 for maintaining the anti-tank wall over a 10 year period. However, the cost of delivering the demands of the requête are likely to be in the region of five times this figure.

"The precise costs cannot be provided at this time as the works have not yet been tested with the market place and will likely be subject to inflation. An additional consideration is it is impossible to predict the severity of future storms and the subsequent extent of any future deterioration which would impact on the cost of the works over the period of the requête."

The previous E&I Committee compiled a "detailed plan" for the necessary maintenance following engineering studies over the summer. The new committee has been left scrambling to re-organise its budget in order to meet the costs.

"Discussions will continue to take place with the Policy & Resources Committee over how the work can be funded," the committee said. "In the meantime, however, the most urgent works are being funded through the Committee for the Environment & Infrastructure’s budget reprioritisation."

The current work is due to be completed by the end of the week.