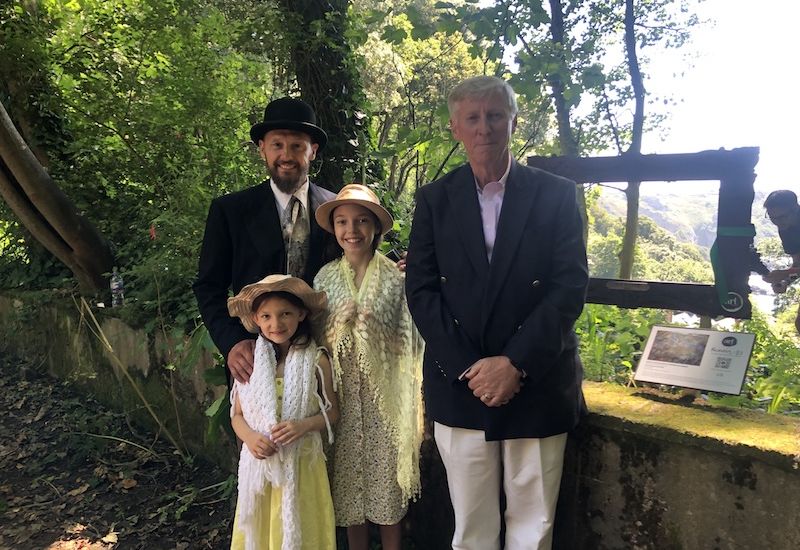 The Renoir frames at Moulin Huet, which encourage passers by to pause and appreciate the very views that inspired the French artist's paintings, will become a permanent public exhibition.

The steel frames were erected by Art for Guernsey last year to commemorate the 100th anniversary of the artist's death and the short time he spent in the island.

They were commissioned to echo the ornate frames Renoir chose for his own artworks and are strategically placed along the cliff path so viewers can stand in the exact spots he would have done and see Moulin Huet Bay from his perspective.

Art for Guernsey then held a five day exhibition, which saw more than 2,500 people walk the route and interact living history performances.

Originally, the frames were only going to be temporary fixtures, but the organisation has now received planning permission to keep them up permanently. 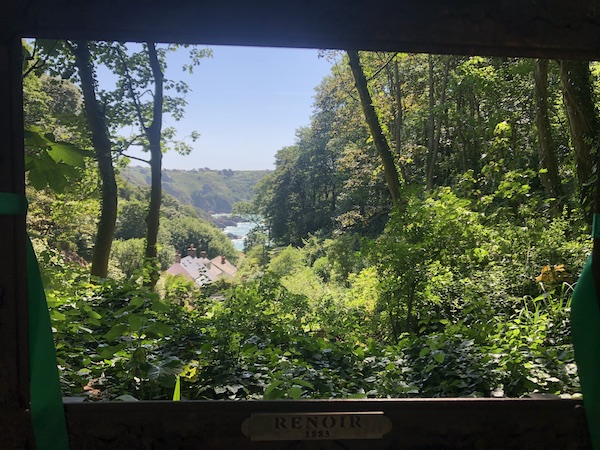 Pictured: The view from one of the Renoir frames.

"In 1883, Renoir came to the island for about five weeks and last year we felt it would be nice to celebrate his footprint," said Founder of Art for Guernsey, David Ummels.

"We are here today because of the public's support; literally the hundreds of messages we received asking us to keep those frames in situ that pushed us to apply for permanent planning permission. Now we have been successful in that and I'm delighted that this project has been delivered, once again, cost-free to the tax payers, because Art for Guernsey is 100% privately funded.

"We feel it is going to be an asset that will be inspiring for the community and will also support the local tourism industry. One of the main remits of Art for Guernsey is cultural diplomacy and we do believe we can positive promote Guernsey through the arts."

His Excellency the Lieutenant Governor, Vice Admiral Sir Ian Corder, went along to Moulin Huet yesterday for the official unveiling of the permanent exhibition.

"Sometimes when you live somewhere, you don't necessarily appreciate all the beauty and attributes of that place," he said. "As an outsider, one of the things that has caused me mild surprise is the degree to which some of the greatest cultural figures of the 19th century passed through or lived in Guernsey and it doesn't always seem to be a thought that's at the heart of our community. 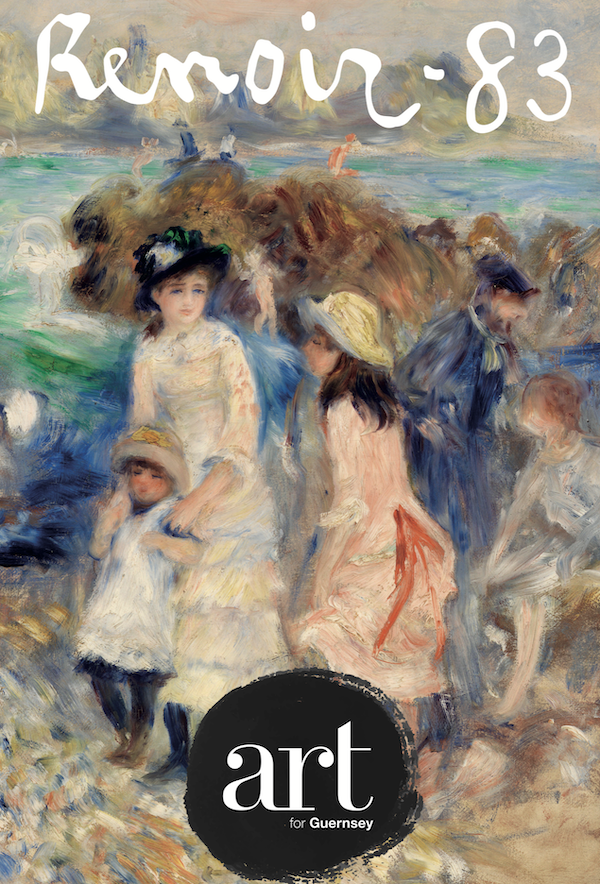 Pictured: The walk was curated by Art for Guernsey.

"Sometimes, it takes people from outside, such as David, to come in and point out the fact that one of the great masters of the 19th century, Renoir, found inspiration in the place that we're lucky enough to live in, or that one of the two literary giants of the 19th century lived here for 15 years. But I think it is through efforts of organisations such as Art for Guernsey that that is slowly changing and long may it continue to do so."

Art for Guernsey is planning to make a "major announcement" next week on how the organisation will continue capitalising on Renoir's significance to Guernsey.

"I think there's a really important role now for art and cultural aspects of our society, and those organisations that support and promote them, to use the interpretive medium of art both to reflect on what has happened but also to offer a few pointers and suggestions as to how we want to build back."

For more information on Art for Guernsey and its work in the island, click HERE.

Pictured top: His Excellency the Lieutenant Governor with Dave Hyett as Renoir, and Dave's daughters Ruby and Evie.

Temporary exhibition open to all