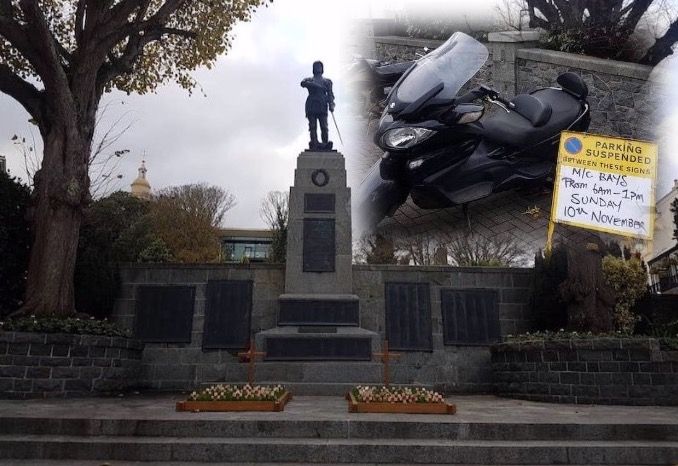 The final preparations are being made today, before the Bailiwick honours its war dead tomorrow.

As is traditional on Remembrance Sunday, Guernsey’s main Act of Remembrance will take place at the island's War Memorial at the top of Smith Street.

Crowds are expected to gather, ahead of a parade of military personnel and veterans, which will start at the Town Arsenal, before making its way to the War Memorial where those involved will line up to pay their respects.

Island dignitaries will also be in attendance.

A bugler will sound the last post at 10:58 prior to a two-minute silence at 11:00. The silence will also be marked at Castle Cornet, which will be open between 10:00 and 13:00 with free admission, where a gun will be fired to mark the beginning and end of the silence. 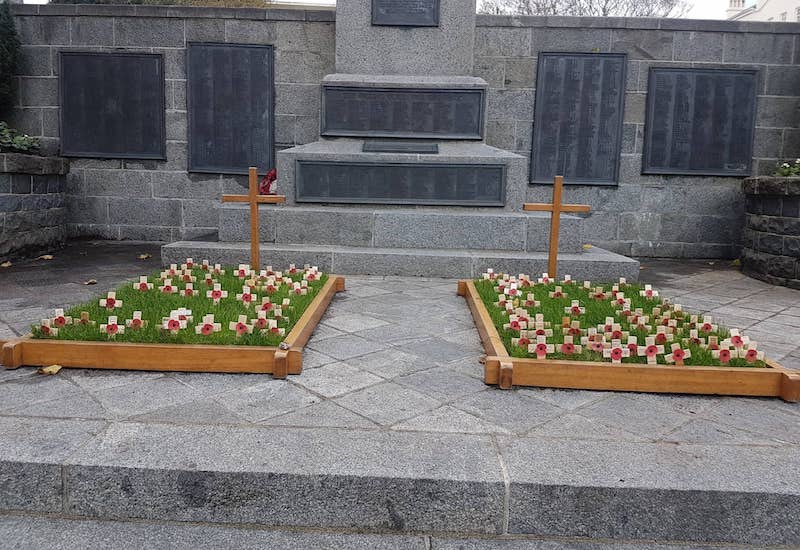 Pictured: Wreaths and poppies will be placed at the War Memorial at the top of Smith Streer and at other War Memorials across the island tomorrow.

At the War Memorial there will be a short service and wreath-laying following the two-minute silence.

Those wanting to take part in the parade preceding the Act of Remembrance, which has been organised by the Royal British Legion on the Royal Court’s behalf, will take place from 10:35, starting at the Town Arsenal.

Any veterans who require information should contact the parade commander, Lt-Commander RNR Tim Slann, on 07781 149212 or via email tslann@elizabethcollege.gg. 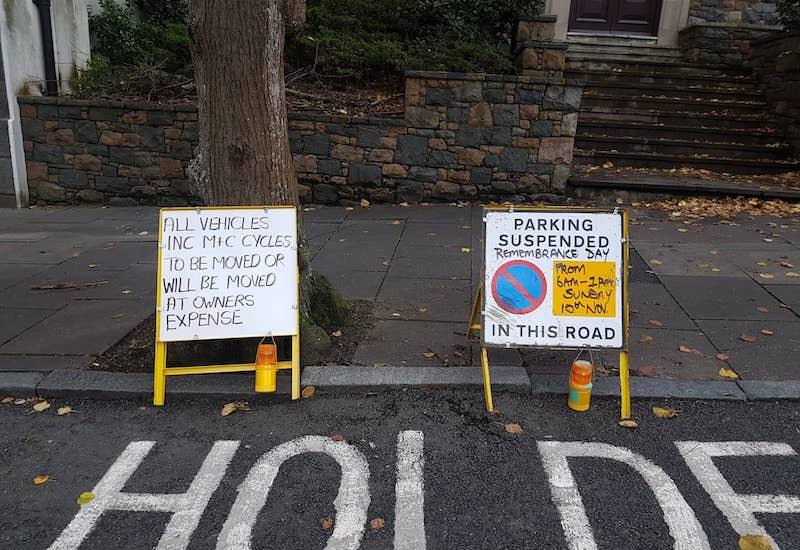 Pictured: Some parking will be suspended tomorrow around the War Memorial.

All parking has been suspended on Candie Road, Ann Place and around the War Memorial, to enable the parade to take place. Any vehicles left in those spaces on Sunday 10 November will be removed at the owners' expense.

Pictured: The War Memorial at the top of Smith Street.