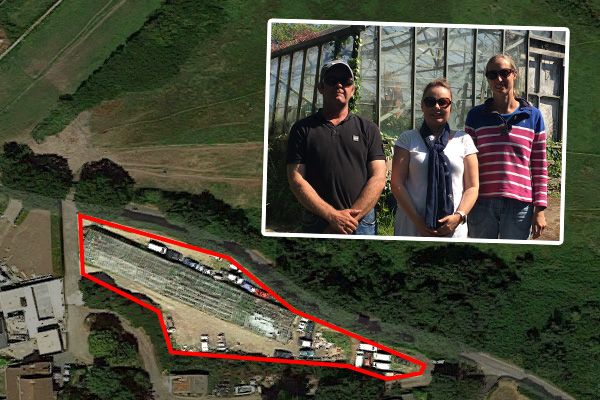 A planning application to turn a redundant vinery into four light industrial units has been rejected by the Development & Planning Authority's political board, despite having the backing of the department.

Located in the Ruette Tranquilles, the Rue du Douit, the owner of the Stratheden Vinery wanted to demolish the existing glasshouse and erect four units to operate two businesses from - a landscaping business and a mechanics.

Both of those businesses have already been operating off of the site for some years, despite it being designated for horticultural use, so they were looking to start operating legally.

But ultimately, because of concerns over how much traffic the development could bring to the small country lane in the Vale, the political body in the DPA has decided to reject the application, meaning the land will stay as horticultural land and the glasshouse will remain up for now.

We are absolutely ecstatic to hear the news that 18 months of campaigning against industrial development has paid off!! Huge thanks to all our truly dedicated supporters!! pic.twitter.com/5AmA5pkiWB

The committee came to the decision to reject it after a site visit, and voted by a 3-0 majority, with one member abstaining.

A spokesperson for the DPA said: "The political Committee of the Development & Planning Authority considered the submitted planning application for Stratheden Vinery, Rue du Douit, Vale at an Open Planning Meeting today.

"They subsequently visited the site. Having done so, the Committee concluded, by majority, that the proposal to provide workshop and storage units on the site and thereby to formalise the use of the site for a mixed use comprising landscape gardening and vehicle mechanic’s businesses, would be likely to give rise to an unacceptable intensification of traffic accessing the site from Rue du Douit and using the adjoining Ruette Tranquille network to the detriment of highway safety and the public enjoyment of these narrow country lanes, contrary to Island Development Plan Policies OC3, OC7 and IP9.

"The application has consequently been refused."

The final decision came down to an Open Planning Meeting today before that visit. 10 verbal representations were given - nine against the application and one in favour of it, and a number of different arguments as to why accepting the plans would be the wrong decision were put forward. Those arguments were heard by the DPA political board, and a presentation about the application was also given by the Director of Planning Jim Rowles.

"We can start to live our lives as we should again, to be honest, I have been eating and sleeping that vinery for 18 months." - Neil Michel, a resident of the Rue du Douit.

Neil Michel has been at the heart of the campaign against the application, and first started fighting the plans more than 18 months ago. He said he was relieved the whole thing was finally over.

"It has caused us a lot of stress over a long time, and cost us a lot as well," he said.

"But this is a judgement based on common sense - if it were to have been accepted it would have just been the wrong decision. Quite why it got this far, we don't know, but we are really happy with this result." 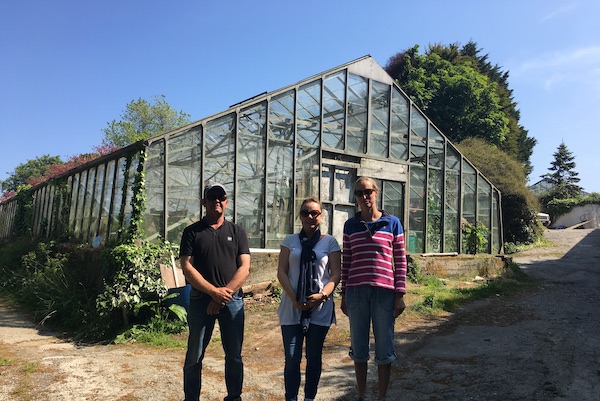 Niel Michel, Siobhan Michel and Kate Henning have led protests over the plans from the front, as the work would have directly affected them as neighbours of the site.

Mr Michel and his wife Siobhan were represented at the OPM by a local property lawyer, as were several other residents of the area, all of whom put across their arguments. They said the development would contradict the policy set out in the Island Development Plan, bring dangerous levels of traffic to the lane and also cause unwarranted levels of disruption in an area adjacent to a protected agricultural site.

They, along with other residents like Kate Henning, have launched social media pages to lay out how the plans would damage the island's Ruette Tranquilles network, and also started an online petition which gained over 600 signatures.

"I am just glad common sense has prevailed. Now we can start to live our lives as we should again - to be honest, I have been eating and sleeping that vinery for 18 months."

To read more about the residents' issues with the application, click here. 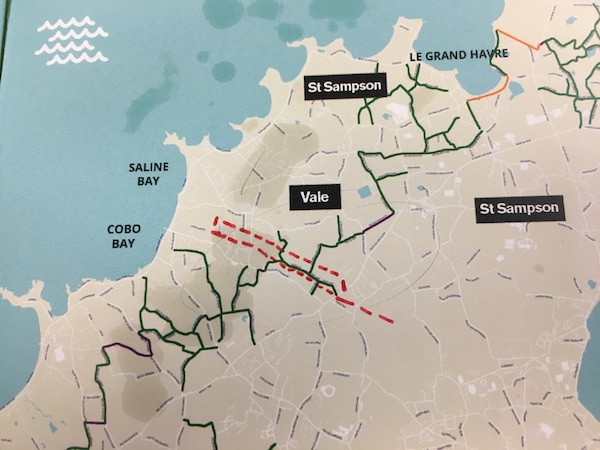 One of the fears about the application was how it threatened to cut the island's Ruette Tranquilles network in two. Deputy Lindsay De Sausmarez spoke against the plans and said the additional traffic the site might attract could compromise people's use of the lanes.

Although the plans were rejected, they did have the backing of the planning department on a number of conditions. Those conditions would have ensured things were kept to a suitable scale, but still would have ultimately seen the work go ahead.

During his presentation at the Open Planning Meeting, Director of Planning, Jim Rowles, said they were seeking to regularise the "longstanding unauthorised use of the land".

"It would quite dramatically improve the appearance of the site, and the application suggests it would also bring enhancements for the neighbours as well, particularly with the landscaping that would be included."

Mr Rowles concluded that it did comply with the IDP, the glasshouse was redundant and it was fair to replace it, and that there was a lack of similar sites around the island. 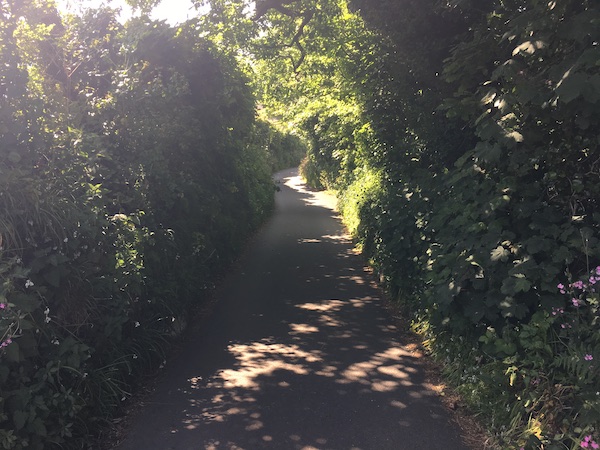 Traffic was a key factor in the decision to reject the application. At its narrowest, the Rue du Douit is 2.6m wide, and during a consultation with Traffic & Highway Services, they found the sight-lines from the vinery's exit were only around 7m each way. The suggested distance is 20m.

Many of the major themes throughout the representations argued against those conclusions though. They said the glasshouse had been being used until this application began, and therefore it was not redundant, and also that they did not fit in with the IDP.

Additionally, there were questions as to why the DPA was seeking to legitimise an illegally operating business, and whether this would set a precedent for the future.

The final decision was made by Deputies John Gollop, Marc Leadbeater, Victoria Oliver and Dawn Tindall - Deputy Lester Queripel, the fifth member of the DPA, decided not to sit on the panel because he outright felt there should be no developments in a Ruette Tranquilles without exception.

Pictured: The campaigners against the vinery development.