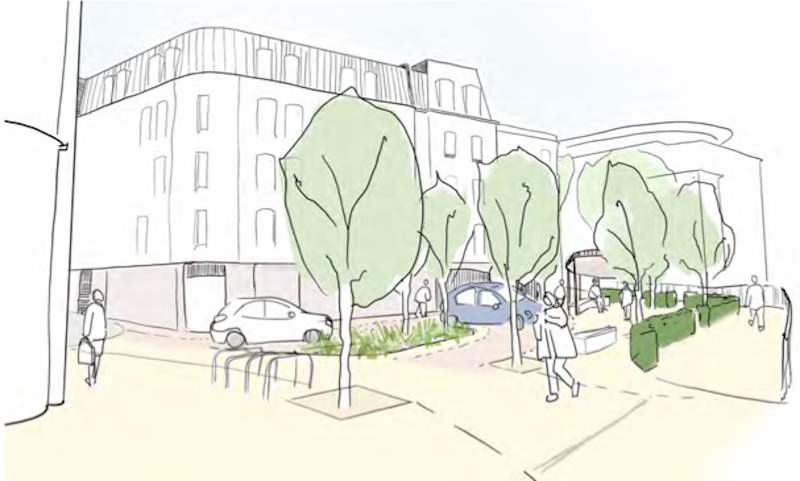 "Under-utilised" areas such as the Bus Terminus, North Plantation and Taxi Rank are the keys to unlocking Town's potential, according to a draft development framework.

The document outlines some of the objectives for three areas around Town - the Lower Pollet, South Esplanade and Le Bordage - which have all been identified as priorities for regeneration.

The States has entered a second round of public consultation in order to gauge opinions, discuss ideas and work out what people want from these areas before drawing up firm proposals.

While the framework reaches few conclusions, it underlines the need for action which would drastically change the look and feel of several key areas.

It describes the Taxi Rank, Lower Pollet and North Plantation as a vital entry point into Town and an important first impression for visitors. However, at the moment the area is "dominated by vehicles", has a "cluttered" appearance and lacks inspiration. 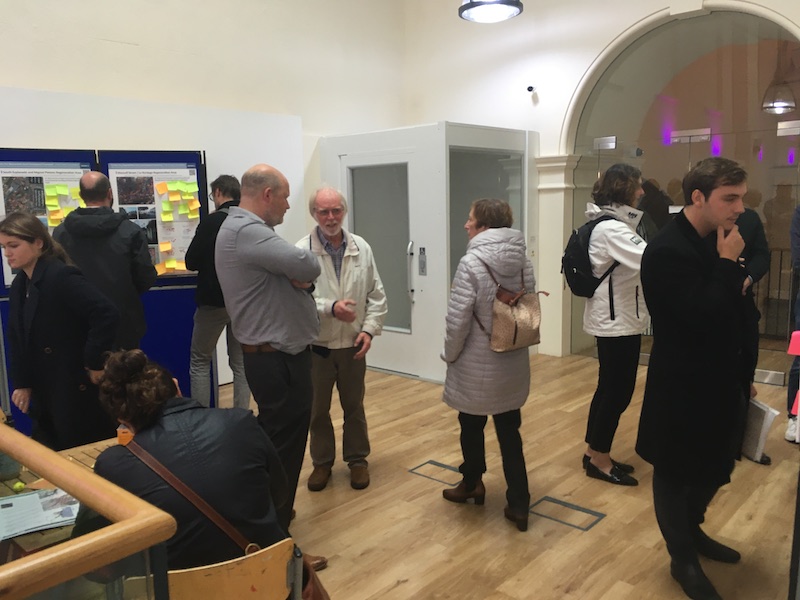 Pictured: One of the consultation sessions that were held last year to start gauging public opinion.

"The Taxi Rank at the bottom of St Julian’s Avenue and Lower Pollet should be a key gateway into St Peter Port’s retail area, using both the height and presence of buildings and public realm features to anchor and mark the important location," states the framework.

"Pedestrian connections with the harbour need to be improved, with a better link between Liberation Monument and Lower Pollet. There is an opportunity for improvement of the public realm and retail offer (e.g. al fresco dining) focussing on addressing the vehicular dominance of Lower Pollet and making the pedestrian experience more attractive and less dangerous."

At the very least, the planning framework argues that the taxi rank should have a sheltered seating area for people waiting and landscaping to "soften the appearance of the existing railing".

It makes the case for going further still by relocating the taxi rank entirely, although the document does not state any alternative locations. 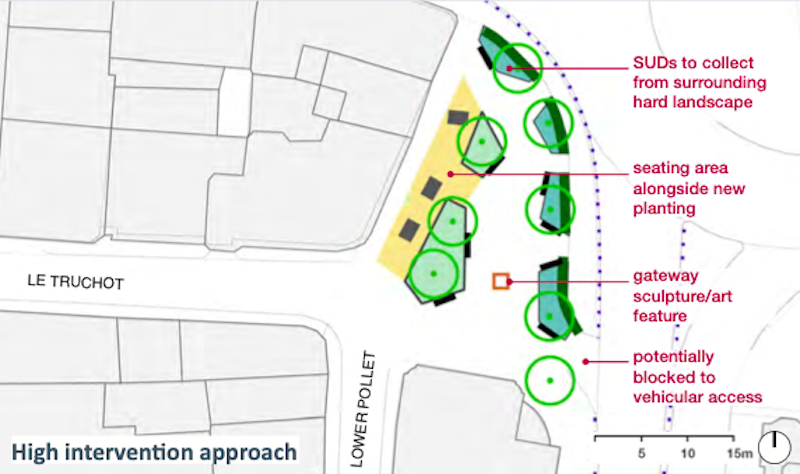 Pictured: The framework offers up a 'high intervention approach' that would see the taxi rank relocated and vehicular access to the Lower Pollet completely restricted.

It proposes a number of smaller-scale improvements to the North Plantation which the authors say would be equally impactful.

"With North Plantation lane largely closed to traffic, there is a key opportunity to create a lively and vibrant environment supported by an improved public open space."

This could be achieved, the framework states, by making the area a hub of activity for the daytime and nighttime economies. The Plantation's shabby 'back lane' appearance also needs to be improved, with painted building murals mooted as "a relatively affordable way" to regenerate an area, create identity and celebrate local artists and creativity."

The framework also flags up the "rare large area of under-utilised land" at the bus terminus, which it describes as "an opportunity [that] should be maximised."

"There is potential for the creation of a public open space destination within St Peter Port or innovative development which could incorporate a bus interchange facility if pedestrian connectivity and access could also be improved with a re-designed road layout to allow a new wide pedestrian promenade along the waterfront."

The proposals could tie in with a series of meaningful developments in the island's transport strategy. The Development Framework "should consider how to reduce the dominance of the car" and "explore the potential to re-locate parking to underground facilities in conjunction with the re-development of the harbour." 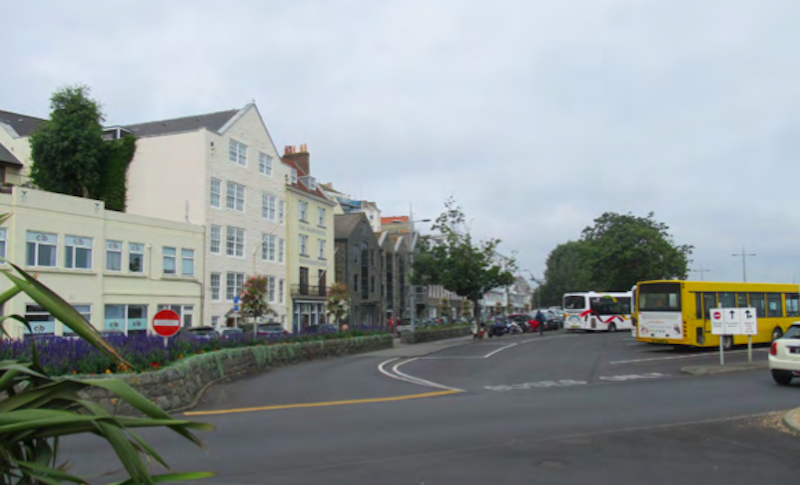 Pictured: The terminus is regarded as a large, wasted space that should be a key "gateway" into Town.

The other key theme to revitalisation is having more people living and working in Town in order to "lift the overall vibrancy of the area" and reduce the number of commuters.

"Increasing the local town centre population will be a key component of encouraging the ongoing and long-term vitality of Town, as well as helping to bring disused upper floors back into use.

It argues that doing so would:

• increase the number of people moving around in the area in evenings and weekends, therefore improving safety and a sense of passive surveillance;

• reduce the number of people who need to travel to Town;

The framework is currently on display at the Chamber of Commerce and will be until 21 May.