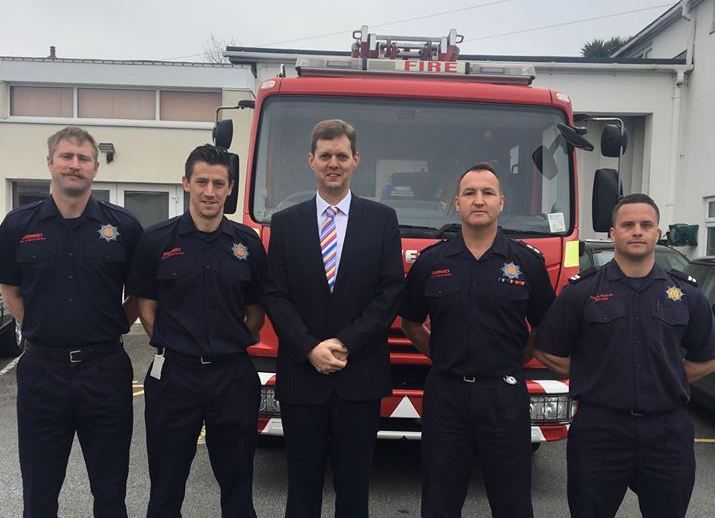 Two members of staff from Frossard House who performed CPR on a collapsed colleague have been recognised for their actions by the Chief Officer of the St John Emergency Ambulance Service.

Colin Vaudin and Chris Welsby gave life-saving first aid to Jon Williams after he suffered a cardiac arrest at work on the fifth floor of the States of Guernsey offices in October last year.

Mr Vaudin, a retired army officer with first aid training, was sitting a few meters away from Mr Williams when he collapsed at his desk, while Mr Welsby, a trained first aider who previously served with the Royal Navy was in the office next door.

Mr Welsby said: “Someone came into the office saying they needed a first aider and for a split second I looked around then I thought – that’s me.

"As I approached Jon he was on the floor and having difficulty breathing, I placed him in the recovery position and monitored him, within less than a minute he had slowly stopped breathing and became unresponsive, that’s when Colin and I started CPR.  I’ve dealt with various first aid requirements in the past but I’ve never experienced a cardiac arrest before, thankfully the training just kicked in.” 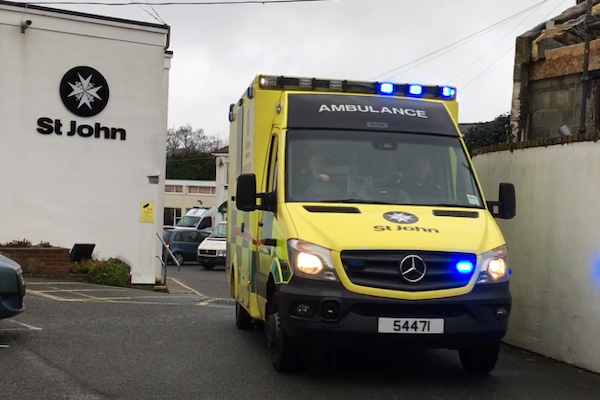 The first aid Mr Williams received kept him alive until St John arrived on the scene.

Mr Vaudin added: “I put Jon on the floor and quickly assessed his breathing and circulation, as soon I released he wasn’t breathing Chris and I started chest compressions.  Fortunately we had two people there able to start CPR within seconds. It shows why it is so important that people learn CPR and other first aid skills and have the confidence to use them.”

The pair were both than nominated to receive the Chief Officers Recognition of Performance Award for their prompt and efficient actions, which they were given yesterday.

SJEAS Chief Officer, Ali Marquis said “Colin and Chris acted quickly and efficiently to recognise the seriousness of the situation and start CPR before the ambulance crew arrived. They both had the confidence to use their first aid knowledge in what were difficult and distressing circumstances. Their actions on that day are commendable and it is important to recognise their efforts.”

Mr Williams said: "I am indebted to Colin and Chris for their prompt action and to everyone else involved. If it wasn't for their combined efforts I would not be here today and I have so much to thank them for".

Anyone wishing to learn or refresh their first aid and CPR skills or learn how to use an AED can contact St John Training by email info@firstaidtraining.gg or by phone on 247979. Automated External Defibrillators are also available at the St John HealthCare shop at the Rohais.

Pictured top: Mr Williams with some of Green Watch, from the Guernsey Fire and Rescue Service Facebook.