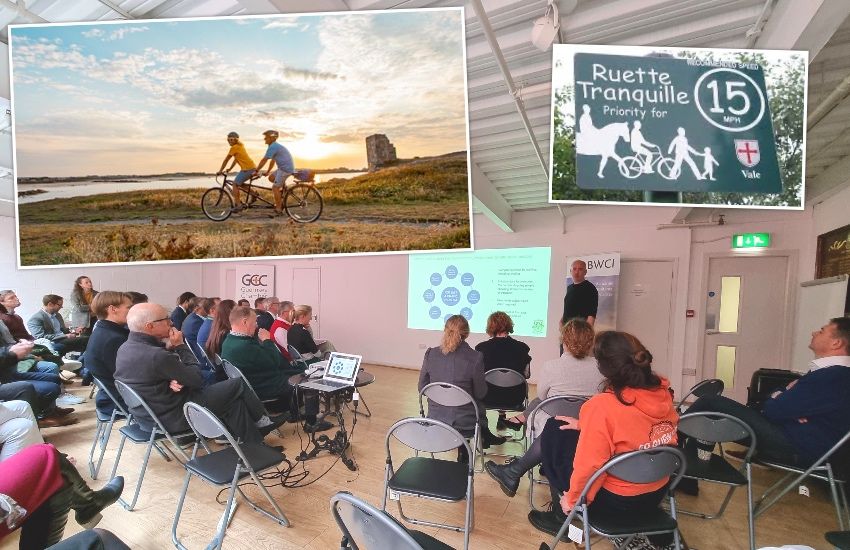 The benefits of active travel were discussed at the Guernsey Chamber of Commerce yesterday, and consensus was found amongst key stakeholders that housing projects will fail to be delivered without island-wide active travel infrastructure.

The event entitled ‘the importance of active travel in Guernsey’ was hosted in the Market Buildings featuring individual presentations from the Guernsey Bicycle Group and the Health Improvement Commission.

Phil Le Poidevin, Chair of GBG, and Ben Craddock, a committee member, provided their Guernsey Future Mobility Vision. They emphasised throughout that “the challenge Guernsey suffers from is a traffic problem”.

It was highlighted that the principal reason 68 homes were not permitted to be built at Pointes Rocques in St. Sampson’s was due to a negative traffic impact assessment for the area.

Deputy Lindsay de Sausmarez, the President of the Committee for the Environment and Infrastructure, who was in the audience confirmed that “one frustration is housing is rejected primarily on traffic grounds”.

But she suggested that the current assessment procedure for traffic “assumes everything is already good,” and then works to mitigate the impacts of new houses in the area. 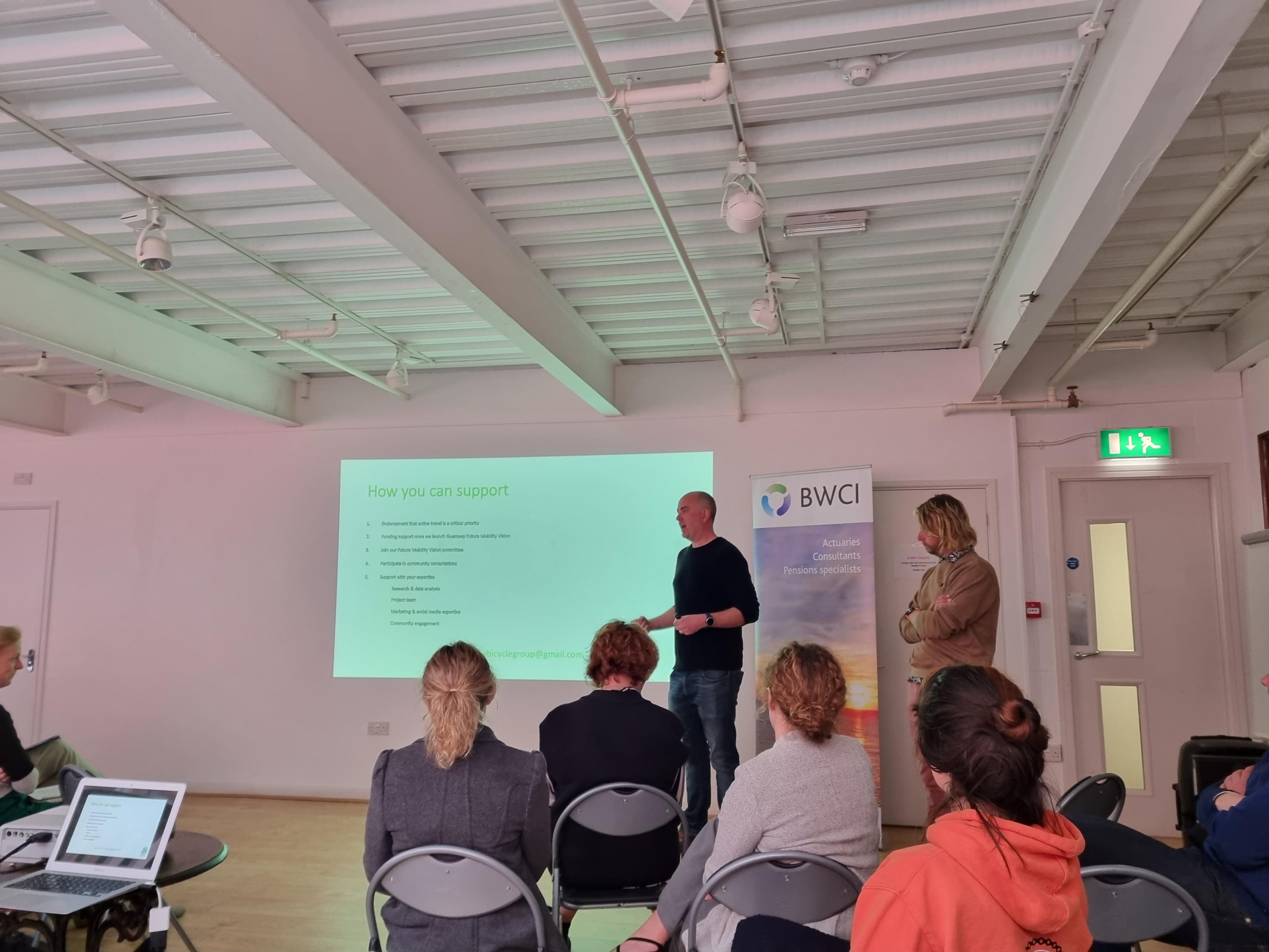 The challenges in achieving widespread active travel are more pronounced in Guernsey due to a lack of space “for segregated infrastructure” which helps walkers and cyclists feel safer on the roads, according to Mr Craddock.

But he listed several ‘quick wins’ which are quickly achievable including improving safety around schools, better signage, clear wayfinding, and simplifying busy or complicated junctions.

Longer term goals would address the use of Ruettes Tranquilles lanes through legislation and ensuring linkages between residential areas and community centres are included within proposed housing developments.

He claimed that GBG has consulted a Dutch and North American firm, Mobycon, to commission a project on establishing a linked-up active travel network in the island by the end of the year

Mr Le Poidevin confirmed the firm have completed work in Jersey, and representatives met with people in the States of Guernsey last week.

They called for community engagement, endorsement, funding support and committee members to assist the project. 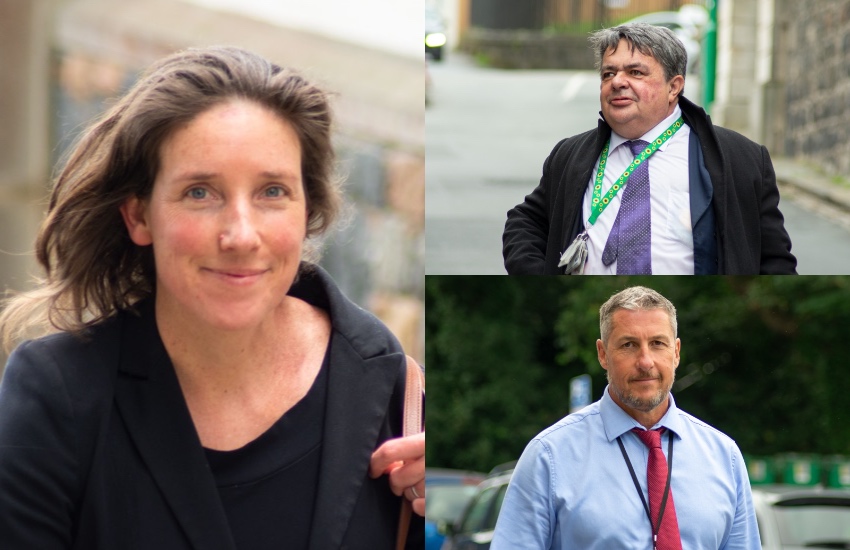 Deputy John Gollop, speaking from the audience, questioned how housing developers might be encouraged to disincentivise car use - noting that many new properties have substantial provisions for car-parking.

“It’s the carrot and the stick,” replied Mr Craddock, “if you’re not providing viable alternatives, it will be hard… until proper active travel infrastructure is in place you can’t disincentivize car ownership or provisions."

He suggested this could become increasingly simpler since the “relationships we have with cars will change over the next 10 to 20 years”.

“Smart interventions to connect the network are needed,” he added. 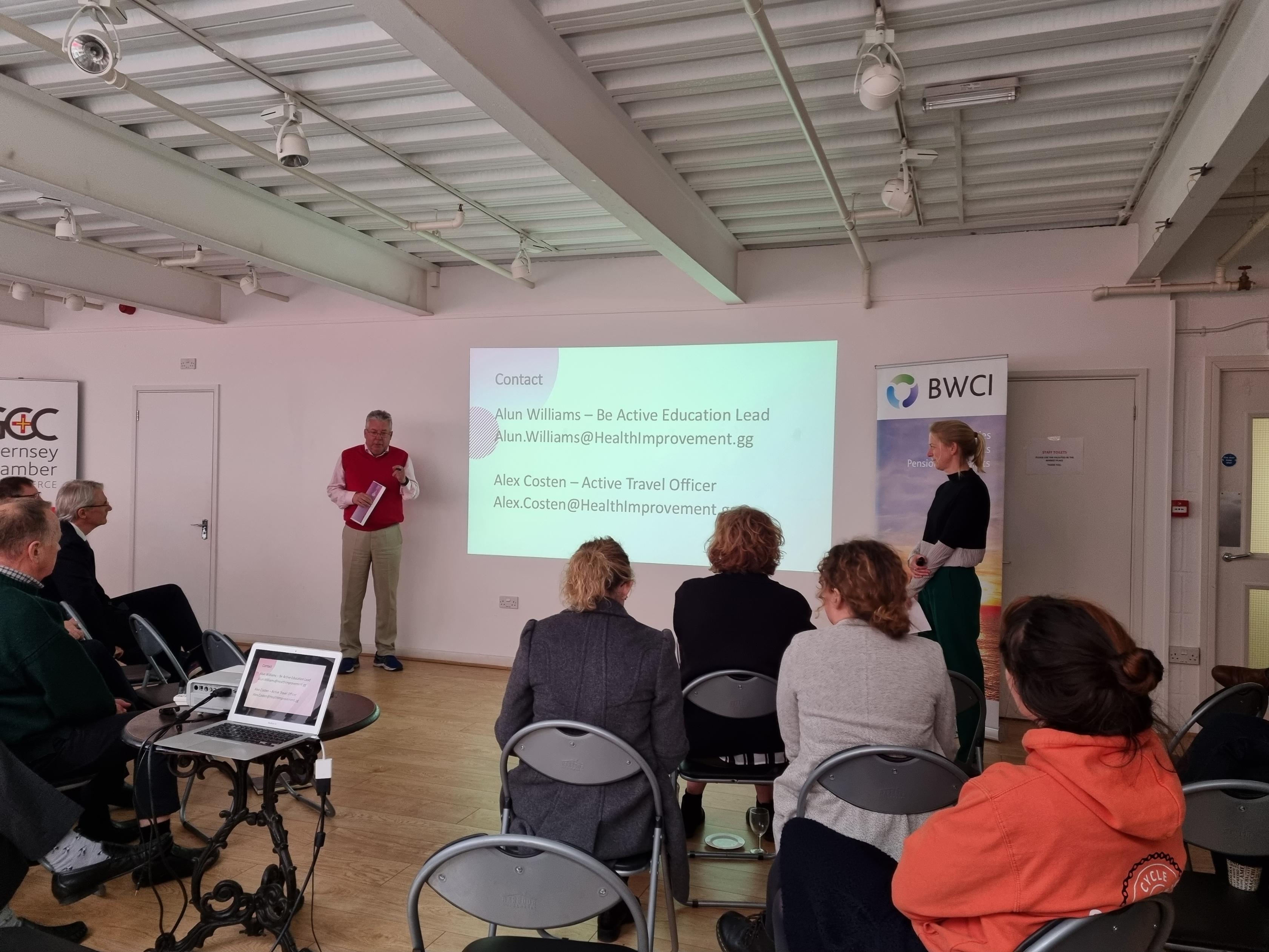 Alun Williams, Be Active Education Lead at the Health Improvement Commission, invited the audience to compare the “tipping point” of anti-smoking education to pro-active travel education during their presentation.

He suggested that social attitudes can quickly and measurably change, and so encouraged both businesses and the community to make the issue a political priority.

Deputy De Sausmarez reiterated this point, saying “it’s not going to be politically easy,” and encouraged members of the community to speak up on the issue.

Alex Costen, Active Travel Officer at the Commission, said they have had a particular focus on active travel in early years settings. So far, they have delivered 80 bikes to schools for travel purposes.

Ms Costen said a 2019 young people’s survey revealed that 50% of respondents already travel actively to and from school sites. Another survey is set to be completed this year.

Better signage for walking routes and mileage markers were demonstrated as further Commission initiatives currently being realised in Guernsey.

Mr Williams concluded that there “are such strong benefits” to active travel and noted that prospective employees are beginning to take companies more seriously if they can demonstrate “health and well-being provisions”.