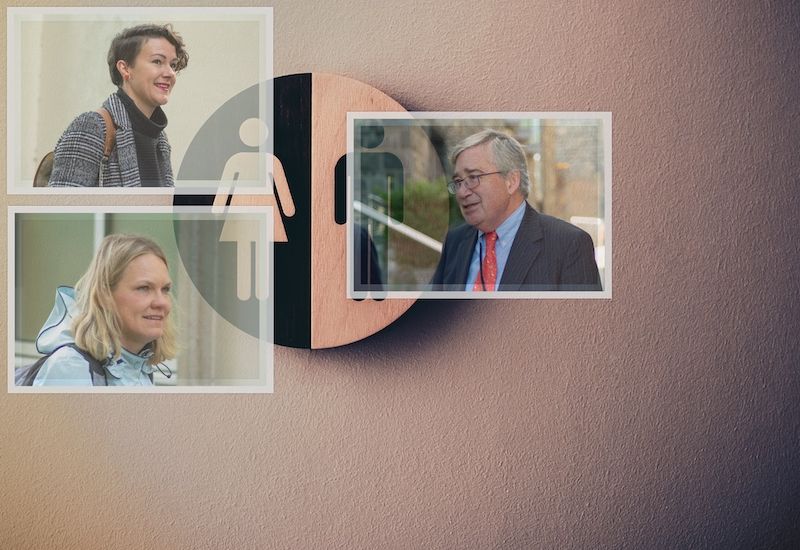 A deputy has sparked debate over equality and representation in the States, after calling on the President of the Rules Committee not to fund any initiatives that "favour female candidates over men".

Deputies Tina Bury and Sasha Kazantseva-Miller have reacted with disappointment at comments made by Deputy John Dyke in this week's States meeting.

During questions with States' Assembly & Constitution Committee President Carl Meerveld, Deputy Dyke asked if he would "agree that while it is desirable to have a mix of people in the States representing our citizens, it is not for the States to spend public money favouring one group of candidates over another?

“I have in mind that in the election before last [in 2016] there was a certain amount of uproar over States money being used to favour women’s groups over male candidates. Would Deputy Meerveld accept that that should not happen?”

Deputy Meerveld replied that a fine balance had to be struck. 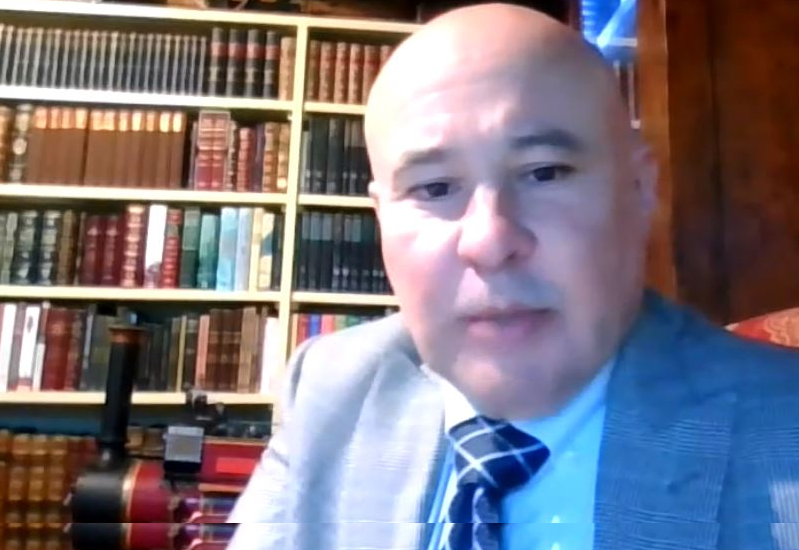 Pictured: Deputy Carl Meerveld said that the SACC will be making every effort so that there are more candidates from all sectors of society in future elections.

He commented: “One side says, the position should be that no additional resources should be given to any one group...The other side of the argument is, though, that if some groups are disadvantaged, if there are impediments in their way, shouldn’t the States possibly commit resources to removing those impediments, to attracting those candidates, to ensure that we have proper representation of all segments of our society in the candidates presented to the electorate for choice?”

Following the States meeting, Deputies Bury and Kazantseva-Miller took to social media to voice their displeasure at Deputy Dyke’s comments.

Deputy Bury tweeted: “Interesting to hear in the States today that Deputy Dyke disagrees with the experts at the Commonwealth Parliamentary Association that it’s government’s responsibility to support and encourage under-represented groups to stand for election.”

In reply, Deputy Kazantseva-Miller tweeted: “Indeed. Positive action to address the under-representation of different groups is not only in the recommendations of the Commonwealth Parliamentary Association, but it’s also one of the goals on the UN - #5 Gender Equality.” 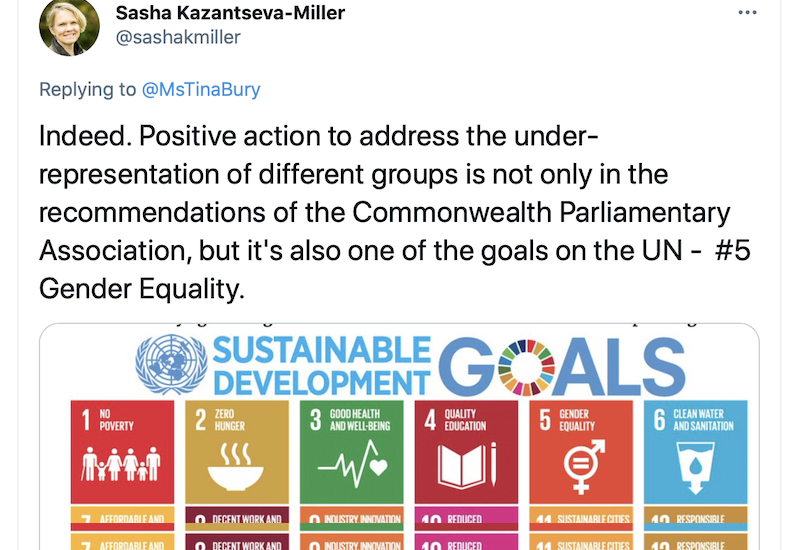