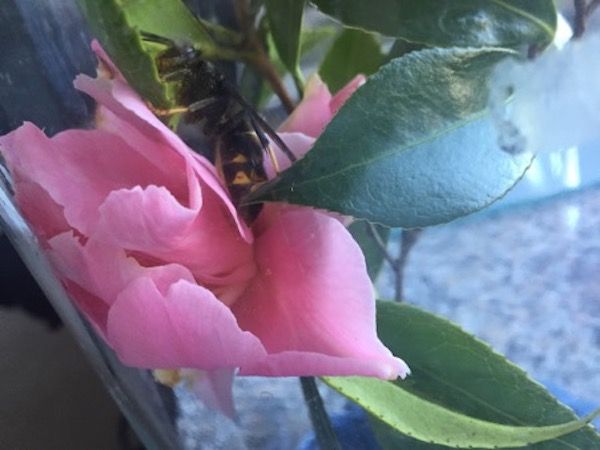 A Queen Asian Hornet has been found near the Longfrie Inn, and we're all being urged to be vigilant and to report any other sightings.

The States department dealing with sightings of the insects which are described as "aggressive predators" said it was highly likely that the hornet had recently emerged from hibernation as a result of the warm weather.

Agriculture, Countryside and Land Management Services said members of the public should report any potential sightings. "Queens that have survived the winter will be emerging from hibernation at this time of year," a spokesperson said.

"Each queen begins by building a grapefruit sized primary nest - containing up to 50 worker hornets - which may be in buildings or outhouses, before relocating to the larger secondary nest which could grow to contain up to 3,000 hornets."

Alongside reporting the sightings, people are also urged to kill the insects that they find because of the threat they pose to the local bee population. Asian Hornets kill bees, which in turn damages the environment.

"Most of the sightings reported last year were of our native wildlife. In the last week several reports of queen wasps have been received which were suspected to be Asian hornets" the spokesperson added.

If a suspected hornet is sighted, you are advised to take a photo if possible and email it to asianhornet@gov.gg. You should also include:

Or alternatively, you can log your sighting through the iPhone and Android recording app: Asian Hornet Watch, or telephone 234567 with as much information as possible. 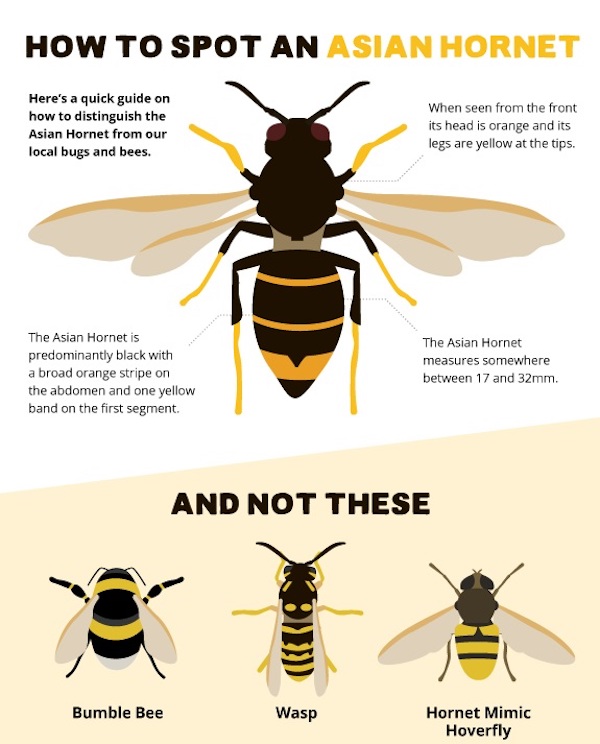