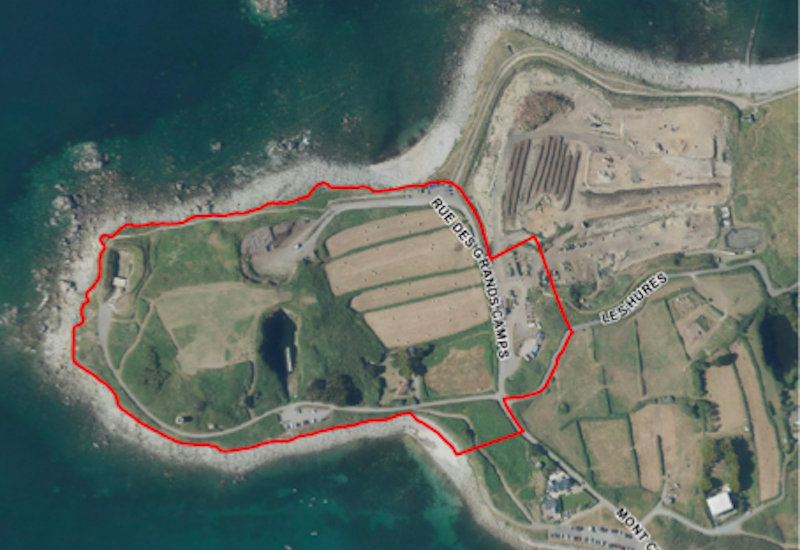 Committing to on-island quarrying will secure Guernsey's aggregate supply, keep money in the local economy and make sure the island "takes responsibility for its impact on the environment."

That is the message from Policy & Resources, who will back the relocation of Ronez's stone plant to the Chouet Headland when the matter comes to the States for debate on 8 September.

This is also the favoured option of Environment & Infrastructure, which leads the States policy in this area.

Explaining the main reasons behind P&R's backing, Deputy Peter Ferbrache said: "The Committee supports the recommendation to quarry on-island as it believes this is essential to support security of supply to meet Government and private sector infrastructure priorities.

"Additionally, operators make direct contributions to our economy by employing local residents and taxation on profits, while ensuring the island takes responsibility for its impact on the environment, locally and globally. 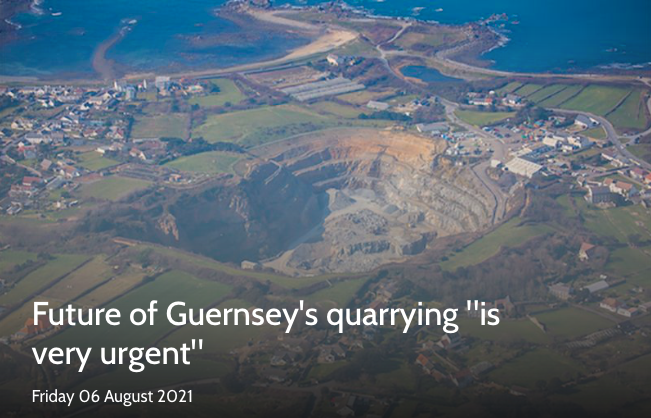 Pictured: 14 staff at Ronez face serious uncertainty over their jobs if the States does not make a long-term decision on quarrying next month. The need to import aggregate to Guernsey during Ronez's relocation to a new stone plant is also becoming increasingly likely.

Les Vardes will be completely depleted of granite resources in seven years. Ronez will need to relocate its stone plant before then in order to access its final reserves.

Ronez Guernsey Director Steve Roussel has stressed to Express that a decision on the future of a quarry at Chouet "is very urgent".

"Even after a decision on the options in the policy letter, the DPA will then need to adopt a Development Framework and then Ronez submit and get a decision on a planning application at Chouet before we commit to the significant investment to develop a quarry there," said Mr Roussel.

"Even after that it will take some time before a quarry at Chouet will start to supply aggregate. On the most optimistic timescale I anticipate that Ronez will have to import some aggregate to supplement the supply from Les Vardes Quarry before Chouet can be developed to meet full demand."

Deputy Ferbrache observed: "The policy letter acknowledges that the indicative increase in aggregate costs through importation is uncertain at this stage, but it would inevitably be passed onto the customer.

"This would result in increased building costs in an already difficult time where for example house prices are increasing fast as demand outweighs availability."

Pictured: The P&R Committee is opposed to the future importation of aggregate beyond what is necessary during Ronez's relocation to a new proposed facility at the Chouet Headland.

The idea of having to live with this as a permanent 'solution' is not one that P&R thinks is favourable on several counts.

"Importation of aggregate would negatively impact on our own resources, not only for the road building and repair programme but on capital projects," said Deputy Ferbrache.

"There are several significant GWP enabling capital projects that would require aggregate, or aggregate products, including the future harbour development, seafront masterplan, the secondary and post- 16 re-organisation, and the modernisation of the Princess Elizabeth Hospital to name only a few.

"Funds are already stretched, and the Committee is mindful of the impact on delivery all areas would experience should the Assembly agree to full importation and its cost implications to the public purse." 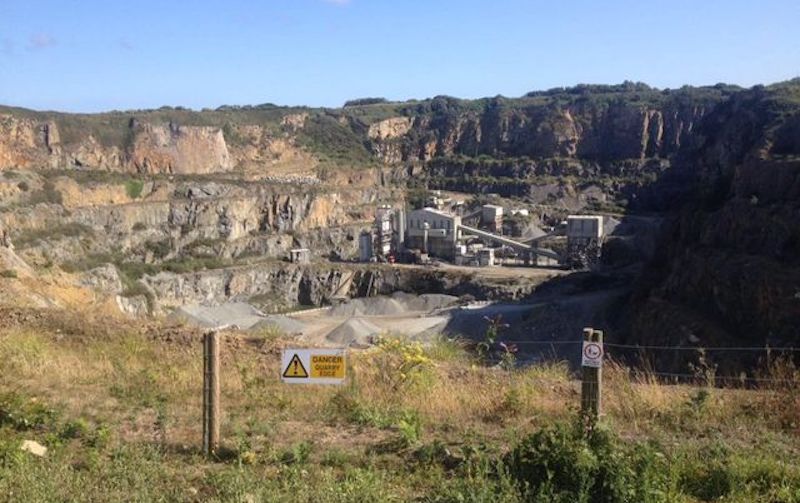 P&R is also wary of the potential for reputational damage should the island move to full importation. There would also be higher costs involved in order to meet the demands for 'offsetting'.

If imported, the way in which the stone is extracted would be out of Guernsey's control and may even result in overall emissions being higher than anticipated.

"As Government we need to work with and support the initiatives being led by our community, not against them," said Deputy Ferbrache.

"The Committee is also aware that as an organisation, Ronez is environmentally focused and endeavours to make its operations as sustainable as possible when the company’s business is opening and operating quarries." 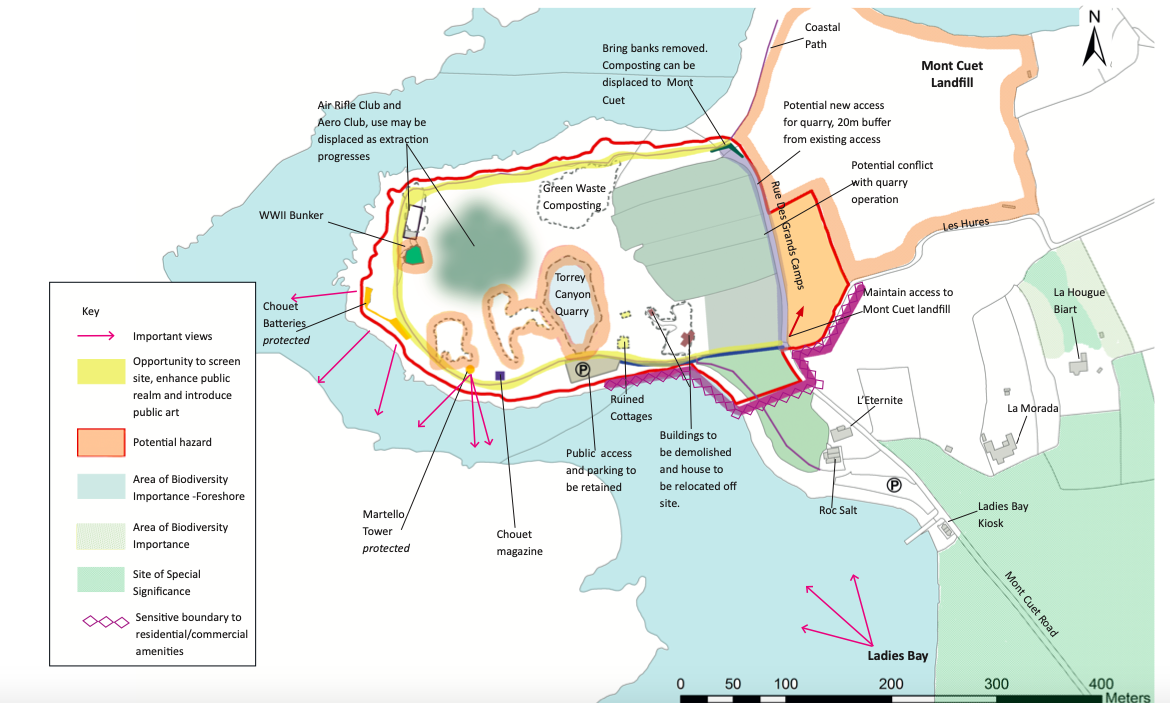 Pictured: A site analysis for Chouet Headland as proposed in its draft development framework, which is yet to be approved.

"There is no doubt that quarrying on-island will result in negative localised environmental impacts, however the Committee believes that the CftE&I has fully researched the issues and has determined that the negative impacts from importation outweigh those from securing supply locally: overall emissions will be higher as a result of transporting the aggregate from its source to the storage facility and higher HGV movements."

The policy letter before the States includes a break clause before Phase 3 of Chouet Headland is developed, in order to re-evaluate the situation at that time.

The letter of comment can be read in full HERE.

Pictured top: The preferred option of E&I is to relocate Ronez' stone plant to a site at the Chouet Headland which is co-owned by the company and the States.

Posted by Robert Williams on Aug 10th, 2021
Les Vardes could become a reservoir or water park.
To place a comment please login Login »