"Publish the review!" Les Beaucamps staff speak out against Education in damning letter 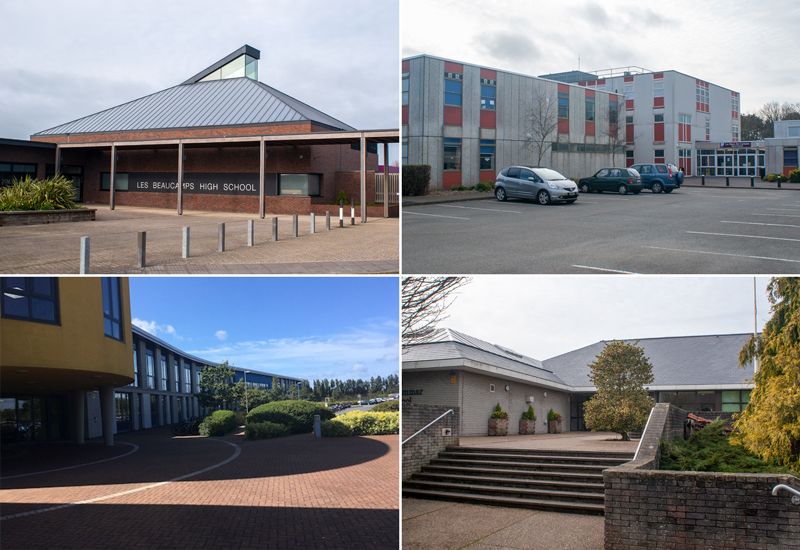 "Publish the review!" Les Beaucamps staff speak out against Education in damning letter

A striking majority of staff at Les Beaucamps High School have expressed grave concerns about a lack of focus on 11-16 education, flip-flop messaging over job security and their fears that ESC's "reorganisation" of local schooling will lead to inferior learning environments.

The States will be asked to approve 11-16 schools at Les Beaucamps, Les Varendes and St Sampson’s, alongside a Sixth Form Centre co-located with the Guernsey Institute at Les Ozouets Campus, which will be demolished and rebuilt.

In the current economic climate, Deputy Cameron said he cannot countenance building a new combined post-16 centre, which would be costly and "operationally sub-optimal", when there is a "do minimum" option at Education's disposal.

The letter from Les Beaucamps staff comes after La Mare de Carteret staff criticised ESC over the committee's engagement with teachers in an excoriating email to deputies.

"We wish to make clear that we are not opposed to change," wrote the Les Beaucamps staff. "We do however ask that any changes to our education system are based upon thorough research and supported by clear evidence that both educational and pastoral outcomes will be improved."

Pictured: A survey of staff support for the letter was conducted with the above results.

The group has sought to head off any suggestions that they are bringing only problems to the table.

"Adopt the suggestion of Deputy Andy Cameron," is one of three alternatives suggested by the teachers. "Whilst not the most inclusive of options, this allows significant capital savings to be made. Those capital savings could then be reallocated by investing in the 11-16 sector e.g. through providing adequate building extensions."

Secondly, they suggested: "If the Sixth Form is to remain on the Les Varendes site, avoid the costly overheads of a separate operation by running this as an 11-18 school. The lack of equity could then be addressed by reinvesting the revenue savings into bringing the other 11-16 schools in line with Les Varendes in terms of pupil teacher ratios and curriculum breadth.

Finally, they made a call for ESC to finally publish the pause and review of different educational model - which Education President Andrea Dudley-Owen lobbied for as a backbencher during the previous political term.

"Perhaps most sensible way forward considering the lack of consensus amongst different schools, is to publish the review. Bring representatives from each school together to look at the relative merits of each configuration, as well as the perceived compromises, with the ultimate aim of coming to a consensus understanding of a way forward." 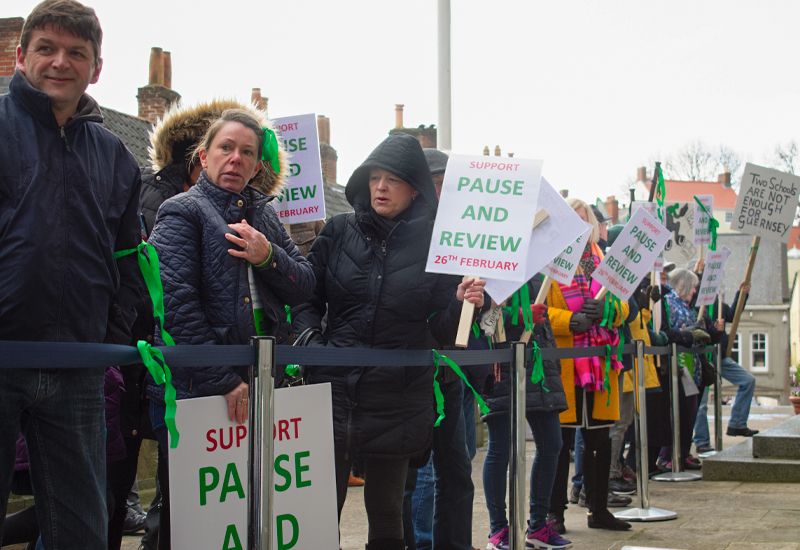 Pictured: The States backed proposals late last term for a 'pause and review' of the previous committee's one school over two sites model. The current committee, led by lead requerant Deputy Andrea Dudley-Owen, has decided against publishing that review.

The teachers' concerns in full:

1. We are concerned about the lack of focus on 11-16 provision in the policy letter.  We question whether an investment of £30 million on a relocated sixth form is prudent considering the resulting lack of capital remaining to make much needed improvements to 11-16.

2. We are concerned about the change to space standards.  These concerns were previously expressed in regard to the two school model.  It was hoped that any replacement model would address this.  Specifically, LBHS is due to see a significant increase in pupil numbers (a maximum of 780).  The school was built for 660 students and currently has approximately 530 students. We do not understand why the space standards of the building would be compromised and have specific concerns regarding social space; movement between lessons, classroom numbers; and the availability of specialist classrooms e.g. science laboratories.

3. We are concerned about the alterations to class tipping points.  Teaching classes of 28 in mixed ability subjects will impact on the teacher’s ability to meet the varied needs within the class.  In subjects where setting is preferable, we have concerns about the ability to make smaller, more focused groups for lower attaining students and those with SEND.  We are also concerned about the impact of this on higher attaining groups where the class sizes would need to be much larger in order to accommodate smaller sets for lower attainting students.  We have specific concerns about the impact on student well-being.  Will our students feel a sense of belonging?

4. We are concerned about plans to staff the sixth form.  The projection that 70% of staff would be based at Les Ozouets would result in staff with limited timetables, or staff teaching outside of their specialist subjects.  Fewer than 70% would see compromises in the pastoral care of students.  Neither of these outcomes are desirable or an improvement on our current sixth form provision.

5. We are concerned about the narrowing of the curriculum.  Les Varendes currently benefits from the addition of a sixth form, allowing for a wider curriculum offer.  With reduced tipping points and a lack of mention of plans to increase staff numbers, it appears that KS4 options are likely to become ‘equally narrow’ in all of our high schools.  Similarly, a separate sixth form could, without significant revenue implications, struggle to provide a full range of options to post 16 students.

6. We are concerned about the reallocation of staff and the mixed messages regarding this.  Firstly, we were told in a meeting at LBHS that the school closing would be the only one affected (please note this was not included in the minutes of the meeting).  Other schools have been given the message that all staff will reapply for roles.  We were also told that P&R would be responsible for this, yet P&R have stated that it is ESC’s responsibility.  Obviously this issue is of great importance to colleagues across the sector and we wish to seek clarification on this point as soon as possible.

7. We are concerned about the lack of clarity regarding the role of The Secondary Partnership.  Once again, mixed messages have been received.  In some meetings the objective for the high schools to each have their own ethos and independence has been emphasised.  Yet in a public meeting this was contradicted.  Specifically, it was stated that curriculum would be aligned across the schools.  Once again, we would respectfully ask for clarification on this in a timely manner.

8. We are concerned about the plans for coordination between the high schools, sixth form and The Guernsey Institute.  Whilst admirable, there is insufficient detail in the policy letter to explain how this will function.  For example, if timetables need aligning, how will this impact TGI who operate a wholly more flexible day?  How will staff travel be planned for? These ‘operational details’ are vital to the success of the plans and we do not feel able to fully assess them without this detail.