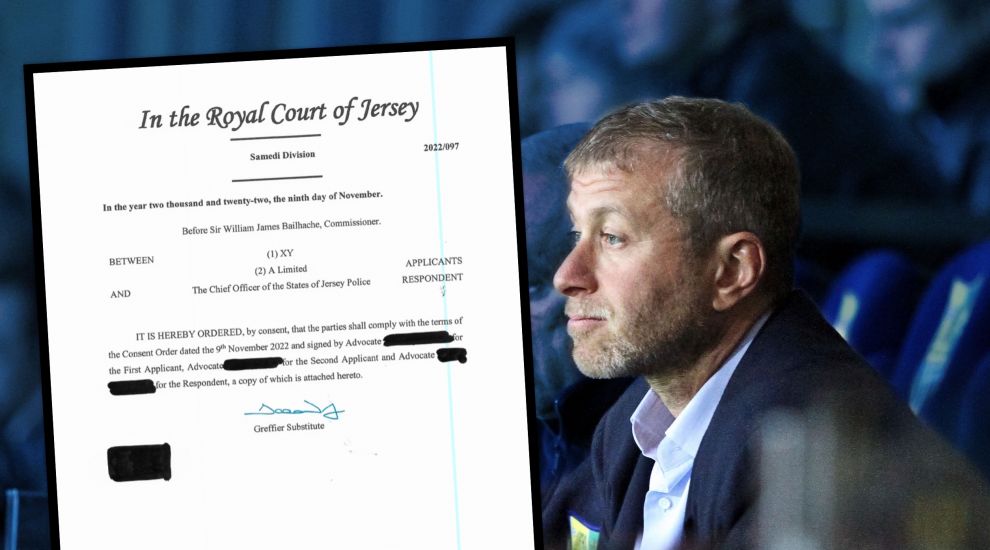 Jersey Police officers seconded to the Economic Crime and Confiscation Unit raided two properties in the island in April this year.

It led to more than $7bn-worth of assets suspected to be connected to Mr Abramovich being frozen by Jersey's Royal Court by means of a formal court order, known as a 'saisie judiciaire'.

At an unpublicised Royal Court hearing on Wednesday, the island's Chief of Police Robin Smith admitted that the search was unlawful, that the warrants should be quashed and confirmed that copies of the evidence had been destroyed.

Anonymised court documents released to Express and the JEP also showed that Mr Smith agreed to apologise to the two applicants  – reported by Reuters as being the two companies searched – and pay damages to them from public funds.

It was also ordered that the parties’ legal costs should be paid.

Island officials said a statement on the matter - signed off remotely from Chief Minister Deputy Kristina Moore, who was in the North of England for the British-Irish Council conference  - would be shared.

Former Deputy Gregory Guida, who was Jersey's Home Affairs Minister at the time of the searches, said that many countries had been in "quite a rush" to track down and freeze Russian assets before they were moved.

He added: "It is very disappointing that we may have missed a step, but I still think we did the right thing in trying to move quickly [at the time]."

"This is unlikely to affect the other steps that were taken, but if there was a mistake, then we need to own up to it."

Jersey Police declined to comment, while the Law Officers' Department said that they were unable to comment on a "live investigation", but confirmed that the $7bn saisie remained in force.

Chief Scrutineer Sam Mézec last night called for an urgent explanation of what had happened.

“If it is true that search warrants were obtained unlawfully, then I sincerely hope this was a mistake, rather than done on purpose. The Attorney General should immediately provide a statement to inform us how he has acted to ensure that this will not happen again,” he said.