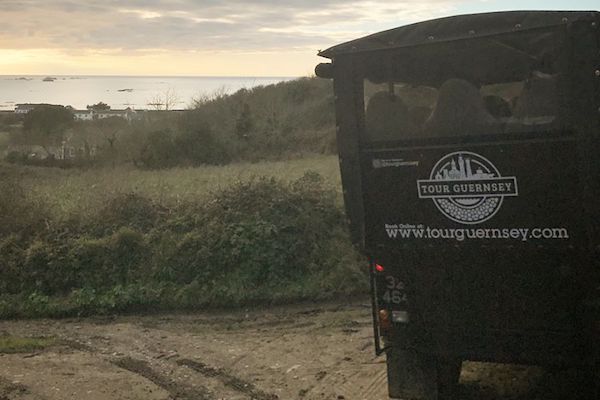 Guernsey's newest tourist attraction launches this weekend and it is already reporting strong support from other local businesses and States bodies as well as from overseas.

Tour Guernsey will be offering alternative trips around the island, showcasing views that visitors may not normally get to see, using a Land Rover to take them "off the beaten track."

Tour Guernsey Founder Andy Taylor, told Express that there are a few different reasons behind its launch: "the most important being that I felt visitors were missing out on some of the best parts of our island, a lot of which are simply beautiful small lanes with views out to sea - they'd never make it into a guide book because no one ever finds them!"

Having owned and run Cafe Delices for the past few years, Mr Taylor said he has spent "many hours giving advice to visitors such as directions for nice walks around town, good museums to visit and beautiful viewpoints etc and I really wanted to take this to the next level with our own tour company." He said "I've been fortunate enough to travel to some amazing countries so far in my life and Guernsey really does rank up there with the best in terms of natural beauty."

Through his work at Cafe Delices in the Town Market place, Mr Taylor said he has seen that there are a lot of people visiting our island including families, young couples, and older couples and he believes they really do love Guernsey and go away telling their friends about it which gave him the confidence to invest in the island's tourism sector and he hopes other people will follow suit. 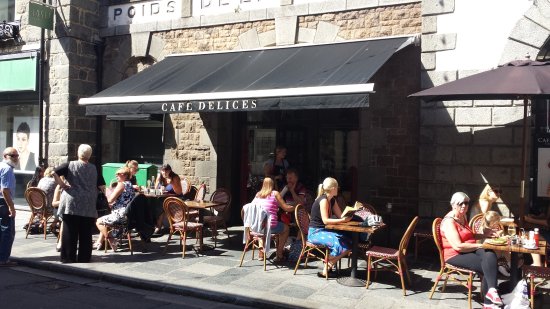 Tour Guernsey launches this weekend, with fundraising tours for local charities giving locals the chance to have a go before the hopefully busy summer season. Mr Taylor said they have already had bookings for the coming months so he is expecting some tour groups to be busy: "The interest we have received so far has been really promising and we've already sold tickets to people as far away as Australia & America (who are visiting this summer). Everywhere we go the vehicle gets a double look and draws lots of smiles, we're hoping it will become an iconic part of Guernsey tourism - like the London Duck Tours' amphibious busses."

Above: The teaser video for Tour Guernsey

With Mr Tayor himself getting behind the wheel of the 4x4, he has invested his time and money in this new venture, and he said so far he has enjoyed a lot of support from other business people as he aims to introduce another attraction for visitors to the island: "This is primarily an investment in tourism, it's an industry with huge potential but it needs investment. It's comforting to see major investments being made in the island's hotels but they alone can't grow the tourism industry - it takes investment across the board to give visitors a holiday they'll never forget. However we feel our tours will be enjoyed by visitors and locals alike and we've had several emails and calls from people saying they'd like us to show their family around when they visit."

The States of Guernsey have also been supportive said Mr Taylor, with different departments helping to get the wheels in motion ahead of the launch. "The support we've had from the different States Departments (Driver & Vehicle Licensing & Visit Guernsey) has been fantastic and has really helped bring this idea to fruition" he said, adding: "I've had a lot of questions along the way and people have been more then helpful in answering them!

"I also feel that this venture has been supported (albeit indirectly!) by the investments being made in transport (Fly Waves, Clear Harbour Air, Alderney Airway, Manches Isles) and hotels (Red Carnation Group, Hand Picked Hotels, Kings Mills Hotel Ltd)."

To book a space on this weekend's "pre-season 'shakedown' " on board the Tour Guernsey Land Rover you can book online at tourguernsey.com with 100% of the takings going to the charities.

The tours are taking place over the weekend of April 14 and 15 with one-and-a-half hour tours departing from the Albert Pier at 11:00 and 13:00, costing £30 per person with discount codes on the website.