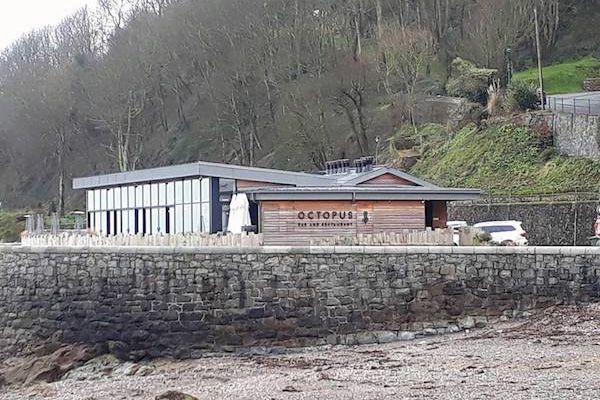 The owner of La Grande Mare Hotel is supporting the owners of Le Petit Bistro and Octopus, after they were fined this week for employing staff without the correct permits.

Simon Vermeulen has been a vocal critic of Guernsey's new Population Management Regime and has again described it as "flawed" and asked when it will be reviewed.

M & D Limited was fined £3,500 for a total of seven offences by Guernsey's Magistrate Court on Monday 19 February. The charges related to two staff who worked at Octopus and two who worked at Le Petit Bistro, with the remaining charges relating to three of those staff, who were occupying a dwelling without the necessary housing licence or permit.

The case attracted divisive comments on social media with some saying "the law is the law" and it must be obeyed, while others, including Mr Vermeulen, said the couple who own the restaurants should have been given more leeway.

Mr Vermeulen spoke to Express, and posed the rhetorical question: "How does fining a local business help Guernsey? They are creating wealth on the Island and employ 60 people - a considerable tax take, with longer hours worked."

The hotelier said his business has faced delays of up to eight months while waiting for a permit to be processed, from the date of the original application. He also asked:

"Gavin St Pier allocated an extra £1million for Housing to help sort out the backlog and the sheer volume of applications –how has this been spent?" Mr Vermeulen continued, saying, "when is the flawed Immigration policy due for review? It was subject to 30 amendments before being adopted, and subsequently, Deputy Roffey parachuted in with legislation from 30 years ago when we had a growing industry on the island. None of this helps me with Open Market type B staff accommodation and the States are actively trying to export experienced staff never to return again. It's pure madness."

Mr Vermeulen said this isn't just a problem affecting the hospitality industry, claiming more people are leaving Guernsey than arriving, adding: "look at nurses as an example; surely all this has done is create uncertainty, and fewer tax payers in our local economy?"

He said overall, the previous system was more flexible, although he likes the idea of using the portal to register on line, but "where it falls flat is how long it takes to issue permits, and I think this is further exasperated by Brexit and devaluation of the pound. The laws need to be more pro-business and flexible." 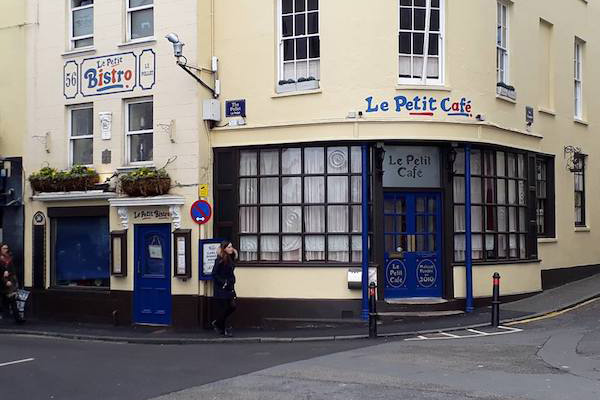 On the matter facing M & D Limited regarding the staff employed by Octopus and Le Petit Bistro, Mr Vermeulen said the owners should have been given another chance to get their paperwork in order:

"Mike and Delphine should have had a strict, final, warning and told it was unacceptable not to have permits for a few of their staff, that may have fallen through the net. They didn’t need or deserve  a fine and it certainly wasn’t intentional on their part- a little leniency wouldn’t go amiss!"

The Chief Secretary of the Committee for Home Affairs, which oversees population management, Mark Lempriere said the situation with the two popular restaurants has been an unusual one:

"It's a very rare occurrence for businesses to be prosecuted for employing people without the correct employment permit. Staff within the Population Management Office seek to deal proportionately with any instances where the correct permits aren’t in place, preferring to work with businesses, offer advice, guidance or warnings as necessary before taking legal action as a last resort."

Mr Lempriere said: "All businesses that utilise employment permits are required to go through an assessment process. While this is done online, all employers have the opportunity to speak to staff if they have any questions either about the process, the law in general or their requirements to comply with it. We carried out extensively engagement with employers before the law, which has now been in place for nearly a year, came into effect. Additionally, detailed information on employment permits is available at gov.gg/pmemployment"

Pictured: Information from the gov.gg page focusing on Employment permits

It's acknowledged there were some issues when the new system was first introduced, but Mr Lempriere said those concerns have been addressed: "While initial issues encountered when the new law came into effect were acknowledged at the time, the service is in a very different place now.

"For example, employment permit applications for any of the almost 240 jobs listed as 'in-policy' are processed in minutes for long-term permits, hours for medium-term permits and a few days for short-term permits, providing all necessary information is correctly supplied at the time of application.

"This is a marked improvement on the processing times for the old Housing Control Law."

Mr Vermeulen disagrees, adding:  "As an industry we are supposed to be working productively with PEAP to help sort out the situation and I am genuinely surprised that the States have decided to persecute people in our industry given there is an imminent review of the flawed legislation of permit system-like taking off the gloves and putting on the knuckle dusters."

Hotel will be torn down and turned into "world class resort"