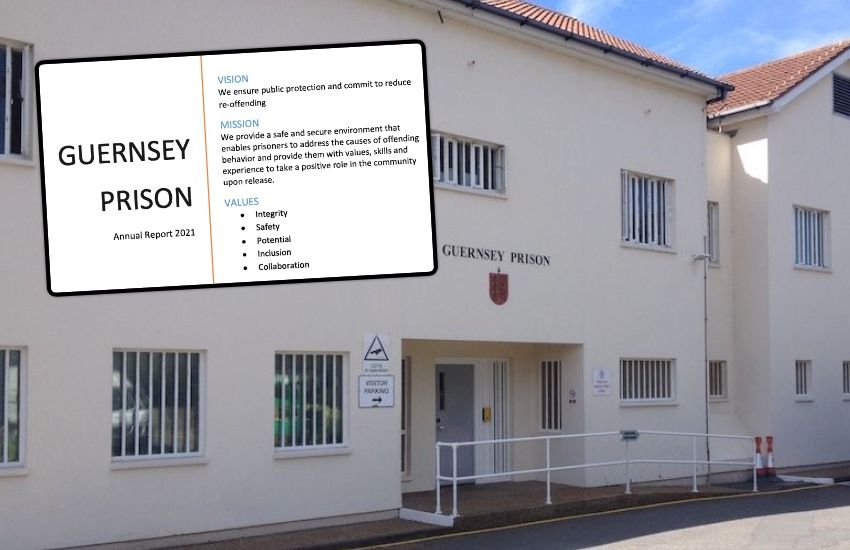 The latest annual report for Guernsey Prison has revealed a reduction in the number of prisoners and disciplinary incidents, but also an increase in educational provisions and qualifications attained, when compared to 2019 and 2020 levels.

The prison’s population has decreased across the previous three years, down to a yearly average of 78 in 2021 from 91 in 2019.

The number of adjudications fell from 205 in 2019 to 77 in 2021, which the report says is “a positive reflection of behavior in the prison”.

The report also states: “Those participating in education has increased since last year with additional course provision by 30%. 95% of all prisoners are engaged in purposeful activity with a significant increase in those attending vocational based education.”

Prisoner Governor John De Carteret said despite a challenging year due to the pandemic, the prison “has managed to deliver its service with continued success”.

"An increased emphasis on the working relationship between staff and prisoners through the personal officer scheme has shown promising results with a reduction in internal adjudications falling to a three year low at seventy-seven,” added Governor De Carteret. 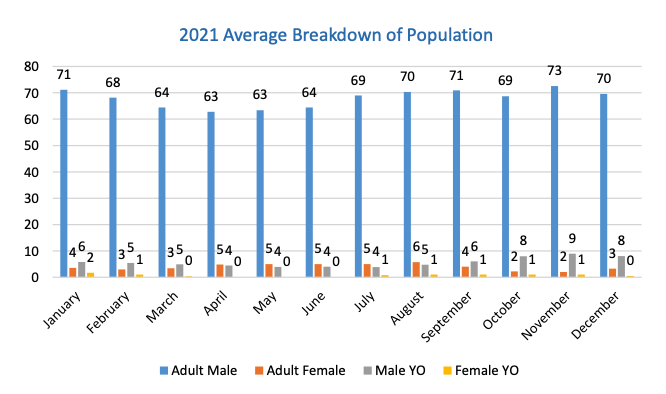 The prison says it has introduced new educational opportunities such as barbering and further language courses and expanded the depth of existing courses.

“This enabled significantly more prisoners to gain qualifications and resulted in an approximate increase of the number of qualifications gained by 30% from 2020,” said the report.

Higher level qualifications such as Maths and English have also experienced greater engagement from prisoners, as did participation to specialist distance learning provisions.

Vocational courses are offered online via iHasco, and four prisoners were studying towards degree level through the Open University. 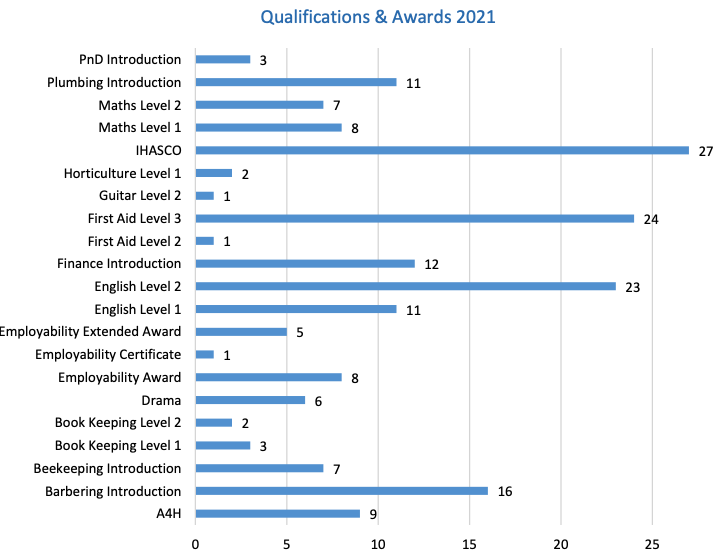 Pictured: A breakdown of courses undertaken by inmates in 2021.

During 2021, there were a total of seventy-seven offences against discipline. 45 resulted in penalties, several were referred to the Police, 14 were dismissed, and nine had no further action taken.

There were four appeals against adjudications, all of them were dismissed.

The most common offence was for prisoners unlawful or unauthorized possession, standing at 25 charges.

There were 16 charges of abusive or threatening language or behavior, and 11 charges of destroying or damaging the prison and private property.

18 reported incidents required the use of force. However, any instance of a Prison Officer physically touching a prisoner is required to be logged as a use of force incident. This reflects a reduction of 48 incidents compared to 2019.

The report says: “Eight were planned removals based around maintaining good order and discipline. The remaining incidents were spontaneous interventions, with no clear theme. There were no injuries reported by either staff or prisoners during any intervention.”

The report says this reflects the skill of prison staff in their increasing ability to verbally de-escalate instances of conflict.

There were also marked reductions in reports of both prisoner and staff injuries between 2020 and 2021.

Also, no deaths or escapes from custody were recorded. 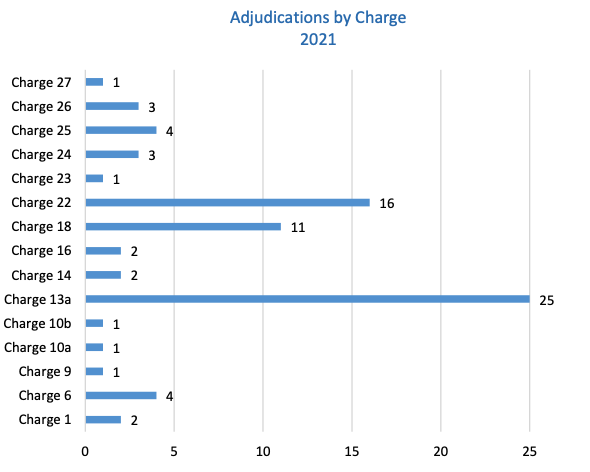 Pictured: Recorded charges against prisoners for 2021.

The report recognises the increasing importance of addressing trauma in prisoners.

“The Prison psychotherapist has now offered trauma informed approach training to all Prison staff. In 2022 the Prison will start to extend the awareness raising about the effects of trauma on physical and mental health to the prisoners,” says the report.

“Prisons that adopt a trauma informed approach report fewer incidents of self- harm, substance misuse, a decrease in violent incidents and much reduced rates of reconviction.”

The report also states the Les Nicolle’s internal systems and external fabric are deteriorating due to age, “and investment in its future proofing should be a priority".

You can read the report in full HERE.

Man wanted to be in prison