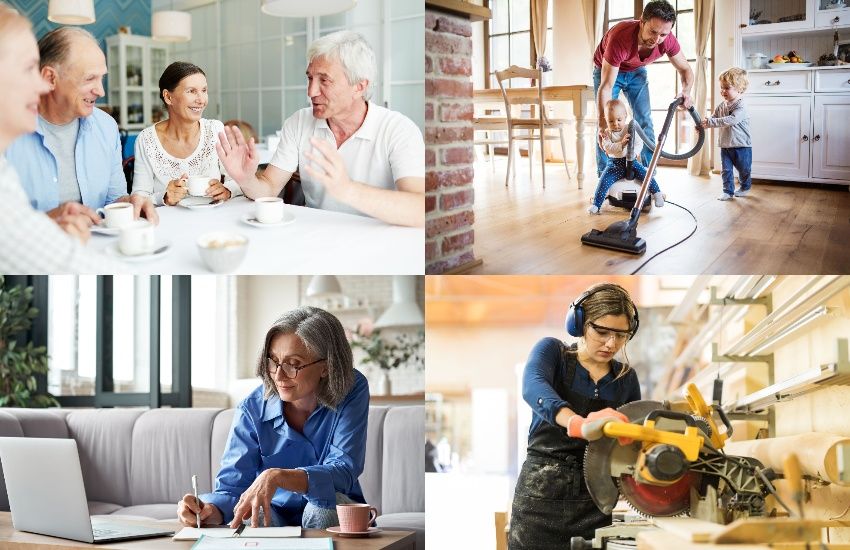 Political support is growing for the idea of getting more local residents into the workforce as an alternative to increasing both inward migration and the total size of the island's population.

The Committee for Home Affairs wants to relax population controls to prevent any reduction in the size of the workforce. The Committee will ask the States next week to back an increase in net inward migration - the number of people moving to the island minus the number leaving - from an average of 100 people a year to 300 people a year.

The Committee estimates that this would maintain the working-age population at around 31,000 and increase the total population to around 68,000 by the year 2051. 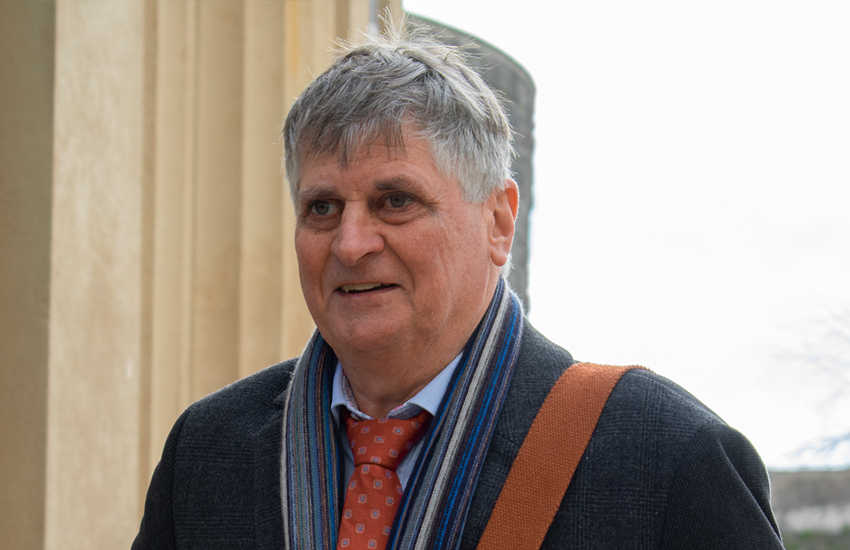 Pictured: Deputy Rob Prow, the President of the Committee for Home Affairs, will present proposals to the States which assume increasing levels of inward migration to the island and a total population of around 68,000.

Express reported yesterday on two amendments being prepared by Deputies Peter Roffey and Lindsay de Sausmarez which will ask the States to scrap the Committee's plan and instead aim for smaller increases in inward migration, no population growth in the long term and higher levels of productivity in the local workforce.

Now Deputies Sasha Kazantseva-Miller and Heidi Soulsby have produced a short paper explaining how the island could maintain the size of its workforce with less inward migration than the Committee for Home Affairs is proposing by getting more of the island's working-age population into jobs.

The two deputies cite figures which show that the percentage of local residents aged 25 to 64 who are actually in work has been falling in recent years and is lower than in more than 20 countries in the developed world. 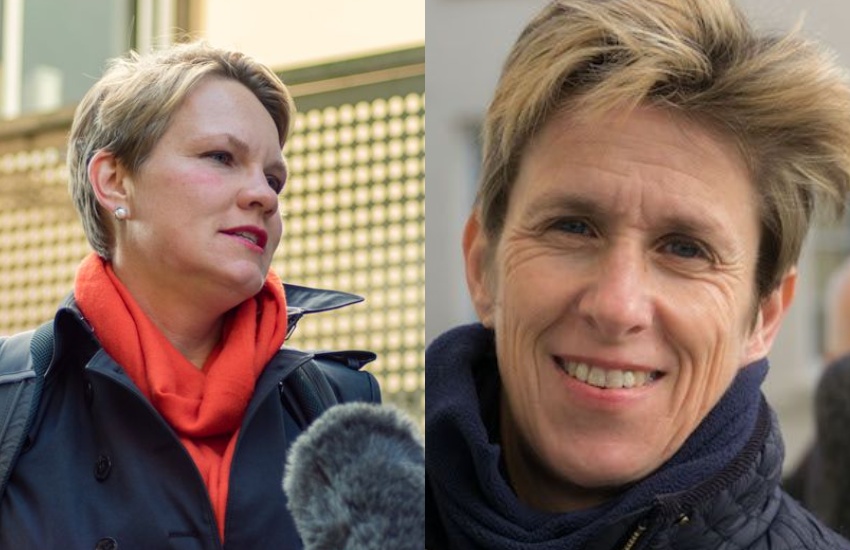 Pictured: Deputies Sasha Kazantseva-Miller and Heidi Soulsby argue that increasing the proportion of local residents in paid work would reduce the need for inward migration and population growth.

Deputies Kazantseva-Miller and Soulsby have submitted a minor amendment which asks the States merely to note that increasing the proportion of locals in work could reduce the need for inward migration in the future.

A short paper attached to their amendment explains why they think this issue - which is known as 'workforce participation' - should be given greater prominence in next week's States' debate about the island's population policy.

"A key target of the population and immigration review is to ensure that, by 2050, Guernsey retains a similar workforce to its 2020 levels - equivalent to about 31,000 people. There are different levers through which this objective can be achieved, including net migration, improvements to participation rate and better workforce utilisation," said the two deputies. 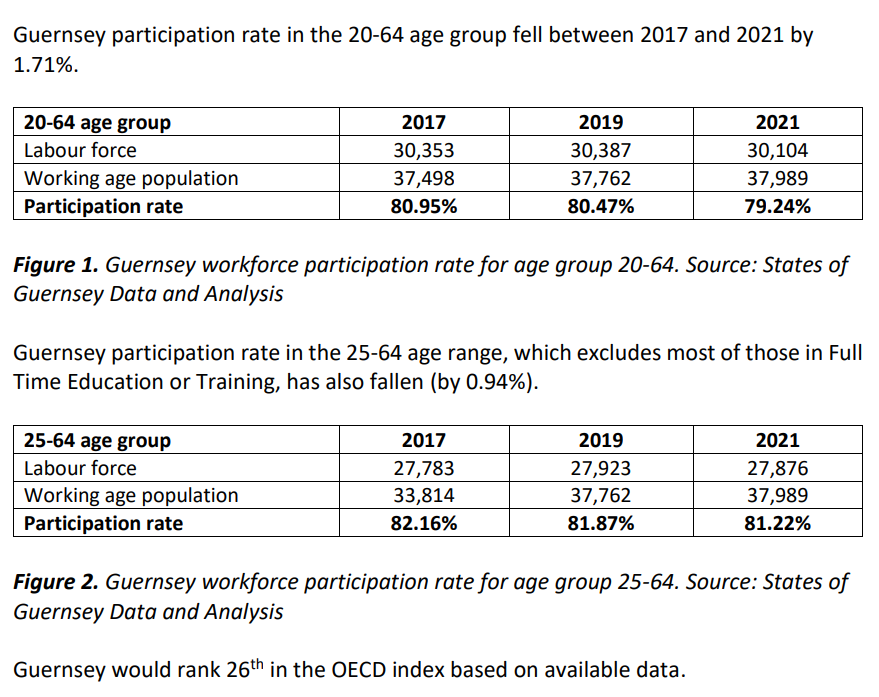 Pictured: Data from the States show that there has been a decline in the proportion of working-age local residents who are actually in paid work. Countries such as Sweden, Iceland and Switzerland have participation rates nearing 90% whereas Guernsey's is falling towards 80%.

Deputies Kazantseva-Miller and Soulsby said the States' data show that the island's workforce today would include an additional 646 local residents aged between 20 and 64 if the percentage of people of that age who are in paid work had not been in decline since 2017.

"An increase and maintenance of a higher participation rate creates a permanent and sustainable positive adjustment to workforce without additional pressure on infrastructure, housing and public services because those people are already here. It seeks to maximise the value of the human capital we already have on the island," they said.

"Relying on migration as the main lever for workforce growth has an element of risk, uncertainty and comes at [a] cost to businesses, infrastructure and public services. It would be prudent for the States to include factors such as participation rates in workforce planning to inform the strategic population objective.

"High-level sensitivity analysis conducted by officers during the consultation period for this amendment...demonstrates that the combined effect of increasing participation in the age group 20 to 64 can contribute to a lower net migration goal needed by 2050 than the [Committee for Home Affairs'] headline rate identified of 300 people [per year on average]." 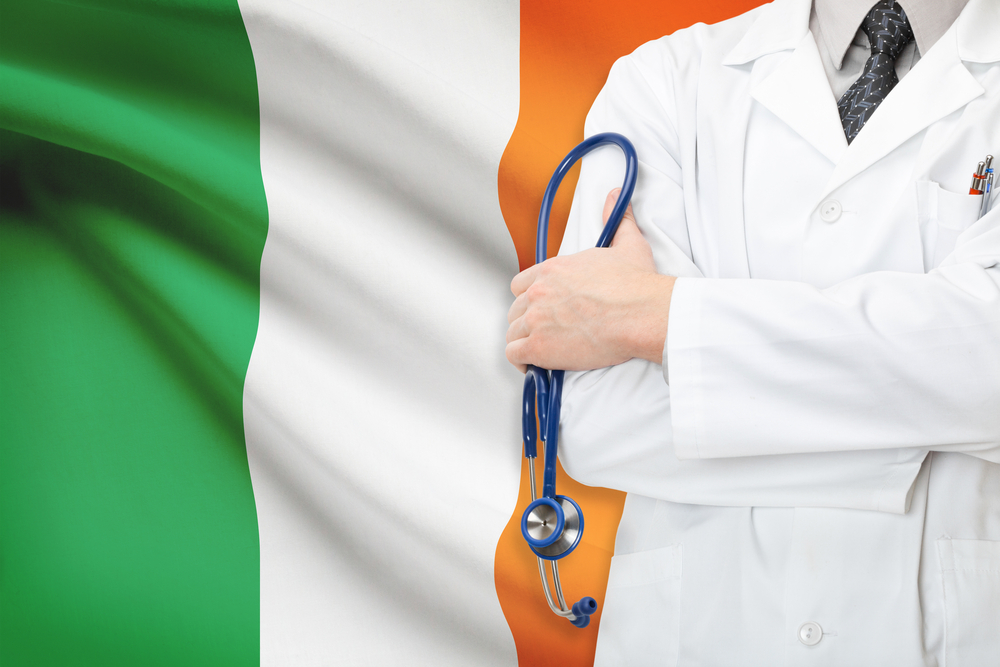 Pictured: There are currently additional population controls which make it harder for workers from Ireland and the UK to settle in Guernsey than it needs to be under immigration rules.

Move to attract more workers from UK and Ireland

The Committee for Home Affairs' plans for higher levels of inward migration over the next 30 years include making it easier for people to move to the island for work.

In another amendment they have submitted for debate next week, Deputies Kazantseva-Miller and Soulsby want the Committee "to consider any options to provide long-term employment pathways for residents of the Common Travel Area, particularly in respect of [the] duration of permits for jobs that might currently fall under the short-term employment permits system". 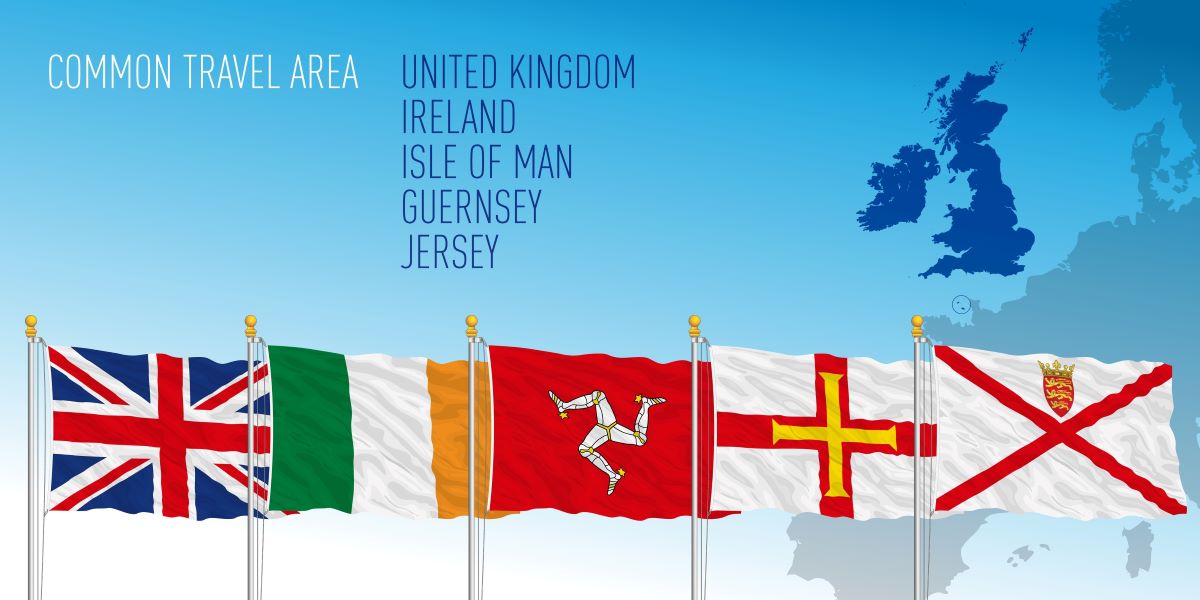 Pictured: Deputies Sasha Kazantseva-Miller and Heidi Soulsby think Guernsey could do more to use membership of the Common Travel Area to help alleviate a shortage of workers.

Recruitment rules harder than they need to be

This could mean making it easier for people within the Common Travel Area - which is the UK, Ireland, the Isle of Man and the Channel Islands - to settle in the island permanently.

"Residents of the Common Travel Area do not need to worry about the UK immigration restrictions because they have already achieved the right to remain and work in the area. However, based on the current policy...Common Travel Area residents will continue being treated on an equal basis to all nationalities despite not being bound by immigration policy," said Deputies Kazantseva-Miller and Soulsby.

"Given the acute labour shortage and the forecast decline in our workforce, it could be argued that it would be beneficial to Guernsey to treat Common Travel Area residents differently...under the domestic population management regime - because they are not subject to immigration policy.

"This would allow Guernsey to attract and retain more Common Travel Area workers for longer, which would help with long-term cumulative net migration, addressing labour shortages, reducing the workforce churn and the cost to hire and train workers."