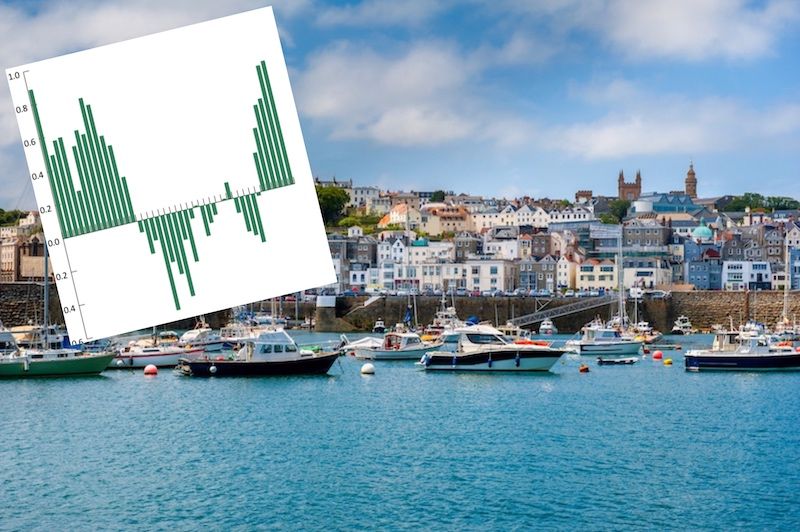 Despite a decline in the island's birth rate, Guernsey's population has seen quite an increase over the past year, with a rise of 459 residents.

According to the latest annual census, which was published at the end of January, the total population now stands at 62,792.

Throughout the year ending March 2019, the island saw a natural decrease of 42 people alongside a net migration of 501. The biggest increase came in the number of residents aged 85 and over, though all other age groups did see a rise.

However, the island's birth rate has taken a significant dip over the past decade, with the number of local deaths now outweighing the number of newborn babies. 646 births took place in 2009, while just 497 took place last year. The number of deaths has remained relatively consistent over the years, with 539 in 2019. 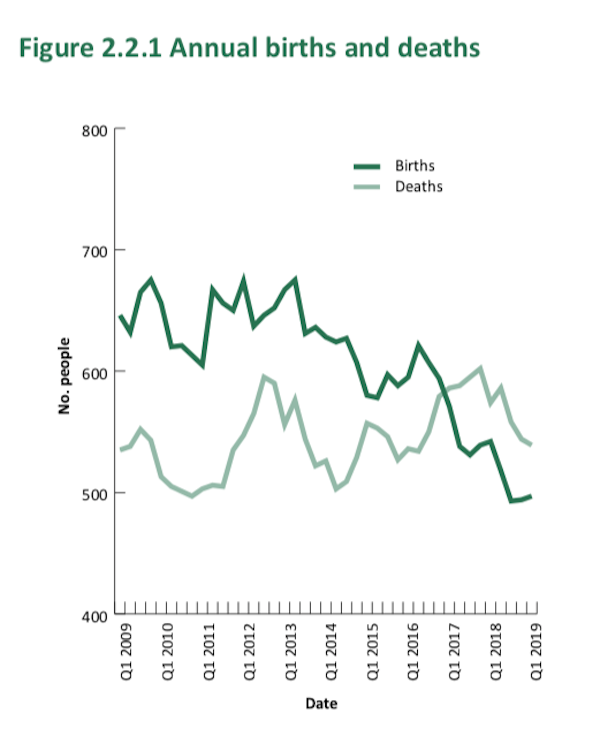 Following the trend of previous years, there are still hundreds more females than males in Guernsey, with a difference of 632 between the two. Although there are typically more baby boys born than girls, the average life expectancy for women is longer than that of men.

The census supported the prediction, with the median age of Guernsey males at 42 and females at 45.

The census showed 82.5% of residents aged between 16 and 64 were either in full time education, employed or self employed by the end of March last year, with 11.2% of those aged 65 to 74 also in work.

Finance is still the island's largest sector, employing nearly 19% of the working population. The second highest sector is wholesale, retail and repairs, which hires 12.1%.

As of September 2019, the average Guernsey worker earned £33,916 a year. There was a £6,546 gap between the average amount male workers were paid compared to what female workers earned. 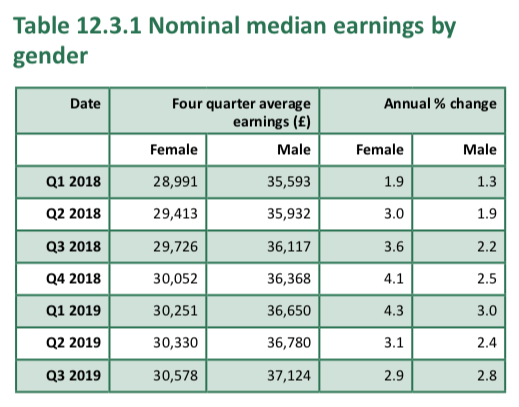 Finance was the highest earning sector.

St Peter Port remains the most highly and densely populated parish, with 30.2% of people living in the area - that's nearly 19,000 people.

Meanwhile, 91.1% of the island's population were living in Local Market housing, while 8% were in Open Market units. The precise address for the remaining portion was unknown.

The majority of people in the island live in private owner occupied homes, while 22% live in rented accommodation and 9.4% live in social housing.

52% of the island's population is known to have been born in Guernsey, with nearly a quarter from the UK and Republic of Ireland. 2.2% were born in Portugal, 1.5% came over from Latvia and about 12% of the population's country of birth was unknown.

The report is available to read in full here.