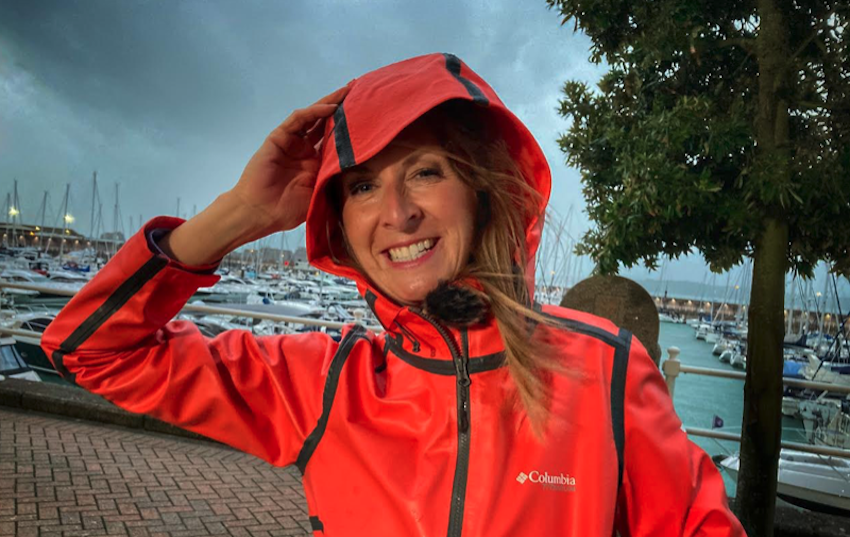 After 16 years of letting islanders know if it’s going to rain or shine in the days ahead, Sophia Bird is standing down as ITV Channel’s weather presenter.

Since 2005, she has been a popular fixture in the teatimes of thousands of homes in the Channel Islands who tune into ITV1 at 18:00 - not only because of her forecasts but also her colourful outside broadcasts in Jersey, from fields in St. Ouen to Les Minquiers reef.

Ms Bird and her husband Cedric are becoming directors of a local business but they can't share more details about that yet.

She said: “The best bit of the job has been meeting all the wonderful farmers, gardeners and islanders who have allowed me to share their stories. Also, working with Jersey Met and UK Met and the technical team at ITV Channel that make me look so good.

“Presenting ITV National Weather was a big highlight but I've also presented the 18:00 news bulletin at Channel, and even Puffin’s Pla(i)ce.” 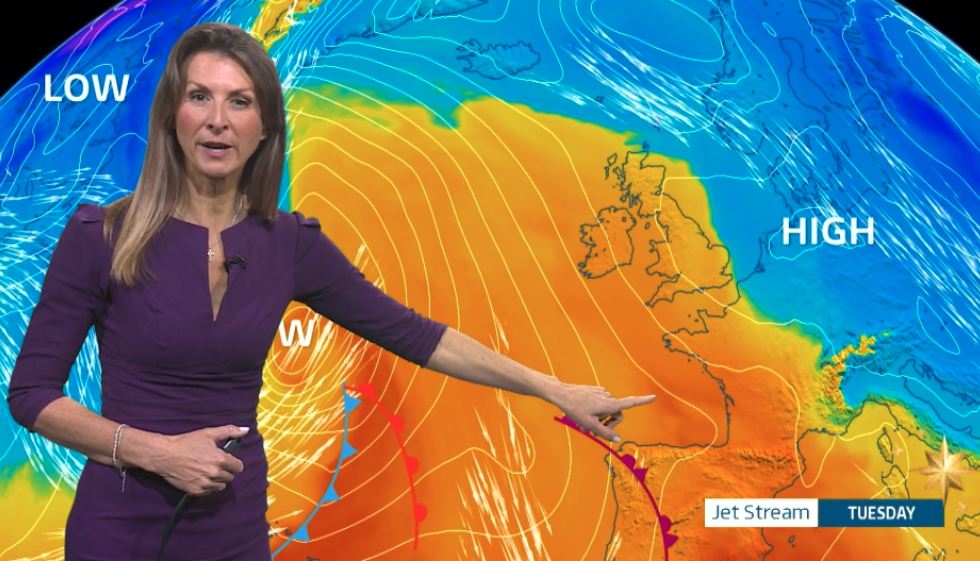 Pictured: Sophia Bird presents multiple bulletins throughout the day to keep viewers up to date with the latest weather forecasts.

She added that the challenges included keeping on top of the latest forecasts and presenting the most accurate forecasts she could, despite the islands’ unpredictable microclimates.

“I’m really looking forward to meeting my replacement,” she said. “I’ve had a lot of people contact me to ask me about the role, but many people don’t realise quite how much work is involved.

“It’s not just standing in front of the screen. In fact, make-up is the last thing on my mind. My priority is my conference calls to speak to the Met Office and to create the most accurate forecasts.”

Pictured: Sophia Bird has become familiar to Channel Islanders over the past 16 years. At the end of March, she will leave her role with ITV Channel. She said she would "share details nearer the time as to my new adventure".

“I will miss the role very much, but I am ready to embrace a new challenge and hope that I have been a trusted friend,” she said.

Before joining ITV Channel, she worked at HSBC in Fund and Investment Management in Jersey for 10 years, but originally trained as an interior designer.

When she started her role as a weather presenter, she had no formal meteorological qualifications, and so she picked up a lot of knowledge on the job, especially from the team at the Jersey Met Office.

A typical day as a weather presenter

“The day starts at 08:00 when I read all my emails from Jersey Met and decide on the day’s story for each of the islands. Conference calls to UK Met and Jersey Met follow, and then into the Green Room to do makeup.

“After that, it’s a stroll to the studio and stand in front of the chroma to present the weather. There is no script and I have to make sure all the warnings for each of the islands is correct - they are all different in their own way.

“Once the morning forecast is presented, I then prepare the lunchtime bulletin which is a different talk time. 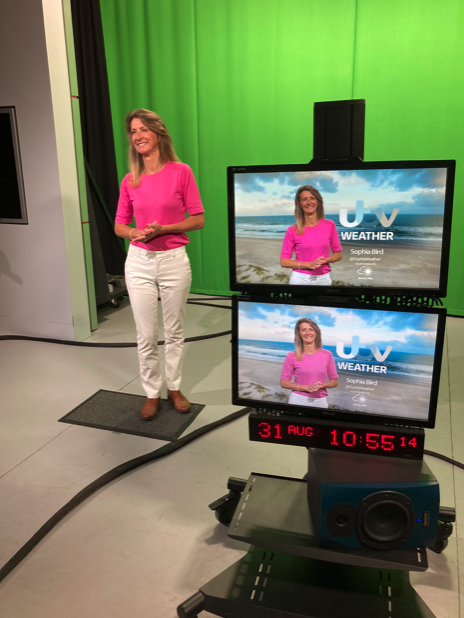 Pictured: In front of the 'chroma screen' at the ITV Channel studios.

“The afternoon one follows, but the biggest forecast to work on is the news at 18:00 where the forecast is the longest and most detailed. In addition to all that, I have to combine my day with finding and producing my own weather piece to run in the programme.

“I have a super contacts book and chat to as many locals as I can to get the best stories that affect many different communities.

“These stories are then filmed and edited on the day, and then the last job, if it's not a live in the studio at 18:00, is also to create and present the news at 22:00 and the Good Morning Britain bulletins for the following morning.

“Each bulletin is a different length and I have someone counting me down in my ear so that I am to the second, otherwise the bulletin may bump into a commercial or eat the news time up.”

I have news for you! I am leaving @ITVChannelTV at the end of March. I will share details nearer the time as to my new adventure, but in the meantime….@Jersey_Met @GuernseyMet @metoffice @itvweather pic.twitter.com/qzFnYDq0NZ

Pictured: Ms Bird thanked her colleagues and viewers for their support since she became ITV Channel's weather presenter in 2005.