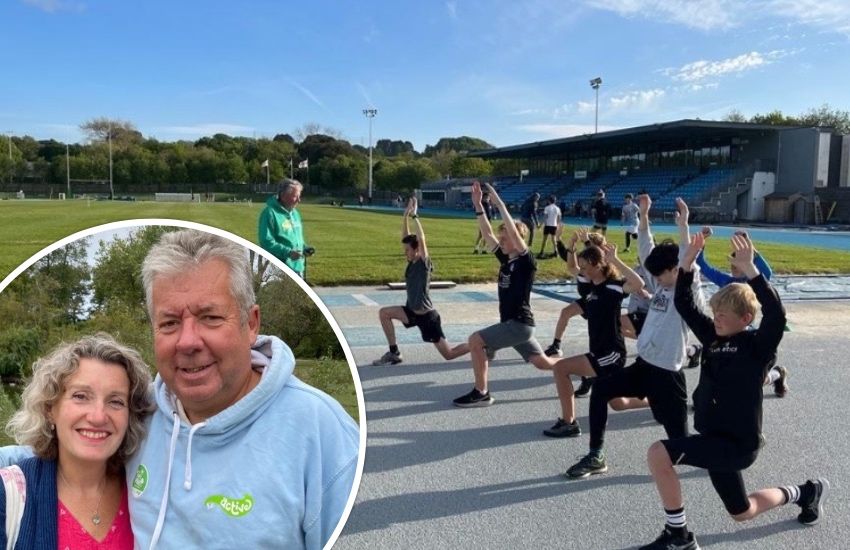 It's not often that you can credit someone for leading by example and being unwavering in the values they promote, but it is certainly something that can be said of Alun Williams.

Alun has dedicated his career, spanning nearly four decades, and personal life to serving the community and promoting living an active life. I was keen to sit down and find out more about the man who, without exception, everyone I have spoken to either knows or recognises as the face of a healthy lifestyle.

Alun has worked for the civil service since moving to Guernsey 40 years ago. 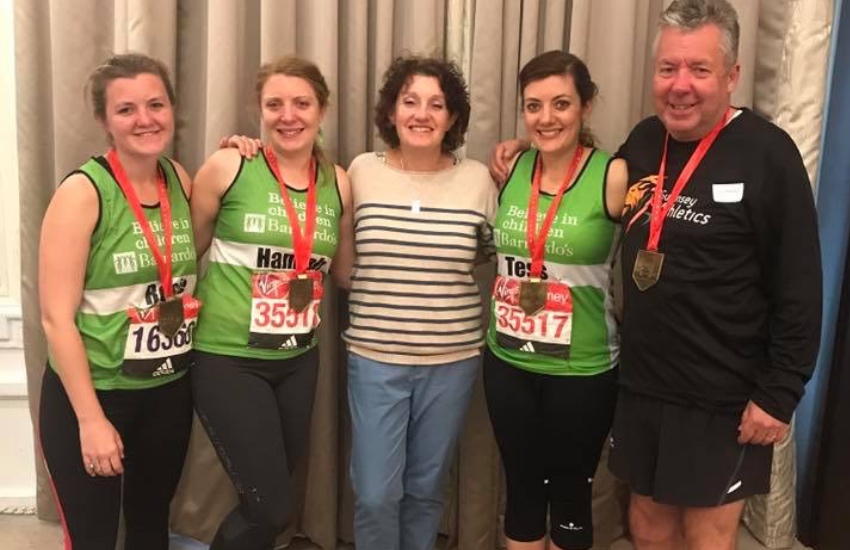 Pictured: Alun completed the London Marathon with his wife and three daughters in 2017.

“Guernsey is an incredible place to raise children and I feel very fortunate to have raised a family here.

“I have always had a passion for sport and being active and Guernsey is a fantastic place for being active outdoors. As I got to explore the island more and started different activities I got hooked on athletics.”

A former president of the Guernsey Athletics Club, Alun now voluntarily coaches 12 – 15-year-olds in the sport.

“It’s incredibly rewarding to be able to coach the younger generation of athletes, I really enjoy it,” he said.

“I have coached all abilities, including nationally rated islanders, and I take just as much pleasure from coaching the slower athletes as the fastest ones because it’s not about the winning.

“If I was someone who thought that winning was all that mattered then I wouldn’t be able to retain anyone in the sport, I also wouldn’t be a West Ham Fan. The important thing is that every young person I coach seeks to see improvement in their own ability and that’s a completely individual thing.” 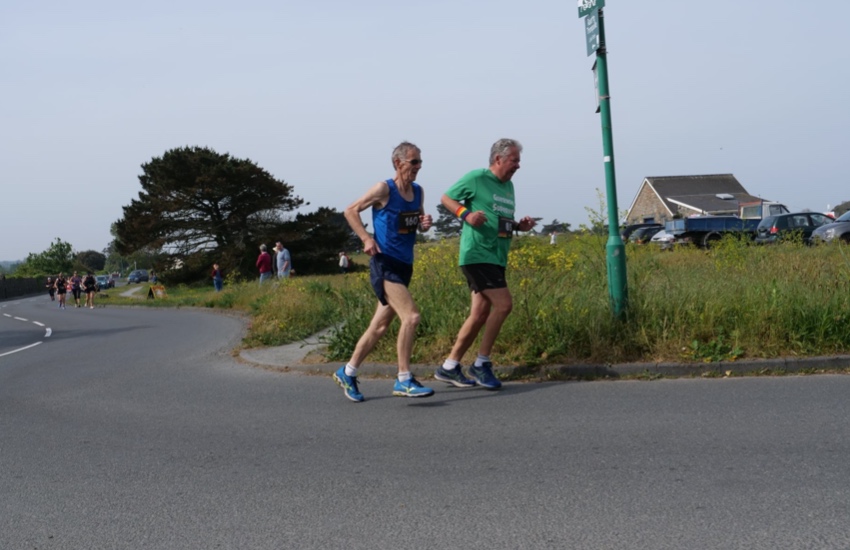 Alun said that there is “something different” about young people in Guernsey.

“All the kids I coach are extremely respectful to all the coaches, they try really hard and are so supportive of each other,” he said.

“I think it is something about Guernsey children, they are polite and interested, I’ve seen it with my own children and their friends as they’ve grown up.”

Alun has three daughters who are all in their thirties.

“I am so blessed that all my daughters are still on the island, and I now have three grandchildren, which is a fantastic experience,” he said.

Alun said his wife and daughters all lead healthy lifestyles.

“You have to allow your children to live the lives they want to live, but by their own choice all our children are very active,” he said.

“My wife is a keen sea swimmer and I can see it in my daughters and even grandchildren that they look at Liz, and to some extent myself, as a role model.

“One of the highlights of my life was completing the London Marathon with my wife and daughters in 2017. We didn’t all run together, because we all had our own pace, but to be able to do that as a family was really special.” 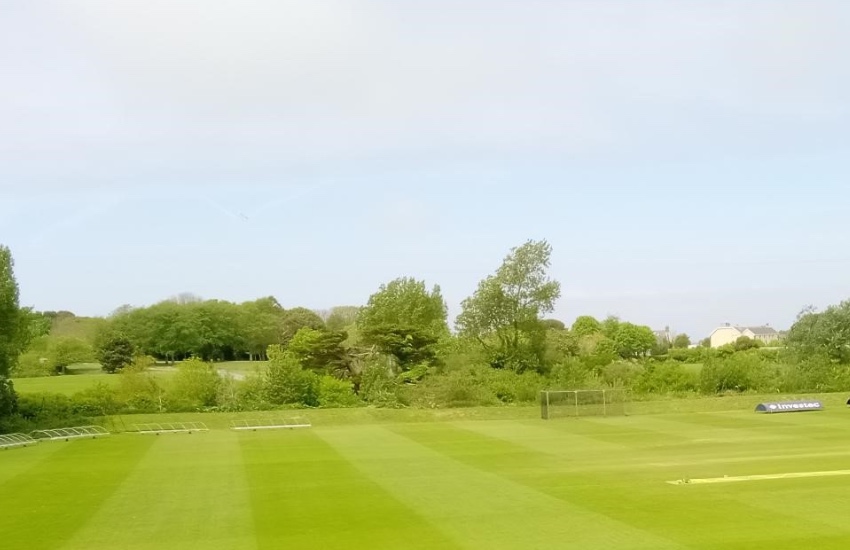 Pictured: Alun said the view from his office at the KGV has helped him to appreciate "taking notice" of the world around him.

Despite being aware of the benefits of living a healthy lifestyle, the introduction of the “five ways to wellbeing”, developed by the New Economics Foundation over 10 years ago, struck a chord with Alun.

“The initiative was the first time that people had really looked to structure a holistic approach to wellbeing, which includes prevention,” he said.

The five ways to wellbeing are to be active, keep learning, help others, connect and take notice.

Alun is the Be Active Lead for the Health Improvement Commission, which seeks to encourage islanders to have healthy lives via the implementation of the five ways to wellness.

“I think it’s probably obvious to everyone that I have a real drive and passion for being active,” he said.

“I have competed in over 500 local athletic club races over the years. I have only ever won one, but I set the handicap for that so I’m not entirely sure that win even counts.

“I recently took part in the Guernsey marathon alongside my friend, Trevor Jeffries. Trevor is a huge inspiration to me, he’s 80 years old but still running and that’s exactly how I want to be; I am determined not to grow old gracefully.” 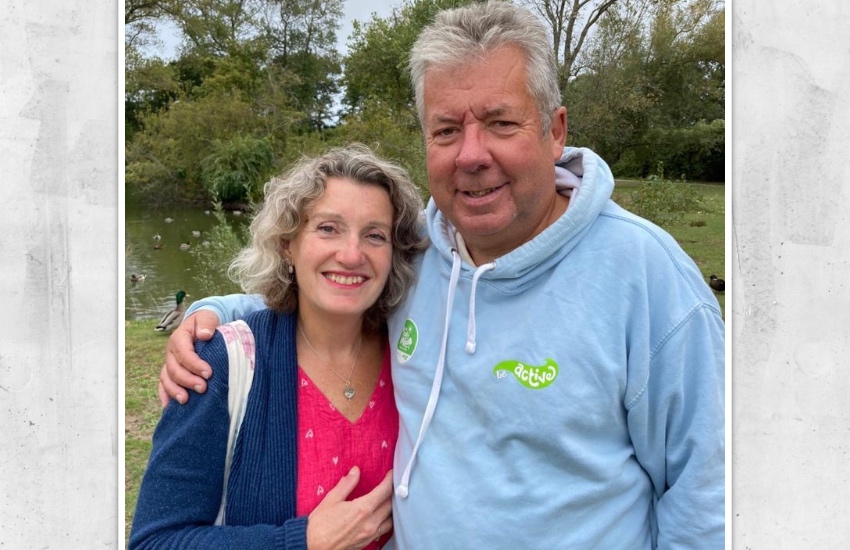 Pictured: Alun moved to Guernsey after "falling in love" with his wife, Liz.

Alun said that his professional career has helped him to always tick the “keep learning” box of the five ways to wellbeing.

“I was the lifelong learning manager for the Education Department, so I have always been acutely aware of the importance to never stop learning new things,” he said.

“By chance, I have moved into different career roles around every five years within the States, which has meant that I am always learning new skills, gaining new knowledge and new attitudes, but my values have remained the same.

“I was originally on secondment with the Health Improvement Commission, but it developed into a permanent role, and I am so grateful to be part of a team where our values align and I really love what I do.”

The Health Improvement Commission is based at the KGV.

“I must admit that, in the past, I haven’t realised how important the step of 'be aware' is in the five steps, but moving to an office at KGV really brought that to the forefront of my mind,” he said.

“I had previously been working at Charles Frossard House and now I have a fantastic view of the playing fields and nature area. As a team we complete The Daily Mile each day walking around the fields, and it’s really helped me to focus on living for the moment and appreciating the beautiful scenery around me.” 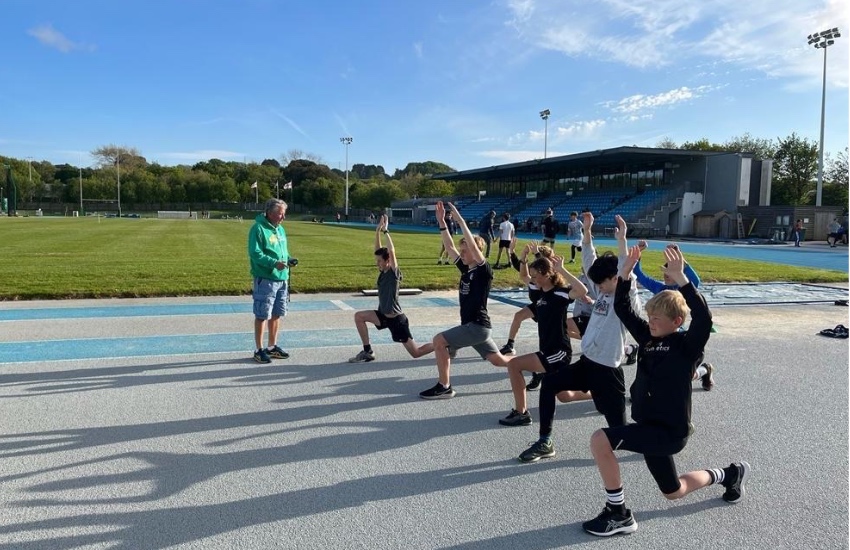 Alun considers the introduction of The Daily Mile initiative to be “the perfect solution of its time”.

The initiative sees children participate in 15 minutes of exercise each day and has been extended to the community.

“The Daily Mile is fun, free and there are very few barriers to everyone completing the 15 minutes of activity,” said Alun.

“The creation of the Health Improvement Commission was another exciting development for healthy lifestyles in Guernsey. We always acknowledge that there are barriers for some people in being active; not everyone has the opportunity or capability to flourish through activity, but we will always do what we can to give those opportunities and make it accessible.”

Alun said that he covers the “connect” aspect of the five ways to wellbeing thanks to his family and friends.

“I am very lucky to be surrounded by people in both my personal and professional life who have the same values as me and who support me,” he said.

“I still see my mum and my sister in the UK regularly, but I was also lucky to marry into a big Guernsey family and we enjoy spending time with each other. I work four days a week, so I babysit my grandchildren on a Monday, and I love it." 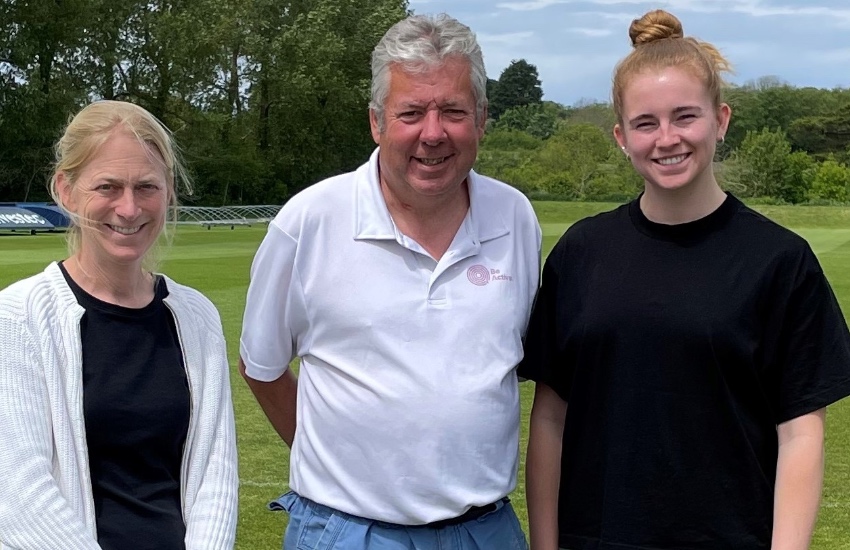 “It’s amazing to be able to spend that kind of time with my grandchildren and it’s so different than being at work, although I am really passionate about my job," said Alun.

It is clear to anyone how Alun achieves the “help others” segment of the initiative, through his voluntary involvement in Guernsey athletics, work going into schools to promote healthy lifestyles to children, engaging with the corporate and public communities and seeking to improve the health and wellbeing of all islanders.

“I have seen a significant improvement in schools and the island generally in recognising the importance of being active,” he said.

“There are still some barriers and not everyone is afforded the same opportunities but being active is inexpensive and not difficult to implement.

“We are encouraging people to be more active via initiatives like blended active travel, we are not telling people they can’t ever drive, but that there are benefits in blending active travel into their routines." 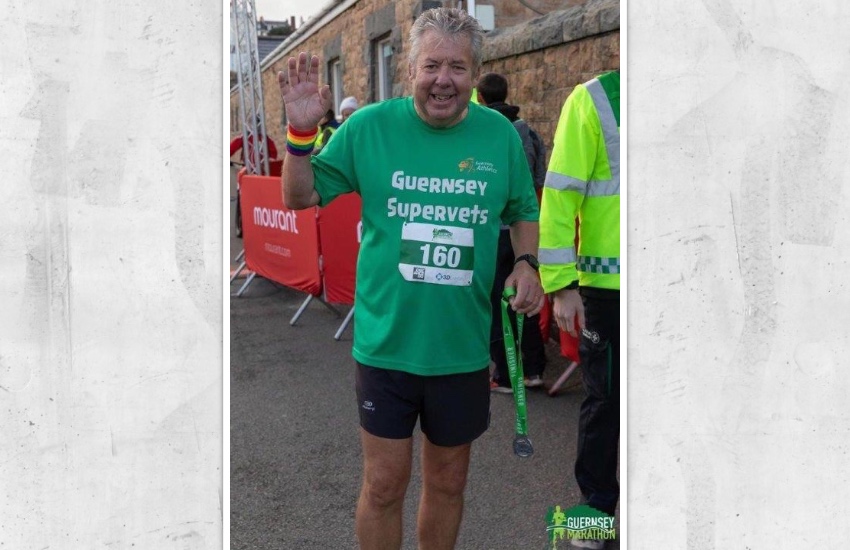 Pictured: The first marathon that Alun ever participated in was the Guernsey marathon.

Alun continued: “A lot of businesses are seeing the value in letting staff take 15-20 minute breaks away from their desks, and in the future I’d like to see both school uniforms and work attire being part of that because, sometimes, clothing is a barrier to being active.

“The World Health Organisation has ten-year goals to improve activity so it’s definitely not a quick fix, but I am determined to keep promoting active, healthy lifestyles as long as I can.”

Do you know what the recommended drinking guidelines are?