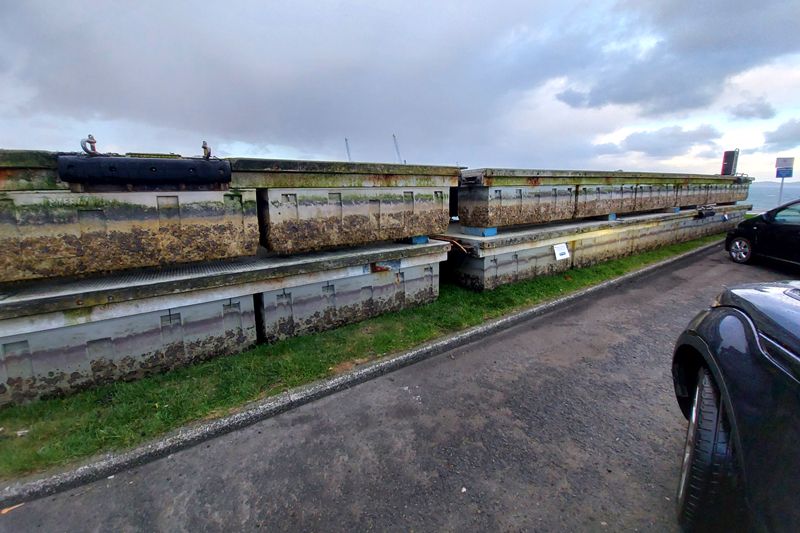 The view from the Model Yacht Pond across the Harbour is currently blocked by four pontoons stacked on the grass.

It is hoped they will be moved soon – possibly as early as the middle of this week.

The popular viewing area between the Pond and the grass remains accessible to vehicles. But anyone parked there will not see anything from their car except the stacked pontoons.

The pontoons belong to Boatworks+, who moved them from their refuelling area in the Harbour on Saturday ahead of stronger winds forecast for this week. The pontoons are at risk of damage if left in the water in strong north-easterly winds. 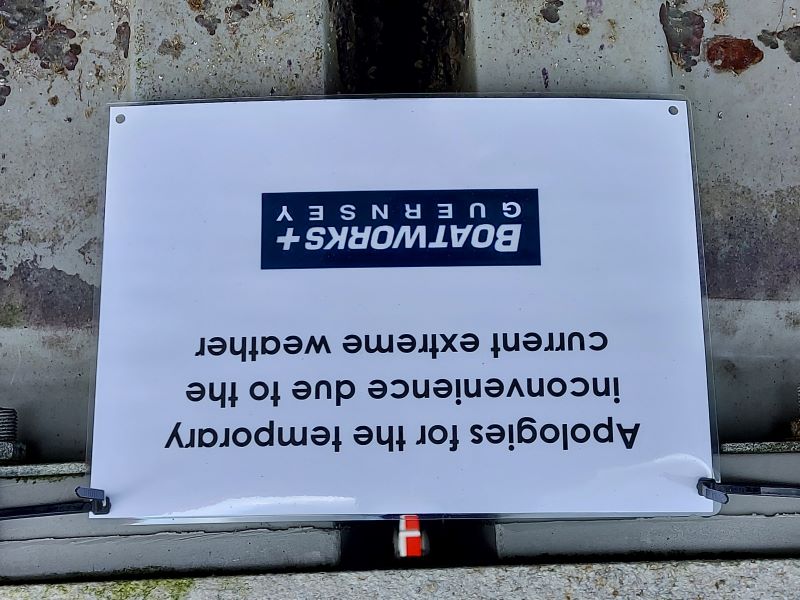 Pictured: Boatworks+ moved their pontoons to the grass verge by the Model Yacht Pond to avoid them being damaged by north-easterly winds.

When they need to be moved out of the water, they are normally craned over the Pond and placed by a German bunker on the other side of the Pond.

Dale Acton of Boatworks+ said that on this occasion the Pond was in use when the pontoons had to be moved and it would have been unsafe to crane them into their usual location.

“A decision was made in conjunction with Guernsey Harbours to temporarily place them on a grass verge, so they were at least out of the water where they would have been ripped apart by the wind,” said Mr Acton.

“Weather permitting, they will be removed on Wednesday, but if the weather remains awful they will stay longer.”

Pictured: It is hoped that the iconic views of the Harbour and Town from the grass verge by the Model Yacht Pond will be restored soon.