Police checking for drink drivers "anywhere, any time of day" 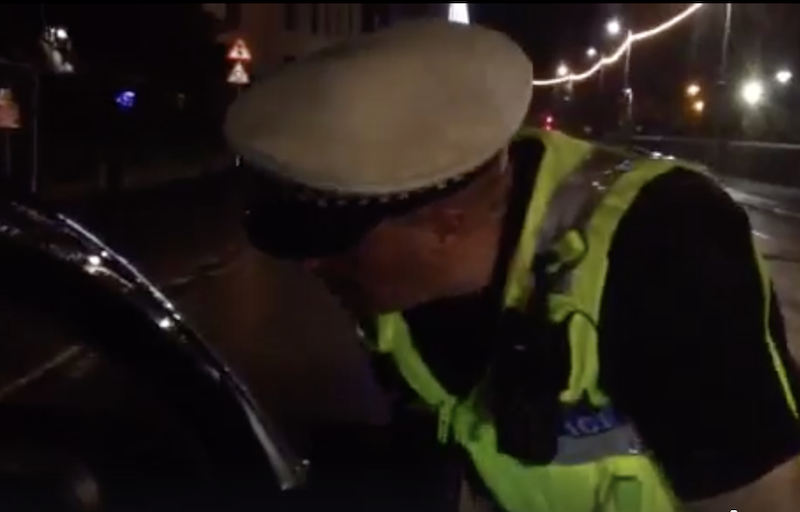 Police checking for drink drivers "anywhere, any time of day"

"Don't put other people's lives at risk" was the main message from motorists we spoke to whilst doing spot checks with Guernsey Police.

A joint drink drive campaign has been launched in the run up to Christmas reminding people not to drink and drive by encouraging them to think of the consequences if they do.

As part of the "It's a small island" campaign, Guernsey Police's Roads Policing Team are randomly spot checking motorists at different locations in the island.

There is no set routine for who they check, and no set hours for when they carry the checks out - PC 98 Mat Du Port said they could be anywhere, at any time.

"Drink driving does happen and we have had some extremely high readings in some cases," he said.

"There are no hard and fast rules for who we check, and we don’t profile any type of vehicle. If you are on the roads then we are going to do a check. 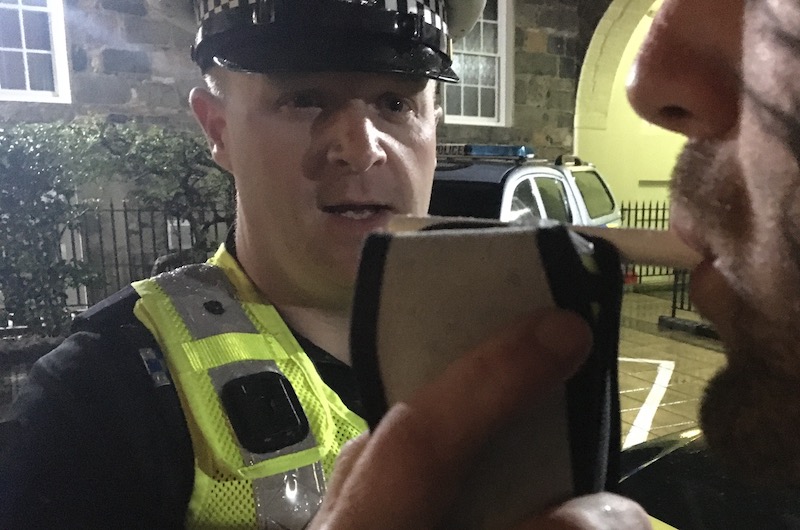 Pictured: PC Du Port taking me through the procedure of being breathalysed.

"I want to stop as many cars as I can and have the highest chance of catching someone drink driving, but have the least impact on people’s days as possible."

On Wednesday evening, Pc Du Port was spot checking vehicles along the Seafront. In most cases, he just had a short conversation with them, explaining the campaign and asking if they had consumed any alcohol before thanking them for their cooperation and letting them on their way.

However, if someone admits to having had an alcoholic drink, or PC Du Port has concerns over their behaviour, he will administer a breath test.

One of the motorists spot checked, Keith Dorrian, said he was pleased the police are on the streets having a visible presence.

"It is the first time I have been spot checked for drink driving and I am glad they are doing it. It is a small island and you have got to realise if you are using your car, you cannot drink."

Get a taxi. Catch the bus. Designate a driver. Walk.

We are out there any time, any place and in any weather.

Zoe and Charlotte said the anti-drink drive message was an important one.

"There are many people who think they can get away with it."

And Scott Broome said people are risking their own and other's lives by driving with alcohol in their system.

"I don’t have any time for drink drivers, they put other people’s lives at risk – it’s not worth it."

Whilst they were all allowed swiftly on their way, one woman had to be breathalysed after admitting to having drunk a glass of wine with her meal two hours before the spot check.

She came in below the legal limit, but was advised that at another time, on another day, due to a number of factors, the result could have been different.

"Just because she was under the limit today, tomorrow she would probably be at a different level - it might be higher, it might be lower," Pc Du Port said to me of the conversation he had with her. "The simple advice is don’t drink at all if you are driving." 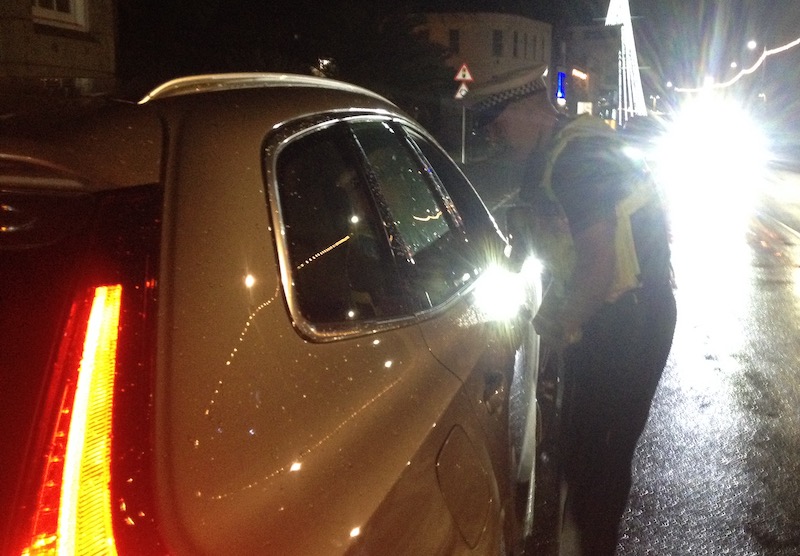 Pictured: PC Du Port talking to a motorist about the drink drive campaign.

Speaking to me after being breathalysed, the woman said: "He was very pleasant, calm, no trouble, I understood what he said and it was all very straightforward."

What if she would have had another alcoholic drink and then got behind the wheel?

"I am very conscious that you cannot do that," she replied. "It is not acceptable and I would never get in a car with someone who had been drinking either."

While the police are doing everything in their power to catch drink drivers and bring them to justice, members of the public play a huge role in that, which PC Du Port is grateful for.

"Not a day goes by without someone calling us saying they suspect someone of drink driving," he said. "We do rely on the public because we cannot be everywhere at once."