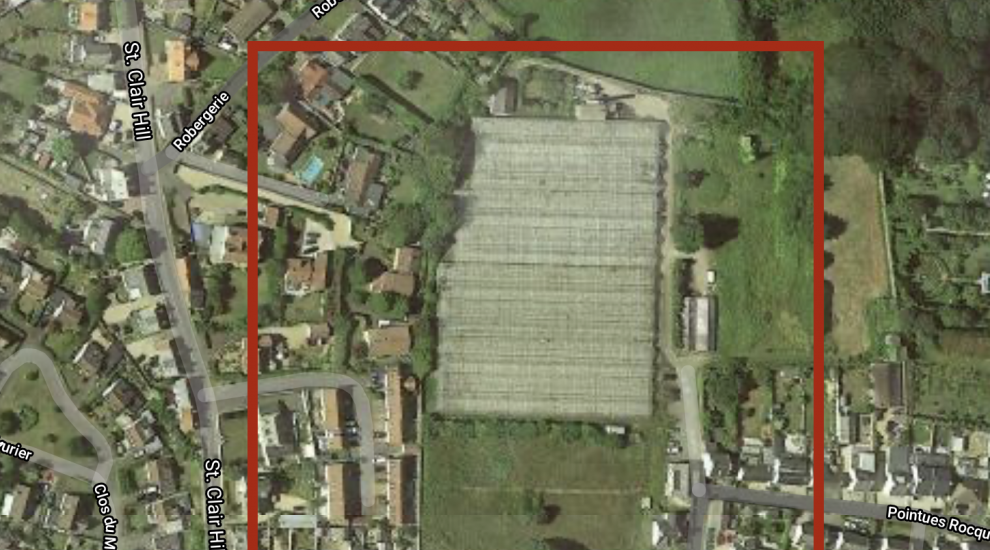 A revised planning application has been submitted for 68 properties at the contentious Pointues Rocques site in St Sampson's.

The possibility of developing the former greenhouse site has been on the cards since 2017. 83 properties were proposed in the first phase of development; subsequently a new planning application was published in 2019.

The Development and Planning Authority deferred the application due to a raft of concerns, which developers PF&A hope to have rectified.

One big change has been the inclusion of 16 affordable homes. 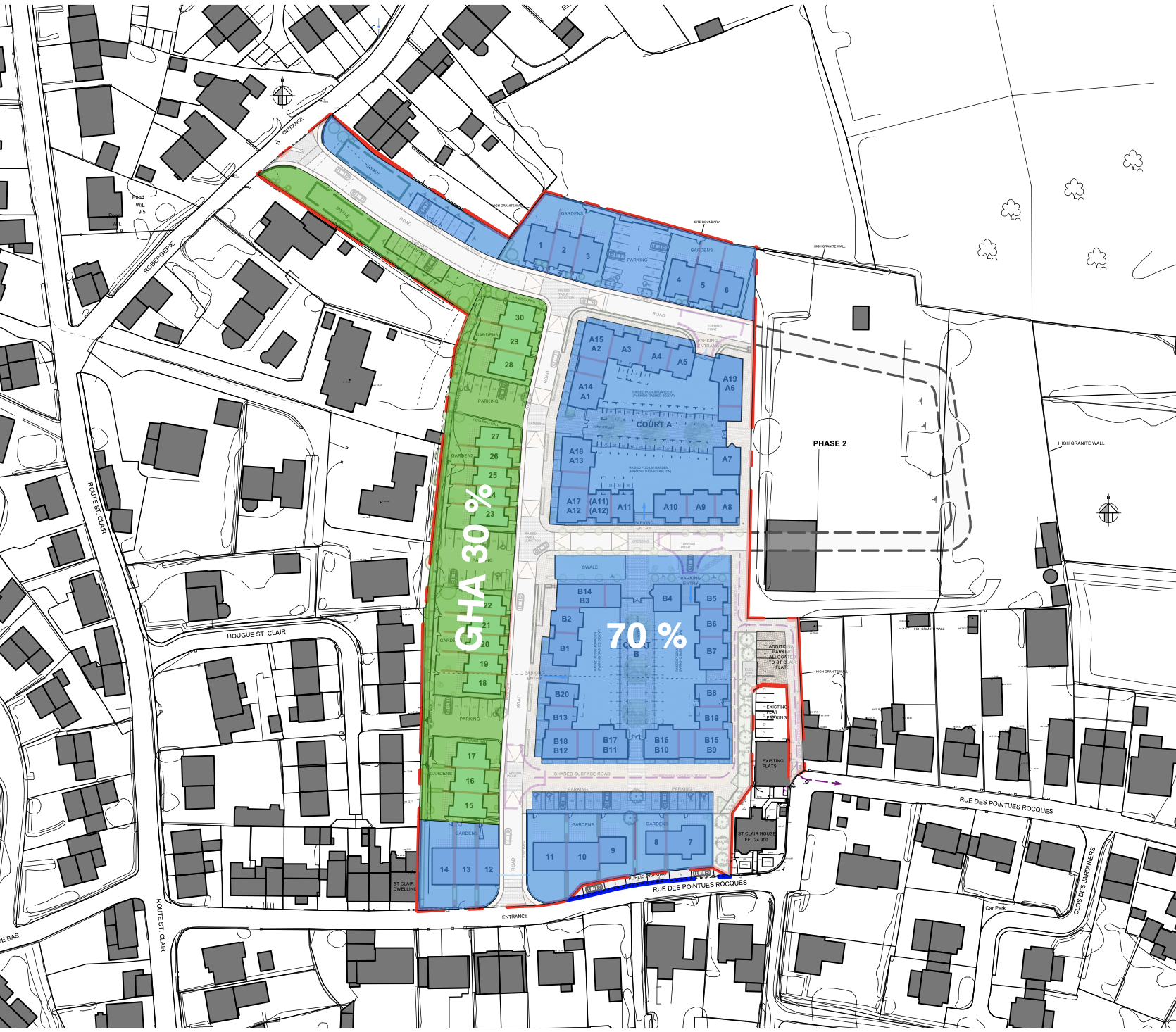 Pictured: It’s hoped that the commitment to affordable housing, among other revisions, will push the project forward.

The development will also require the removal of roadside parking on the Robergerie to improve two-way traffic flow, and a suggestion to direct pedestrians through the development.

Parking has also been proposed along the winding and narrow Pointues Rocques road. Once built the intention is to ‘cede’ this to the States of Guernsey for control, leaving the maintenance responsibilities to government.

Additionally, a Surface Water Management Plan, a revised Traffic Impact Assessment, and an updated Construction & Environmental Management Plan have all been included in the revised planning application. 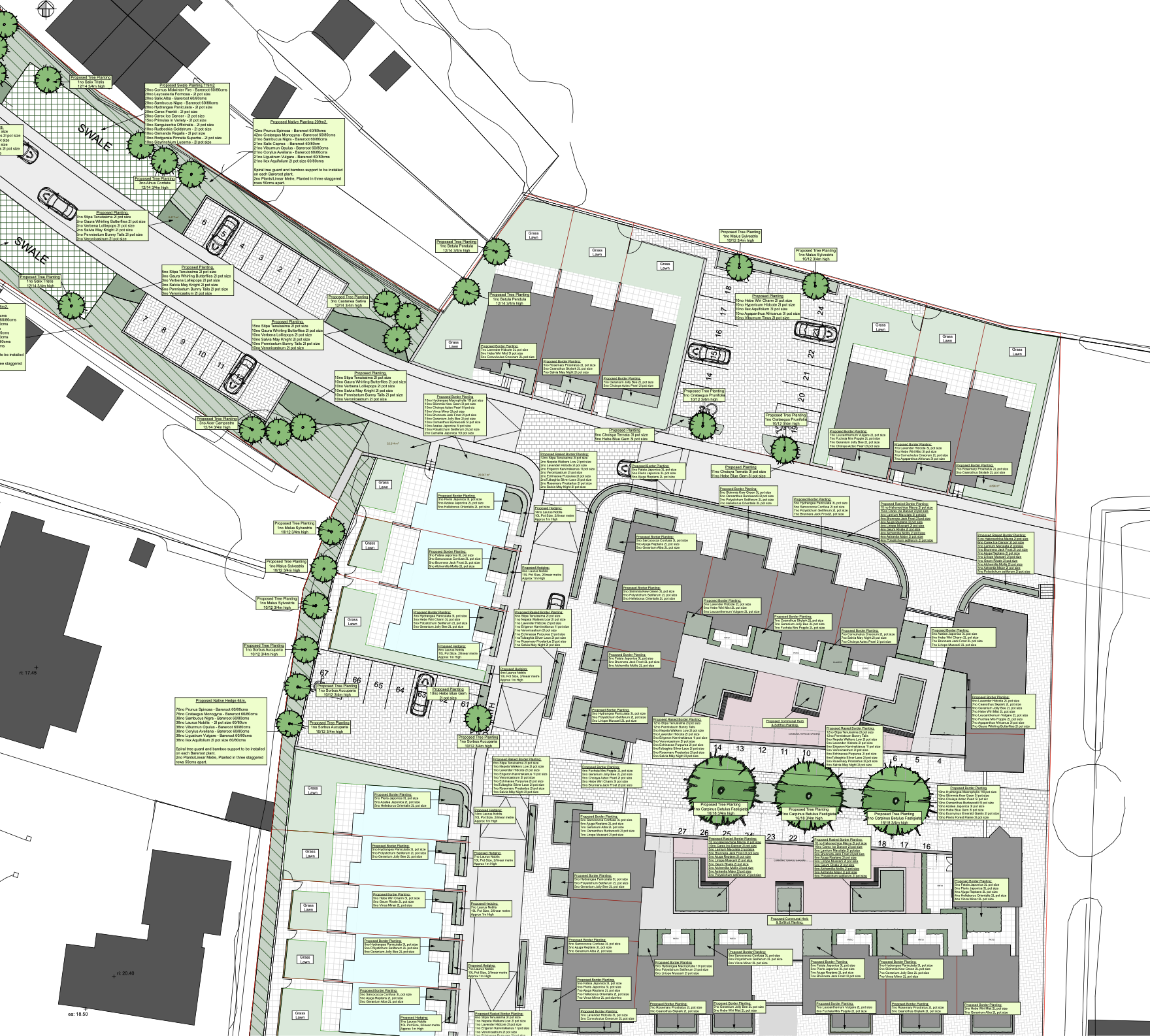 Pictured: The development will include 10 flats, 10 maisonettes, and 32 ‘dwellings’ , alongside the earmarked affordable housing.

The original proposal sparked such fierce kickback that a protest march was held in October 2017. A development framework was then published in 2018, reducing the number of proposed homes.

The DPA deferred the application, leading to this year’s revised submission.

The public has until the end of the month to make a representation, you can do that ONLINE HERE.