Plea to dispose of gloves responsibly 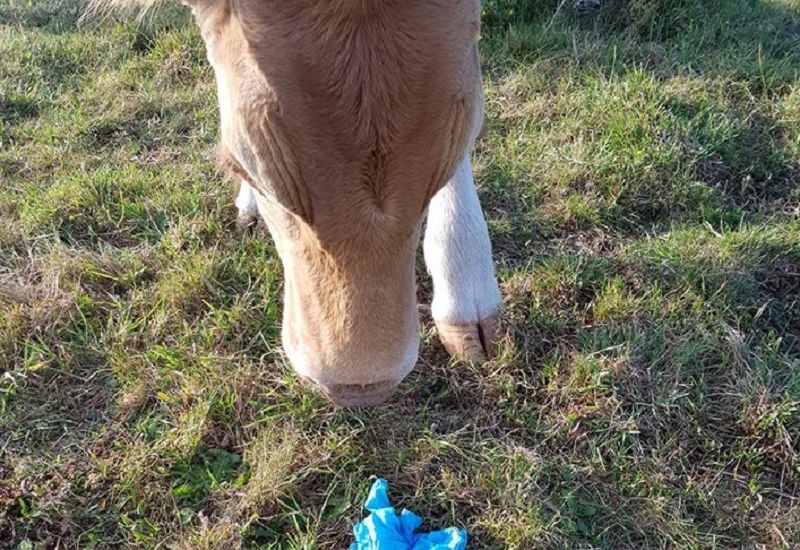 Plea to dispose of gloves responsibly

People are being asked to be careful when disposing of litter, after plastic gloves were found in the Conservation Herd's enclosure.

One of the steers was found sniffing at the rubbish, which had ended up in its enclosure in a field near L'Ancresse.

Conservation Herd Manager Julia Henney said there were dual risks associated with this litter - the damage it could cause one of the animals if they ate it, and the unnecessary risk of herd volunteers having to handle other people's plastic gloves.

"In most cases if the steer ate the plastic glove (or other litter such as plastic bags) it would pass through their digestive tract," said Miss Henney. "There is a chance, however, that if it didn't pass through it would become stuck in the steer’s stomach. Here it could never be digested and, just as we hear with many wild animals, a large blockage could prevent the animal from digesting food.

"The worse case scenario would be if the glove caused a blockage at the entrance to one of the steer’s stomachs (they have four) or somewhere in its gut, which could be quickly fatal. Whilst this is fairly unlikely, it is a risk which we don't want to take and is avoidable if people dispose of their litter correctly."

While the people who check on the herd have disinfectants available, having to handle items like plastic gloves when they don't know what they have been used for still carries unnecessary risk.

"Hand sanitiser is available for all the volunteers who visit the herd to undertake welfare checks, so in this case I collected the glove (and other litter inside the enclosure), placed it all inside a bag and then disinfected my hands. Again, the risks were probably very low - but it was a risk I'd rather not have to take."

Pictured top: One of the steers sniffing at a plastic glove (Picture by Julia Henney).

Getting children to engage with the environment