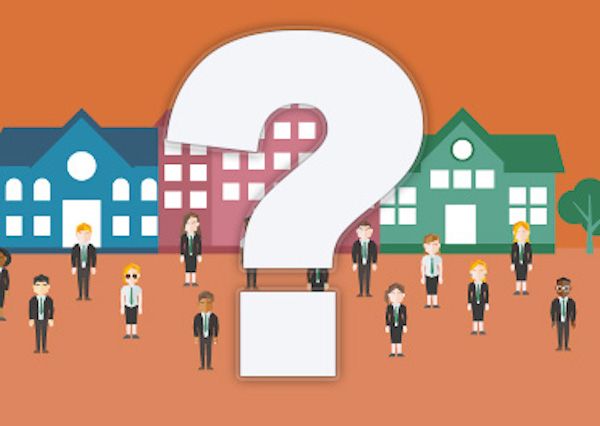 Public engagement is growing now a political decision has been made on the future direction of secondary school education in Guernsey.

Two petitions have been set up online, one supporting and one against the two-school model, while a protest is being planned against the approved plans.

Earlier this week, Express reported how a 14 year old student felt motivated to launch a petition in protest at the decision to approve a two-school model of secondary education. At the time Ieva Tulie who goes to La Mare de Carteret High said the petition had been set up "to prove that the majority of the people living in Guernsey do not want nor need a 2 school model".

The 14 year old told Express she launched the petition just hours after the debate ended on Friday: "to show the majority of the public do not want a two-school model", adding: "The response has been massive hitting more than 650 signs in just two days and I have no doubt that it will continue to increase". 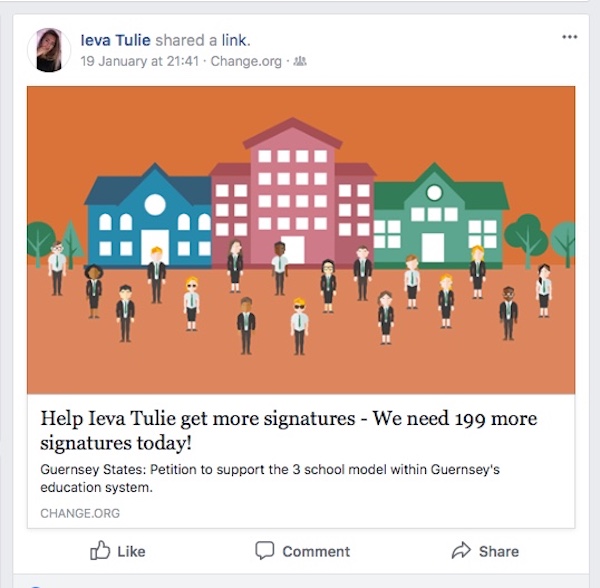 Following this, a second petition was set up, supporting the two-school model. It appears to have been started by Grant Hutchins and the petition itself includes the statement: "There is currently a campaign, apparently endorsed by the outgoing ESC, to discredit the 11-18 model endorsed by a 2:1 majority in The States recently. The aim of this counter petition is to show support for those who will have the task of making it happen, and to question the assertion that 'none of the people want what has been approved.' Furthermore, to encourage those critics to research what has been put forward and not dismiss it on the strength of unfounded scaremongering. This two school model will offer my children equality of opportunity not yet seen in Guernsey's historically elitist system". 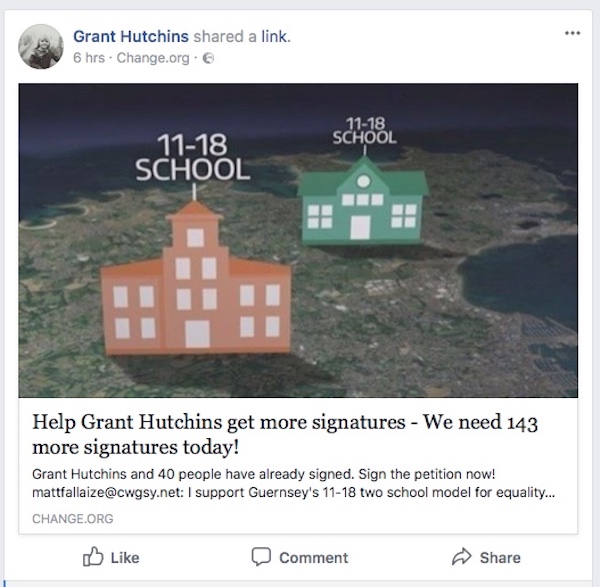 Pictured: The protest supporting the two-school model of secondary education

As well as those having their say online, a group of concerned parents are arranging a protest march again the two-school model. 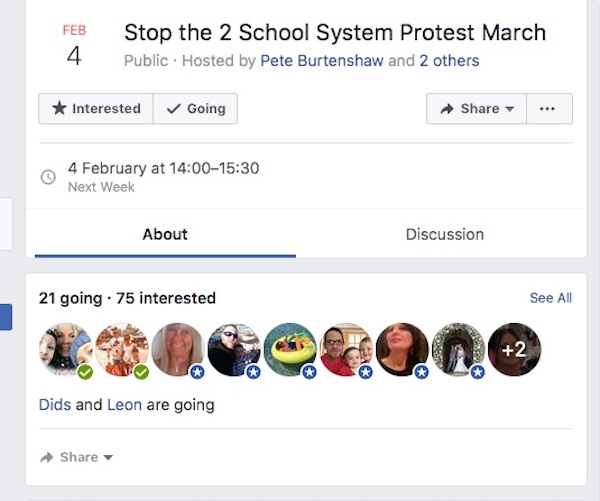 Pictured: The protest is being planned using social media to garner interest

Speaking to Express after the States decided to pursue the two-school model of secondary education, Deputy Matt Fallaize discussed some of the comments being made on social media: "I was shown a few comments on Twitter (Friday evening) but other than that I have not read social media for several days.  I know I have received dozens of e mails and these have been broadly balanced between those in favour of the States’ decision and those opposed to it.  I don’t think we can issue any messages to parents, students or teachers – not with any authority anyway – because the task of developing and implementing the Alternative Model falls to the CfESC and none of us are members of the CfESC.  All we can say is that, if that Committee resigns and we are elected to form a new Committee, we will be totally committed to developing the plans as swiftly as possible with the best long-term interests of the island in mind".