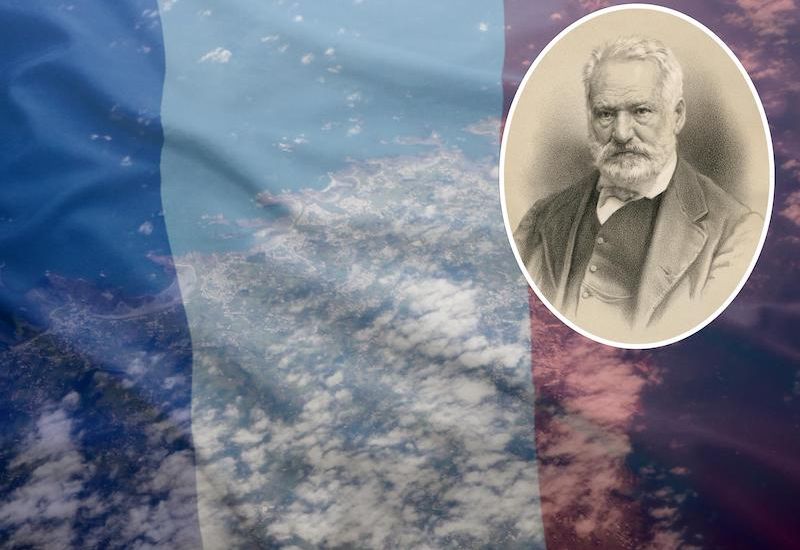 More than 30,000 people have signed a petition calling for teachers in France to have to teach students that Victor Hugo was racist.

It was launched earlier this month by Alexane Ozier Lafontaine, an 11th grade student studying for a baccalaureate in French Literature.

He wants Jean-Michel Blanquer - the French Minister of National Education - to amend the curriculum to "impose on French professors to no longer present Victor Hugo to us as a perfect man with no faults". 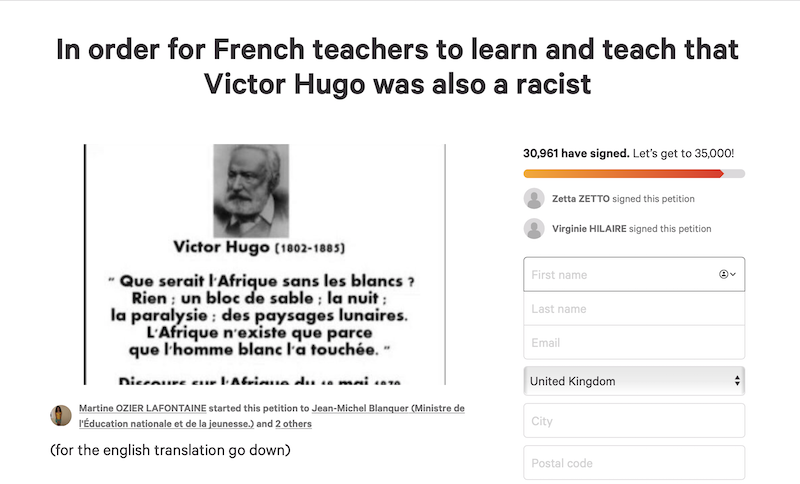 Pictured: The petition had reached more than 30,000 signatures by this morning.

Victor Hugo lived in exile in Guernsey for 15 years from 1855, having been forced out of his native France for his opposition to the regime of Napoleon III.

While living in Guernsey he finished his most famous work, Les Miserable, and wrote Toilers of the Sea and other notable pieces of literature.

With a statue of Victor Hugo looking out from Candie Gardens, his Hauteville House usually open to the public, and various other reminders of his life in Guernsey dotted around the island it is hard to ignore his time spent here.

He is considered a French icon and was famed for feeding the poor children of Guernsey, among other things during his time here.

However, Mr Ozier-Lafontaine, said he challenges the view of his French teacher who taught him that "Victor Hugo was a man of faith, who loved all humans, no matter their wealth, their age, or their social environment". 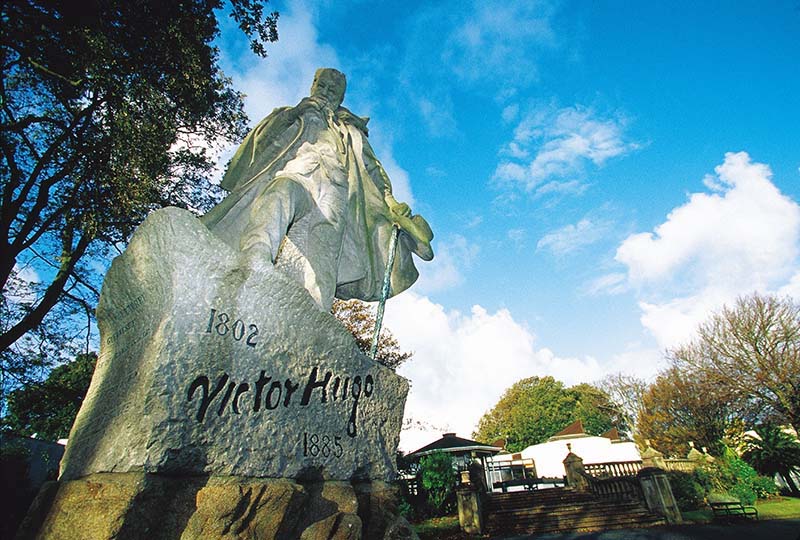 Alexane said that "by doing rummage, I learned that his love for humans had limits. I came across an article from the website 'afrikmag' about a speech that he held about Africa on May, 18th 1879, At a banquet commemorating the abolition of slavery."

Using Change.org to push for a change in the French curriculum, Alexane write that "this year, I became really aware of the impact that literature could have on our society. I've learned that it has always played a major role in the history of France. So as a French citizen, but also as a Slave descendant, I'm asking you, In the name of freedom, equality, and fraternity, to reform the curriculum of pupils of the first class of the French islands, but also of all France. Because  how can we tell young Martinicans, Guadeloupeans and other young French West Indians that they are French and equal to the French from France if we learn in school the words of a man who, only 138 years ago, made statements such as 'What would Africa be without the whites? Nothing: a block of sand; the night; Paralysis; Of the lunar landscapes. Africa exists only because the white man has touched it.' We can't.

"These words are shocking and we must, in the 21st century, no longer bury them as if nothing had happened."

Posted by Gary Blanchford on Jun 15th, 2020
Yet another example of selecting one short sentence or two from a different time and trying to turn the subject ( Victor Hugo) into a racist. The world is losing its sense of proportion and because of the power of social media, misguided individuals stir the pot and you can always find many who jump on the bandwagon of a petition. yes teach every aspect of history but here I believe the author of the petition is trying to twist history to suit his purpose.
Posted by Dave Vowles on Jun 16th, 2020
Totally agree
Posted by HomerSimpson59 on Jun 21st, 2020
Everyone in that era who was not black was racist, they did not know any better.
To place a comment please login Login »

Startups to benefit from accelerator competition