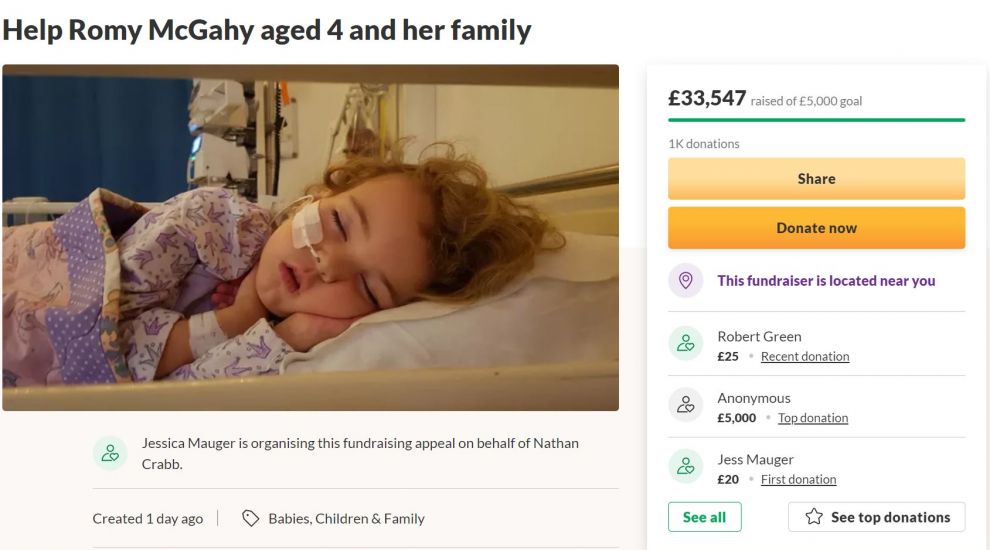 A fund-raising appeal for four-year-old Romy McGahy - who has been diagnosed with stage four cancer just weeks after starting primary school - has raised more than £33,000 from nearly 1,000 donations in just two days.

Romy is in Southampton with her parents, Helen and Tom, and little sister, Zephyr, as she undergoes treatment for neuroblastoma. Romy's cancer is considered aggressive and high risk. Around 50% of children with stage four neuroblastoma are cured of the disease and survive.

On Friday evening, friends of the family set up an online fundraising campaign with the goal of raising £5,000. But by late this afternoon they had already raised more than £33,000 from over 1,000 individual donations.

All donations are welcome and can be made ONLINE BY CLICKING HERE.

Mrs McGahy told Express that she and her family were amazed by how much money had been raised so far in such a short period of time.

"People just want to help and we are bowled over at how much it has raised and the generosity of people, many of whom we don't even know," said Mrs McGahy.

"Some of the anonymous donations have been large and I would like to personally thank everyone, including those who remain anonymous and complete strangers. It is amazing how people are helping and the generosity shown by the community.

"The fundraising has been an absolute godsend for us. I am a stay-at-home mum and so we live on one wage, which has meant living very frugally prior to this. The road ahead is going to be long and the money raised will help us to be with Romy and try to make life as normal as possible for her and her baby sister. We had been worried about how we were going to financially manage. This has lifted one burden." 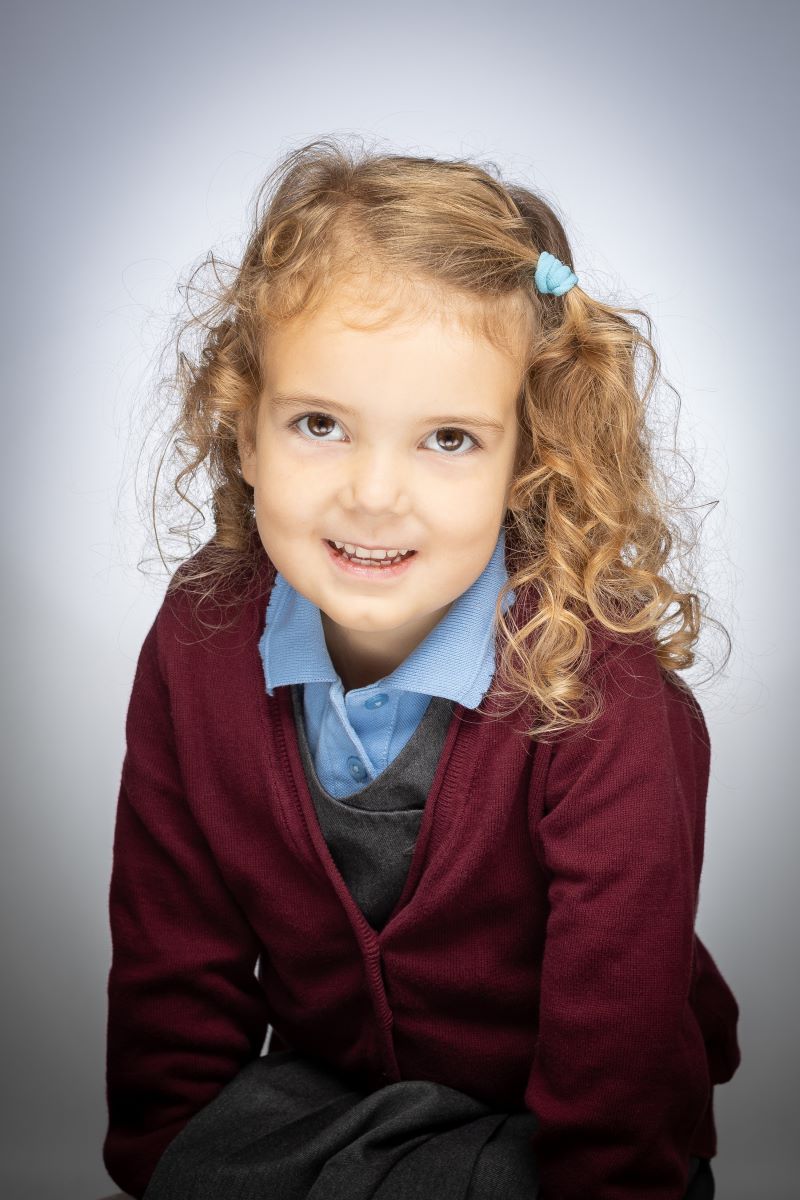 Pictured: Four-year-old Romy McGahy had just started at La Mare de Carteret Primary School when she was diagnosed with stage four cancer. She now faces a long and gruelling period of treatment. Her parents, Helen and Tom, are grateful for the support received from the Guernsey public. (Credit: Tim Langlois).

Jess Mauger, who has played a key role organising the fundraising campaign, said that friends of the family are desperate to help.

"Since Romy was diagnosed, things happened so quickly and many of the family's friends have felt helpless wanting to do something," said Mrs Mauger. "We are totally gobsmacked at how much money has been raised in such a short period of time. It clearly shows a very 'Guernsey Together' spirit to help one of our own."

Romy's mum said that her daughter now faces a long period of advanced and aggressive treatment.

"Following 70 days of intensive chemotherapy, her treatment is unclear but will include stem cell harvesting, a stronger form of chemotherapy, surgery if and when possible, radiotherapy and immunotherapy," said Mrs McGahy.

"Romy will need to stay in Southampton between treatments, so we definitely expect Romy to be in Southampton for a year, but treatments can be delayed depending on unexpected events and how she responds."

Romy's medical care is funded by the States. The Priaulx Premature Baby Foundation, which Mrs McGahy described as "amazing", has provided the family with use of a flat near Southampton Hospital.

"When this awful journey is over, anything [from the fundraising campaign] we don't need for living expenses will be donated to a few different charities already close to our hearts, including the Priaulx Premature Baby Foundation," said Mrs McGahy.

Pictured: The fundraising page for Romy and her family contains many messages of compassion and support as well as tens of thousands of pounds in donations.

Romy's mum said that Romy had been poorly for a few weeks before the family's life was turned upside down by her diagnosis.

"Romy is just four and had just started attending La Mare de Carteret Primary School in Reception," said Mrs McGahy. "She was enjoying school when a virus seemed to have caused mesenteric adenitis, which is swelling of the lymph nodes in her tummy, leaving her very lethargic and with no appetite.

"She was often attending school in the mornings only as she was too tired to do whole days. After four weeks of barely eating, we were awaiting a referral to a specialist to check whether her lymph nodes were indeed swollen. Following a visit to A&E one afternoon due to some neck pain, blood tests showed nothing out of the ordinary, so we were sent home.

"But an ultrasound scan the following day revealed she had an 18cm tumour in her tummy and our world was turned upside down. Romy never went home from that ultrasound appointment. I still have on me the shopping list she wrote of a few snacks she wanted to buy from the shop on the way home. 24 hours later we were on the children's cancer ward in Southampton.

Pictured: Romy was a popular child at Stepping Stones Pre-School until she left in the summer to start at La Mare de Carteret Primary School. Stepping Stones posted a moving message on social media and asked people to donate to the fundraising campaign for Romy and her family.