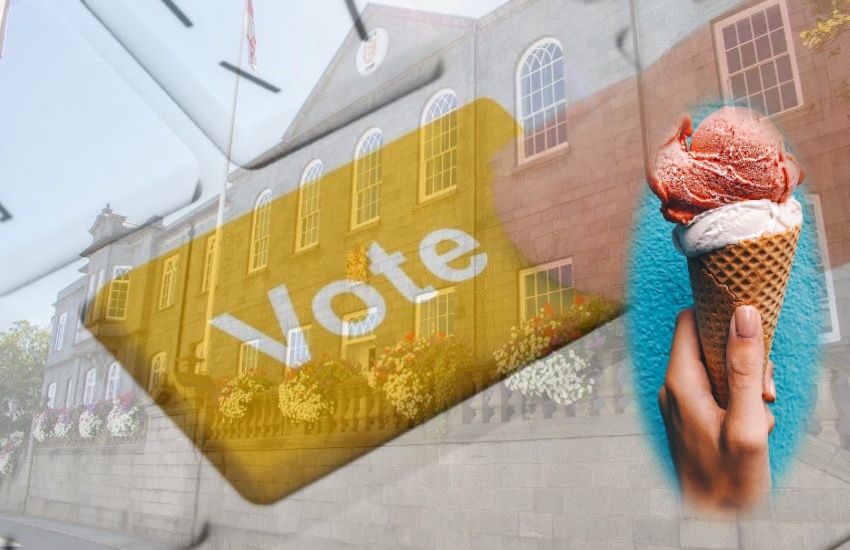 Politicians from across the Crown Dependencies visited Guernsey this week to discuss areas of mutual interest and to witness Guernsey’s new electronic parliamentary voting system in action.

The tech demonstration formed a part of the Crown Dependencies network event, which started on Wednesday and ends today, featuring delegates from Jersey, Alderney, and the Isle of Man.

Several local deputies showed off Simultaneous Electronic Voting, which was introduced with an initial hiccup in September, to the delegates.

They voted on several mock propositions including whether all schoolchildren and teachers should be provided with free ice cream throughout the summer term, whether to convert the model yacht pond into an ice-skating rink and establishing additional bank holidays throughout the year to mark the birthday of each deputy.

Other parliamentary quirks, such as the infamous guillotine motion and amendments to policy letters, were also simulated.

The votes were overseen by States’ Greffier Simon Ross, Deputy Greffier Emma Atkinson, and Matt Thornton and Matt Champion from Cortex Technologies, who developed the system.

Express understands that recent States’ IT issues, which resurfaced yesterday rendering the government website inaccessible, did not affect the functionality of the Simultaneous Electronic Voting system.

Pictured: Deputy Steve Falla was in attendance for the talk on elections.

A spokesperson for the States of Guernsey said the networking event “affords members from each jurisdiction an opportunity to discuss matters of shared interest and learn from the experience in other jurisdictions”.

The three-day itinerary included a series of talks and discussions, as well as the opportunities for private meetings to take place.

Steve Williams and Victoria Slade, the outgoing and incoming Chief Executive of the Guernsey Housing Association respectively, held a talk in the Royal Court on the housing crisis in the Crown Dependencies.

Election day in the States