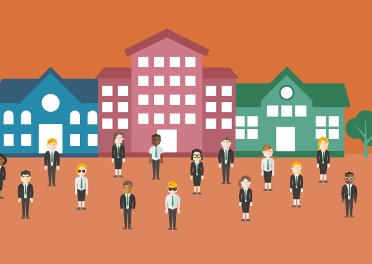 A public meeting discussing the alternative proposals for secondary education, was attended by hundreds with thousands more people watching it via a Facebook stream.

Of the more than 1000 comments on the States of Guernsey's public Facebook post, many parents were expressing concerns over the suggested two-school model, with some saying they felt the proposals were too vague.

A public meeting discussing the two-school model was held at Les Cotils on Thursday 11 January. Hundreds of people attended with the doors closed on some members of the public and States Members as the room was full. A television was set up in a second room so the meeting could be streamed there along side the Facebook live stream.

The meeting was led by the 'gang of four' with speeches also given by a headteacher from a UK academy. Will Morgan spoke of the inclusive nature at the Cotswald School, which was rated highly by Ofsted.

Some parents commenting queried whether this school was a good example to use as it is not in an area comparable to Guernsey. Commenting publicly on Facebook Ross Le Brun said such a large school would not work in Guernsey in his opinion: "The head of the Cotswolds school just admitted he has no idea who his own pupils ae so thats a good advert for big schools!".

Another parent, Juliette Thoumine, left the meeting more confused than before: "At the meeting I felt really they are just deciding on what buildings they are making, everything else was very very vague". She added: "They haven't spoken to students or staff in the schools".

Andrew Ogier voiced some of the concerns which have previously been raised about adopting two larger schools in Guernsey: "If we moved to a two-school model, how much will the roadworks cost to adjust our roads to be able to handle the sheer volume of traffic travelling to two single destinations, island-wide?"

Teaching staff, including primary school headteachers and secondary school teachers were among those voicing concerns too:

There was some support for the two-school model from those commenting on Facebook, with Jo Steer one of those wanting more information before any decisions are made: "I think he has some really good points, which is why we need more time before making a massive decision. Keep the old system until a formal plan is in place".

The States of Guernsey will then debate the proposals in a meeting due to start on Wednesday 17 January.