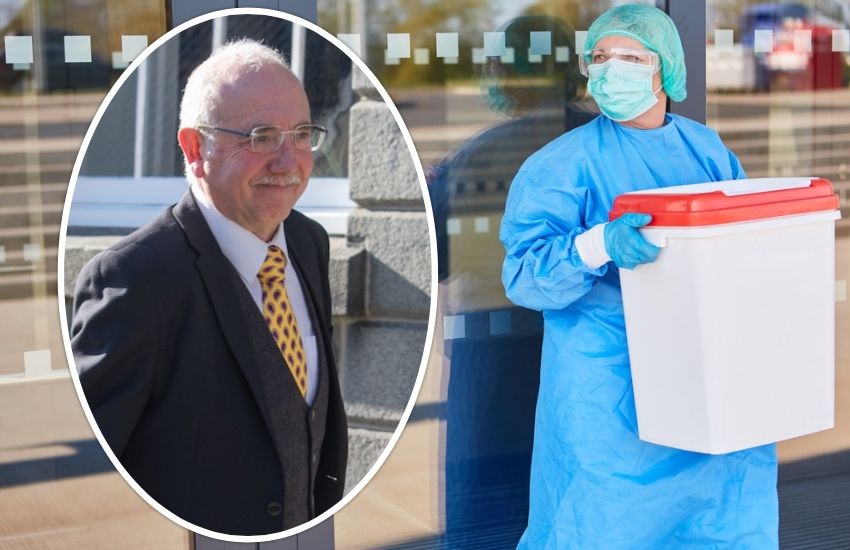 Changes to the legal consent mechanism for organ donation from an ‘opt-in’ system to an ‘opt-out’ system are expected to come into force from 1 January next year.

From this time, there will be a legal presumption in favour of organ donation known as deemed consent. The States say that families will also be consulted in these instances after a death.

People can still formally register to not have their organs donated after their death, but this will have to be done proactively.

The States argue that whilst some jurisdictions do not consult an individual’s families’ members who have not registered their donation decision, this will not be coming into force in Guernsey.

Children, individuals who lack capacity, and those who were not ordinarily resident in the Bailiwick in the 12 months prior to their death are excluded from the deemed consent system. 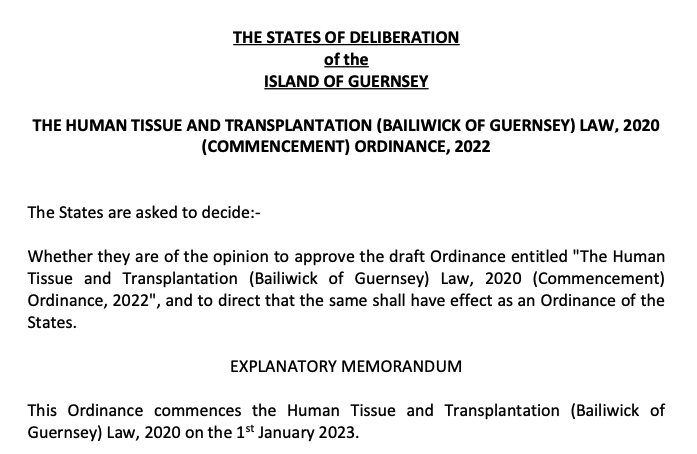 Pictured: The above commencement ordinance will be laid before the States of Deliberation this year, with the date yet to be confirmed, and it must be approved by a majority of deputies.

Deputy Al Brouard, President of the Committee for Health & Social Care, said that since the States agreed to the law change in 2020 it has now received Royal Assent, and a commencement ordinance will brought before the States later this year.

“An individual who decides to donate their organs in the event of their death can save the lives of up to 9 people. This is a fantastic gift for those families,” said Deputy Brouard.

“I would urge everyone to speak to their family and friends about organ donation so that their views are clearly understood and register those views accordingly. Organ donation remains your choice."

You can record your decision to donate, or not as the case may be, on the NHS organ donor register HERE.

However, if a decision about organ donation is not recorded for you - and you are not in a group excluded from opt-out legislation - it will be considered from the start of next year that you agree to be an organ donor.