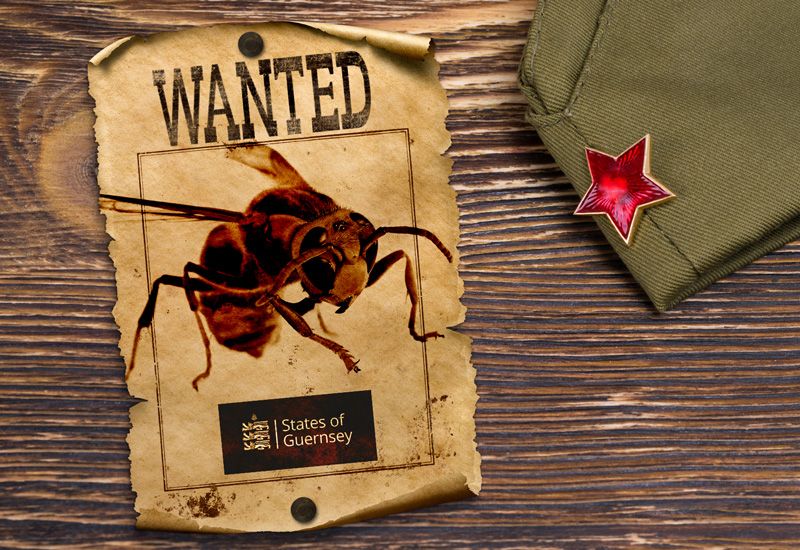 A strategy is being put into action to "reduce the risks posed by the invasive, non-native Asian hornet" across the Bailiwick ahead of summer 2019.

It'll run for three years after the idea was endorsed by the States' Environment & Infrastructure Committee last year. The Agriculture, Countryside & Land Management Services team have now got everything in place to get started.

That includes employing two more staff - to be a Project Coordinator and a Field & Research Officer who will deliver the strategy.

Their work will start with a comprehensive island wide move to trap queen Asian hornets as they emerge from hibernation. Trapping the queens before they have the opportunity to raise their young and build huge nests is going to the project's main priority. 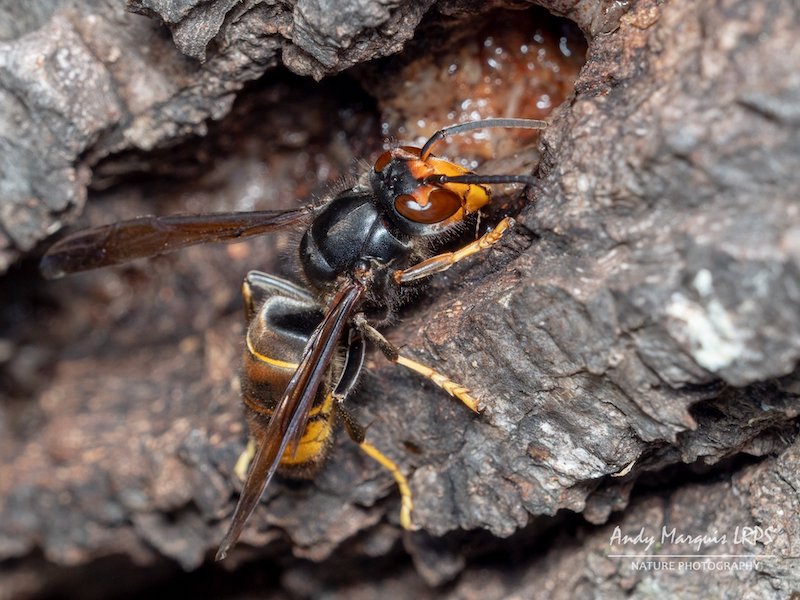 Queen hornets live in isolation for a few weeks in spring which makes them easier to capture. Asian Hornet above, photographed by Andy Marquis.

For every queen caught during this critical time, it'll mean there's potentially one less nest to have to control later in the year.

As a large nest can hold as many as 5,000 hornets, that means there's a real risk to the public, and can cause significant harm to the island's native insect populations, such as bees. If successful, “Spring Queening” will reduce the development of secondary nests during the year, restricting the growth of the hornet population on Guernsey.

After emerging from hibernation a queen hornet will travel up to 1km foraging for nectar sources and building up reserves before she starts nest building.

The plan is to set up a total of 282 specially baited traps, spaced approximately 500m apart, to stop that happening, by covering the whole of Guernsey in an attempt to capture as many of these spring queens as possible. 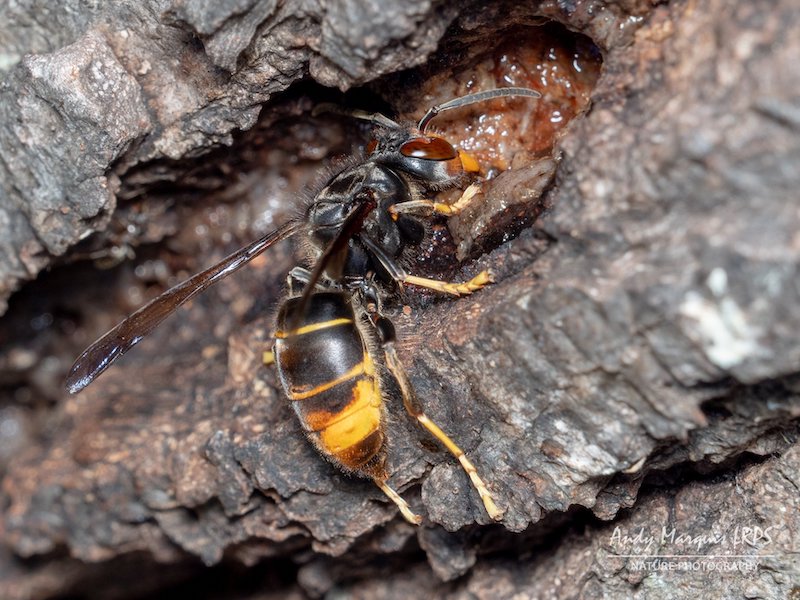 The spring trapping programme will include measures to reduce the capture of non-target insects. Specific bait will be used which does not attract beneficial insects such as bumble bees and hover flies, and traps will be modified so that any smaller insects which are caught are able to escape and will not drown. Asian hornet above photographed by Andy Marquis.

“Over the last two years the number of Asian hornet nests found in Guernsey increased from 2 in 2017 to eight in 2018. Based on the evidence available from France, Spain and Jersey, it is predicted that if no action were to be taken, over 50 nests could establish in 2019 and by 2020 this could rise to over 150 nests," Francis Russell, the Strategy's Project Coordinator, said.

"We cannot emphasise enough the importance of the help we’ve received from members of the public reporting potential Asian hornet sightings last year alongside efforts currently being made by the Guernsey Beekeepers Association. The aim is to ensure that we can keep the populations of Asian hornet as low as possible, to protect public health and the island’s biodiversity, and we will be most grateful for the assistance of the public with the Spring Queening project.” 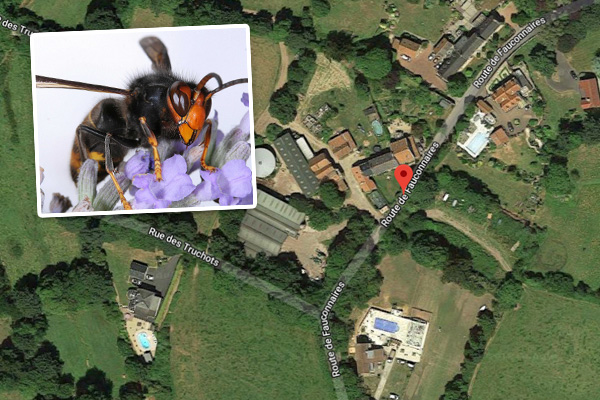 Over the next few weeks staff will be making contact with individual land owners, NGO’s and householders to ask them to take part in the “Spring Queening” Project. Volunteers will be sent an information pack with full instructions on how to put up a trap on their land and what to do if they catch an Asian hornet.

The same systematic method of trapping will be rolled out across Alderney, Herm and Sark in order to trap and kill queens and to reduce the risk of reinvasion from established colonies that avoided control in previous years. 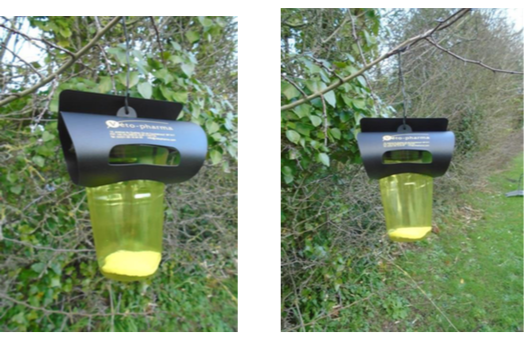 The traps used for capturing the hornets.

The Asian Hornet Strategy will be reviewed each year at the end of the autumn season.

Julia Henney, Biodiversity Education Officer, commented: “The Spring Queening programme being rolled out by ACLMS is very exciting – it has the potential to offer a real solution to the threat of invasion by Asian hornets and, the measures in place to avoid the trapping of our native insects means our local pollinators will be well protected.

The spread of Invasive non-native species, including Asian hornets, is the second largest driver of biodiversity loss across the world. So initiatives such as this, which aim to stop them from establishing in Guernsey is a very positive step for the island, and I would encourage allislanders to give it their support.”